With the heavyweights in the rally retiring, it was Chetan Shivram and Dr. Bikku Babu taking the win in the K-1000 rally, INRC Round 4, in a surprising twist on the final day. 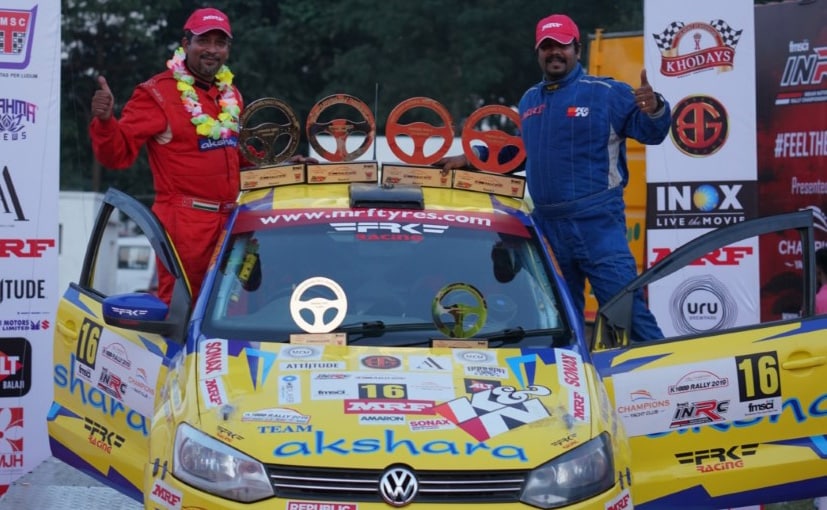 It was a surprise finish this year in the legendary K-1000 Rally as Chetan Shivram and Dr. Bikku Babu made a strong recovery to claim a 1-2 finish the fourth round of the 2019 Indian National Rally Championship (INRC). The top drivers including Gaurav Gill, Dean Mascarenhas and Fabid Ahmed pulled out earlier than expected, while Shivram and Babu, starting at P4 and P5 respectively, preserved their cars for most of the rally before going all out in the final stage to the top spots.

Defending champion and overnight leader Gaurav Gill was among the biggest casualties on the final day with a mechanical issue. The driver's Mahindra Super XUV300 refused to start in the morning, while his JK Motorsport teammates had little luck allowing the MRF drivers to dominate rest of the day. JK's Dean Mascarenhas took the lead briefly and even won Special Stage 5 (SS5), but fell off contention in the next stage, leaving the field for championship leader Fabid Ahmed. But the MRF driver suffered a puncture and had to retire as well, as a result.

Akshara's Chetan Shivram with co-driver Dilip Sharan had picked up another victory in Round 2 this season in a similar fashion, and has emerged as the overall INRC leader. Shivram won the rally in his own category as well - INRC 3 with an overall timing of 1:47:37:300 hr. In comparison, Dr. Babu with co-driver Milen George of Team Champions made it to second place by a gap of just 12 seconds, with the driver finishing ahead of Chetan in the day's first stage - SS5, while even beating him to post in the final stage - SS8. He also bag the runner-up position in INRC 2.

Speaking about the unexpected result in the K-1000 Rallly this season, Hema Malini Nidamanuri, co-promoter of the INRC, said, "The top guns may not have fired today but we couldn't have hoped for a more thrilling finish. It was good to see so many of the INRC 2 and 3 teams making a mark here, ahead of the known champions."

In the SUV Challenge, Gagan Karumbaiah of Team Champions took the first place to all but seal the 2019 title.