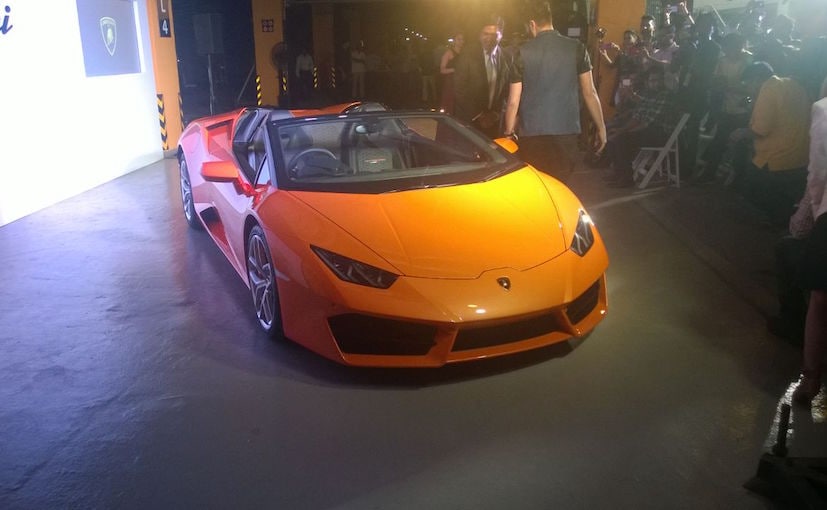 Further expanding the Huracan family, Italian supercar maker Automobili Lamborghini has launched the new Lamborghini Huracan RWD Spyder in India. Priced at ₹ 3.45 crore (ex-showroom, Delhi), the supercar is the droptop version of Lamborghini's Huracan RWD coupe that was launched in India in 2015. The launch happened amidst utmost style and fashion at the Lakme Fashion Week 2017, keeping thing as fashionable as it gets.

The new Lamborghini Huracan Spyder is also the second convertible Huracan in India after the Huracan Spyder LP 610-4, which was introduced last year. That one though is an all-wheel-drive (AWD) model, whereas the new RWD Spyder employs the exciting rear-wheel-drive (RWD) setup, specially re-engineered for enthusiasts who favour two-wheel drive performance. 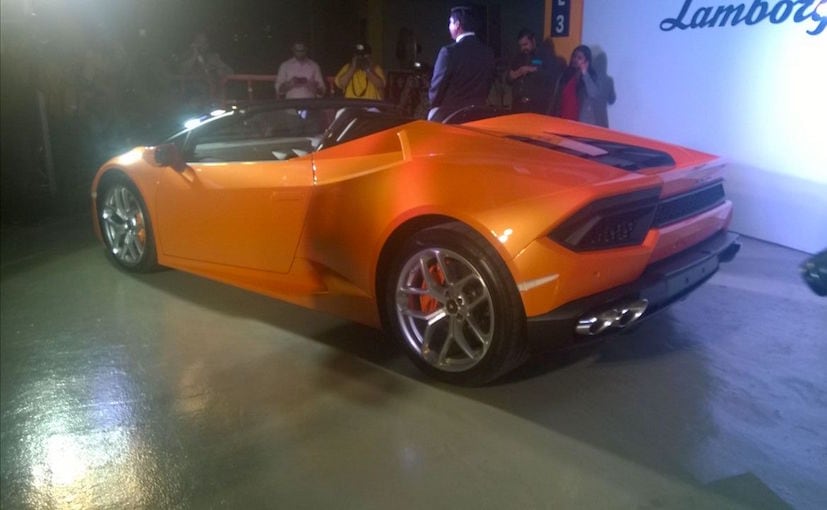 As for the interior, Lamborghini offers a host of styling options, but the Lamborghini yellow trim gets an all-black cabin with the company logo imprinted on the headrest and yellow detailing all over.

Powering the new stylish droptop raging bull is a 5.2 litre V10 motor tuned for a whopping 580 bhp while developing peak torque of 540 Nm. Transmission duties are handled by a 7-speed dual clutch gearbox that sends power only to the rear wheels, which is assisted by a rear mechanical self-locking differential. Like the coupe, the Huracan RWD Spyder can do the 0-100 kmph sprint in just 3.6-seconds, before reaching the top speed of 319 kmph.

The rear wheel drive Lamborghini Huracan Spyder is now available for bookings at a dealership near you and will command a minimum waiting period of four months.