Mahindra has registered different iterations of the name 'ScorpioN' and 'Mahindra ScorpioN' to be trademarked, and it's possible it could be the name of the next-generation Scorpio or a special/sporty variant of the SUV. 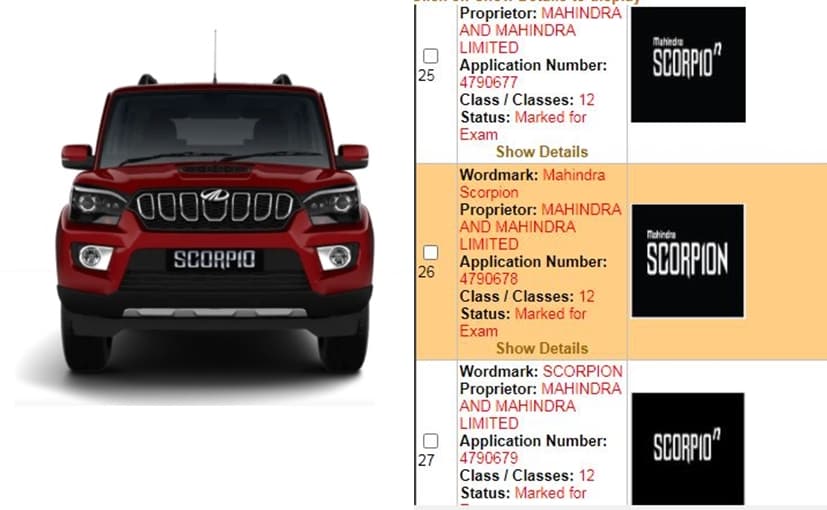 Mahindra and Mahindra has applied to trademark the name Mahindra ScorpioN in India. According to recent listings on the Ministry of Commerce and Industry's Patent Design and Trademarks website, the company has registered different iterations of the name 'ScorpioN' and 'Mahindra ScorpioN' to be trademarked. Currently, all names are tagged as 'Marked for Exam' which implies that the trademark application has been taken up for examination or is due to be examined shortly by the Trademark Office. The listings say that all the names were applied on December 22, 2020. 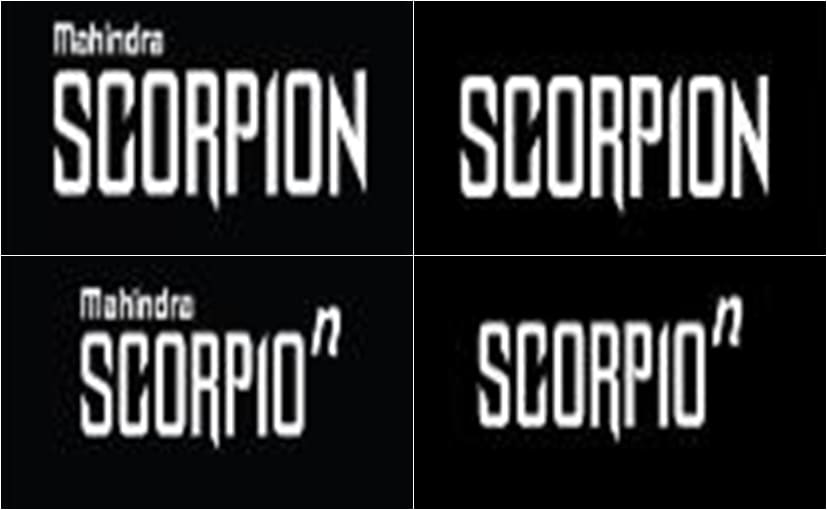 Now, earlier this year, Mahindra had also trademarked the name 'Scorpio Sting' in India, and back then it was believed that it could be the name of the next-generation Mahindra Scorpio or possibly a final edition of the outgoing generation version of the popular SUV. And we believe the same could be the case with the recently registered ScopioN as well. You see, just because a company trademarks a name doesn't really mean that it will use it, so, it is possible Mahindra is banking different name options for the next-gen Scorpio. On, the other hand, Mahindra ScorpioN could also be the name of a special/sporty variant of the SUV that could feature a more powerful engine or sportier styling.

Also Read: Mahindra Trademarks 'The Scorpio Sting' Name; Could It Be The Next-Generation Scorpio Moniker? 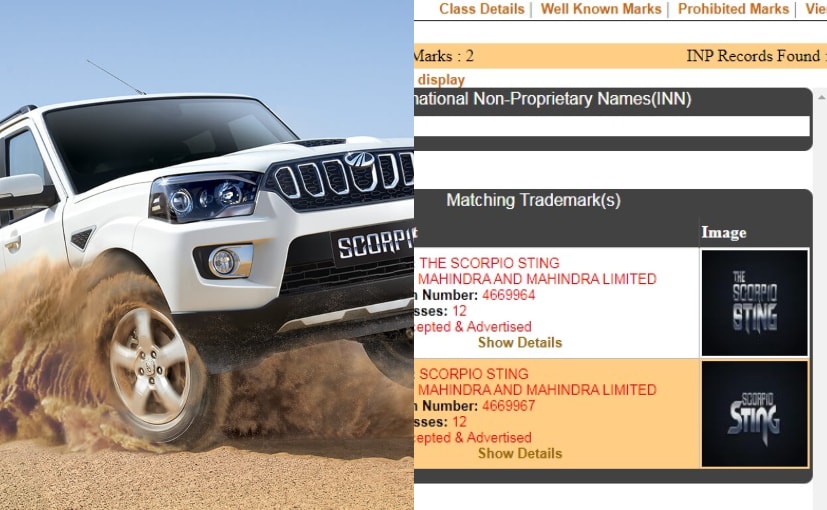 Earlier this year, Mahindra had also trademarked the name Scorpio Sting in India

The new-gen Mahindra Scorpio will come with the company's latest 2.0-litre mStallion turbo petrol engine that debuted on the Thar earlier this year, and it can produce 150 bhp and up to 320 Nm of peak torque. The Scorpio will also get the updated BS6 compliant 2.2-litre mHawk diesel that develops 130 bhp and 320 Nm of peak torque. The new version is likely to come with a 6-speed manual and an optional 6-speed torque convertor automatic unit. 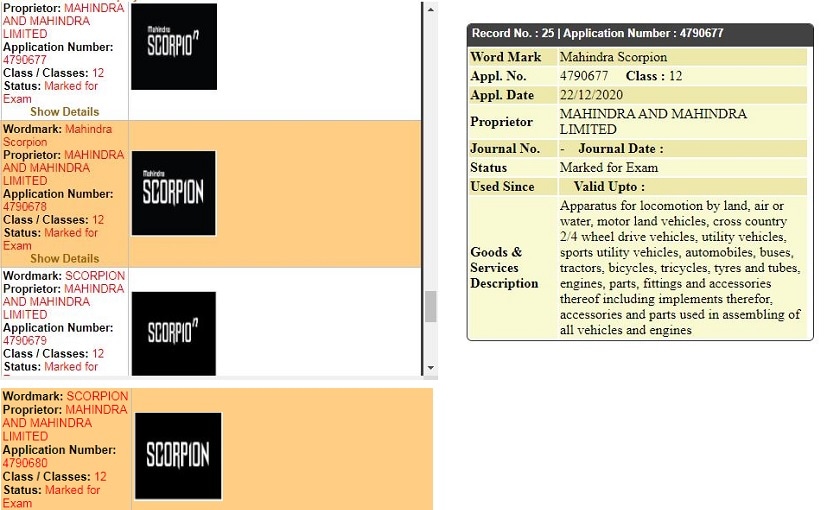 While Mahindra has registered the names, it doesn't necessarily mean the carmaker will use them

The new-gen Mahindra Scorpio is slated to be launched in India next year, during FY2021-22 fiscal year. And that is when we are likely to know more about these different iterations of the Scorpio name trademarked by the carmaker. The new-gen Scorpio will be built on the company's new ladder-on-frame chassis and will come with a host of premium features and improved safety tech.