The MG Gloster SUV was launched in the country in October with a starting price of Rs. 28.98 lakh (ex-showroom, India). 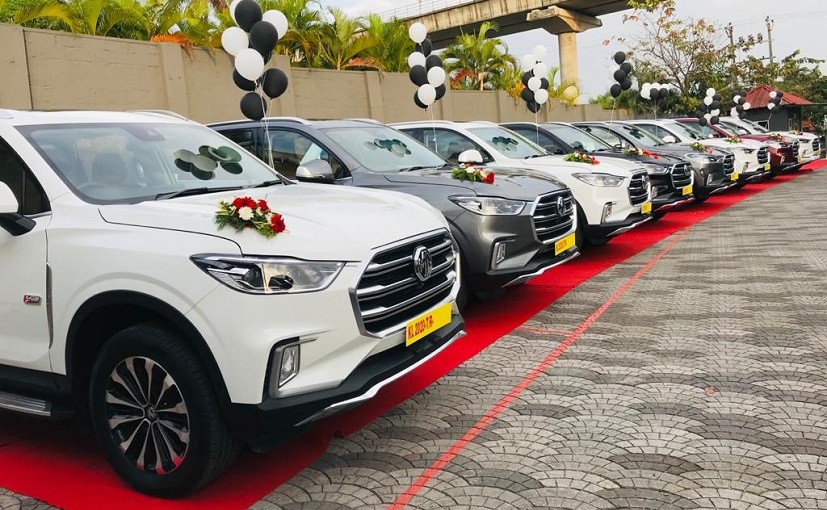 MG Motor India has delivered seven Gloster SUVs to its customers in one day in Cochin, Kerala. The SUV was launched in the country in October with a starting price of ₹ 28.98 lakh (ex-showroom, India). The flagship model from MG is India's first autonomous level 1 premium SUV to come with advanced driver assistance systems. It is the third product from the British-brand in India after the Hector and ZS EV. The company retailed 4,163 units last month registering its highest ever retail sales in November with a growth of 28.5 per cent. 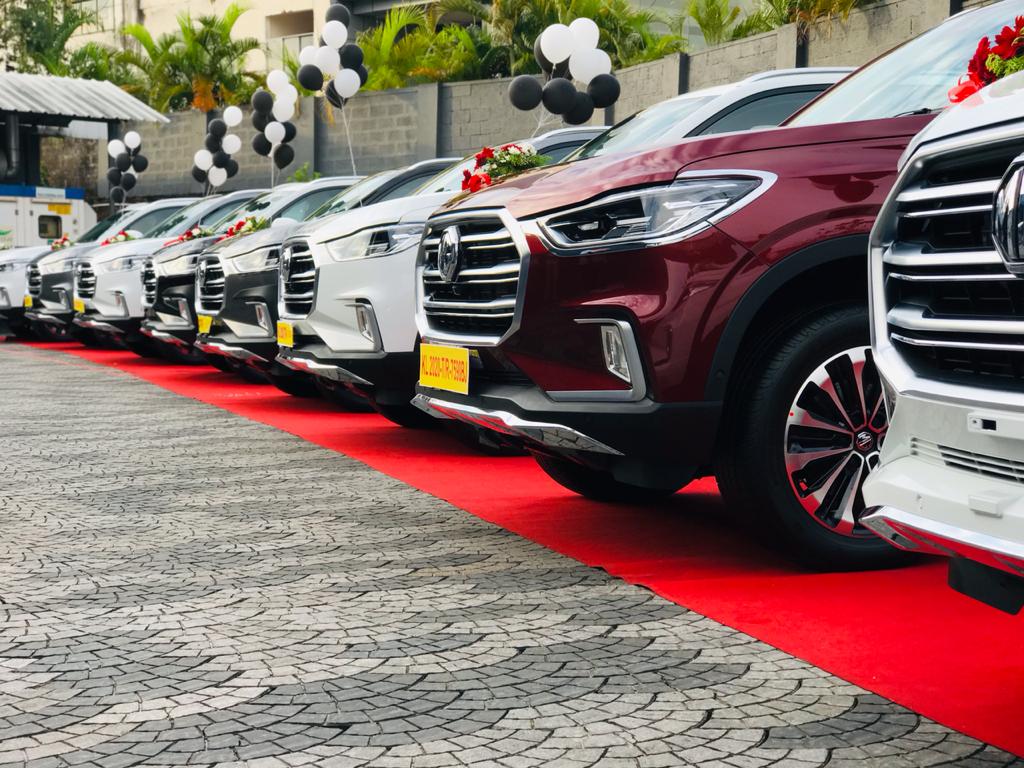 The carmaker retailed 627 units for the Gloster SUV in its first month. Also, the SUV has received a good response from the Indian market with more than 2,500 bookings so far. It also sold 3,426 units and 110 units of Hector and ZS EV in the Indian market.

The Gloster is available offered in four variants - Super, Sharp, Smart and Savvy. While the base Super variant comes only as a seven-seater, the Smart and Savvy variants are offered as a six-seater only. Moreover, the Sharp trim is available in both six-seat and seven-seat configurations. It is loaded with a range of segment-first features like autonomous emergency braking, auto park assist, adaptive cruise control system, lane departure warning, collision avoidance system (CAS).

Mechanically, the MG Gloster comes with a choice of two diesel engines - a 2.0-litre turbo diesel and a 2.0-litre twin-turbo diesel. The former is offered in the base Super and Smart trims whereas the latter is available on the Sharp and Savvy variants. Both engines are paired to an eight-speed automatic transmission as standard. The 2.0-litre twin-turbo engine puts out 215 bhp and class-leading 480 Nm of peak torque.