The MG ZS EV is part of a convoy that includes electric passenger vehicles and buses and will be covering the Delhi-Agra stretch via Yamuna Expressway. 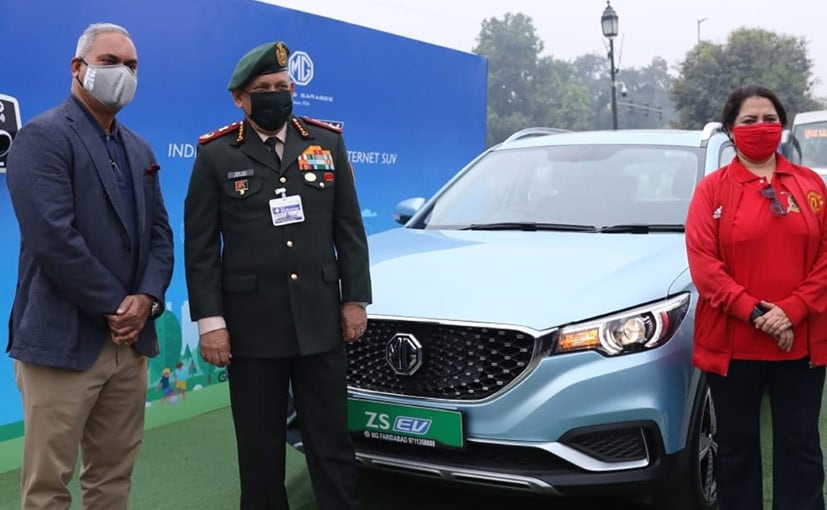 For the first time ever, the Government Of India is conducting a tech trial run for electric vehicles in India starting from Delhi to Agra and MG Motor India is participating in the event with the ZS EV. With the tech trial run, government has started taking small steps with its mission to put more electric vehicles on Indian roads. Conducted by National Highway for Electric Vehicles (NHEV), the trial run is basically a showcase for potential investors. The NHEV aims to make the Delhi-Agra-Jaipur triangle an e-highway, which means charging kiosks at convenient spots and other facilities for EVs.

The MG ZS EV is part of a convoy that includes electric passenger vehicles and buses. The NH for EV2020 Tech Trial Run was flagged off by ministers including Meenakshi Lekhi, Member of Parliament - New Delhi and Chairperson - NDMC, Faggan Singh Kulaste, Union Minister of State in the Ministry of Steel and General Bipin Singh Rawat, Chief of Defence Staff among other senior dignitaries from the government. 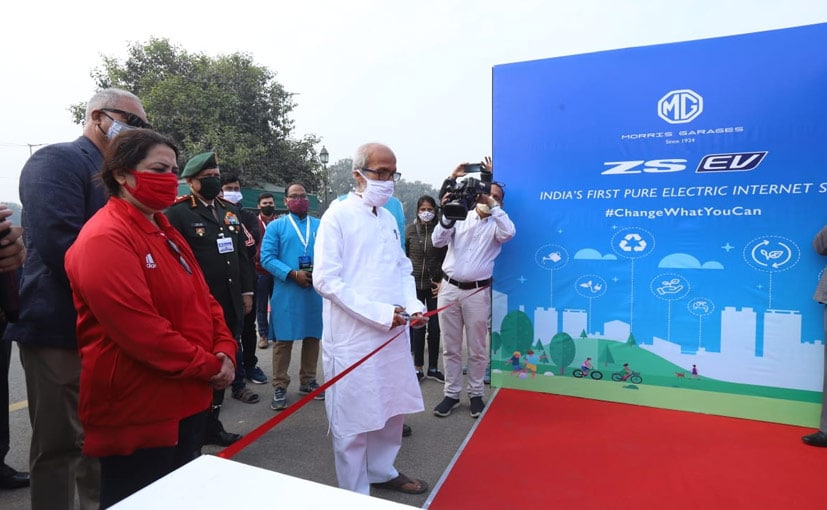 Meenakshi Lekhi- Member Of Parliament, New Delhi and Chairman- NDMC along with other dignitaries at the ribbon cutting ceremony.

The MG ZS EV is powered by a 44kWh IP6 certified battery pack which offers an electric range of 340 kms on a full charge and in fact, the Chinese carmaker is aiming to cover the stretch in a go without any charging top up. Commenting on the launch of the EV Tech Trial Run from Delhi to Agra, Rajeev Chaba, President and Managing Director, MG Motor India said, "We are proud to participate in the first-ever tech trial run from Delhi to Agra with the ZS EV. With its commendable range of 340 kilometers on a single charge, vehicles such as ZS EV are ideal for Delhi-Agra commutes. We would like to thank #NHforEV2020 for bringing together senior government leaders, EV players, and local supply chain stakeholders to nurture and build the EV ecosystem in India." 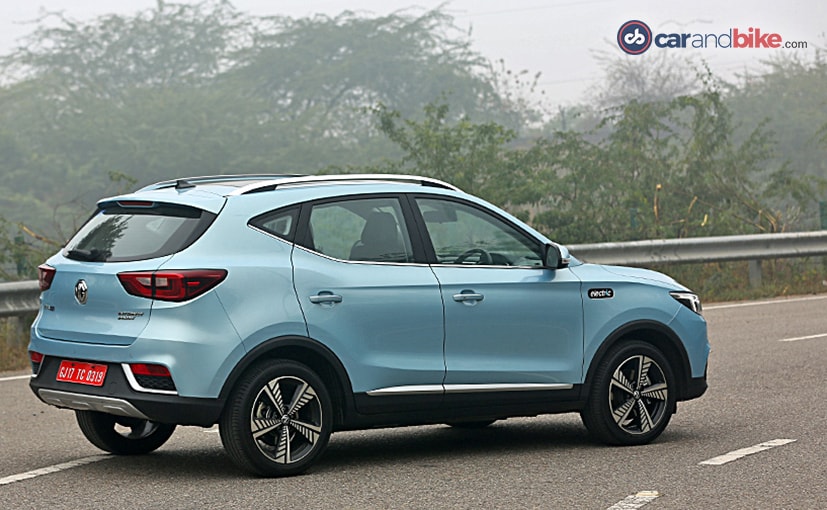 The trial run is being conducted to test the viability of Yamuna Expressway as an e-corridor for public EV transit. The trial run primarily focuses on the charging infrastructure set up as well as roadside assistance services along stretch.