New Suzuki parallel-twin engine is expected to have around 700 cc displacement and will be used in the new range of Suzuki's middleweight bikes. 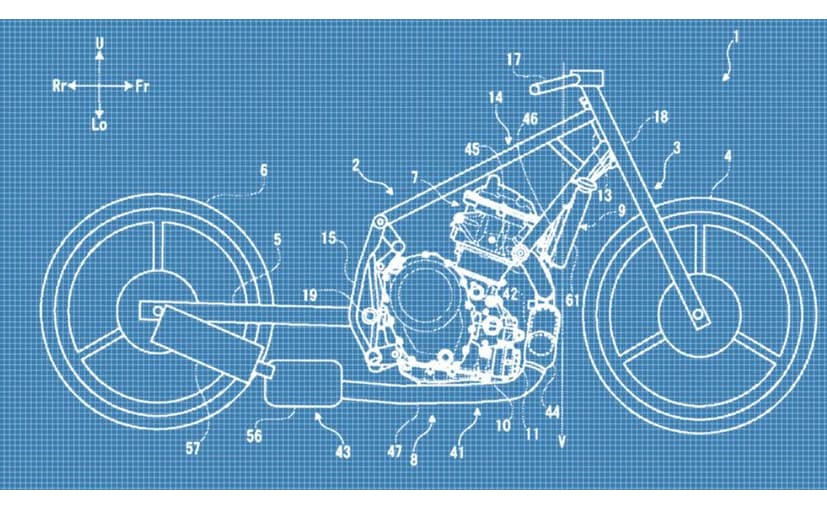 Latest patent images filed in Japan last year, but only released now, reveal a new middleweight parallel-twin engine being developed by Suzuki. The engine may be a new parallel-twin but in fact, Suzuki has been working on a turbocharged version for some time now. First unveiled as a SOHC, 588 cc, turbocharged unit in the Recursion concept in 2013, the engine was showcased in concept form as the 700 cc, DOHC XE7 two years ago. The latest patent filings show a naturally aspirated engine, similar to the XE7, but without a turbo, and with a simpler layout.

The idea behind the new engine may be to power Suzuki's middleweight roadsters and even touring bikes with an engine which is cleaner to meet emission regulations of the future. The patent images show the layout and position of the catalytic converter, which is placed diagonally across the front face of the engine. Placing the catalytic converter at that position has its advantages. It ensures the catalytic converter is close to the exhaust ports, which makes it heat up to operating temperature quickly after the engine starts, and also allows it to be long and wide, without sacrificing ground clearance, if it was positioned below the engine. 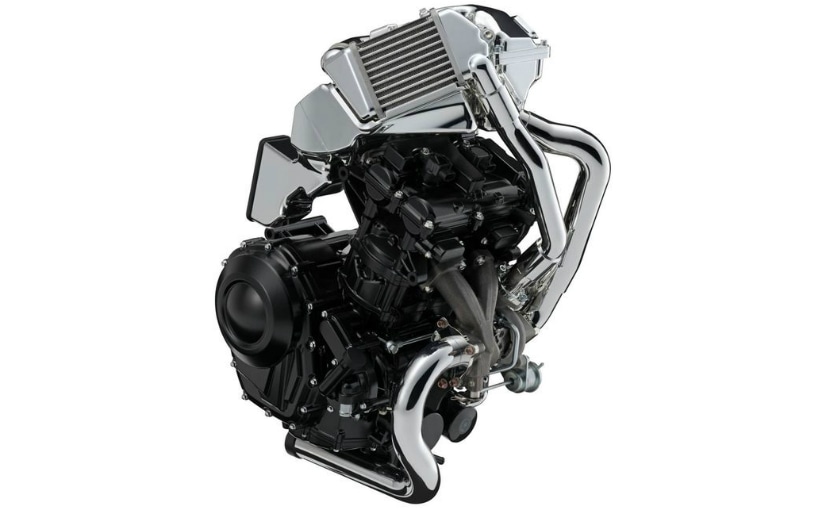 With roughly around 700 cc displacement, the naturally aspirated parallel-twin Suzuki seems to be working on will rival the likes of the Kawasaki Ninja 650 and Z650 models, as well as the Yamaha MT-07. The engine is expected to make around 70-80 bhp of power and will also be used in one or two Suzuki middleweight models, that will also rival the upcoming Triumph Trident. The new parallel-twin engine will likely replace the 650 cc v-twin, used in the Suzuki V-Strom 650 here in India, and on the naked Suzuki SV650, one of the popular middleweight nakeds in Europe. The engine has the catalytic converted positioned diagonally across the front

The new parallel-twin 700 cc will not only be cleaner in terms of emissions, but will also provide a modern alternative to the old 650 cc v-twin. A parallel-twin also has a more compact design, with half the number of camshafts, and a simpler cam drive system. There's also just one cylinder head instead of two on the v-twin design, and with less engine components, there's bound to be some price and cost advantage while mass producing the engine as well. 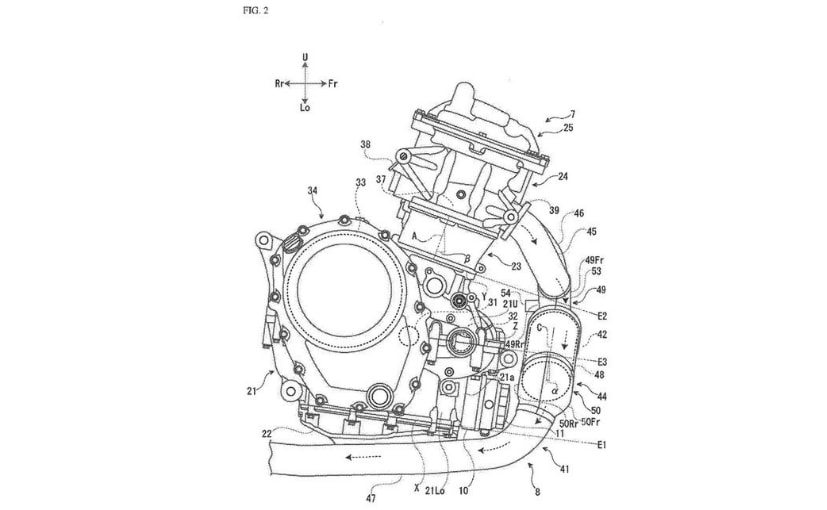 So far, there's no news of an actual bike under development with the new engine, and all we have are patent drawings. But considering the latest Euro 5 emission regulations will come into force soon, Suzuki may be looking at introducing this new engine soon, maybe even as early as 2021, with a new middleweight naked, and possibly even a new adventure tourer to replace the Suzuki SV650 and the Suzuki V-Strom 650.