The Skoda Rapid nameplate will continue to exist in select markets and the next-gen model is likely to be based on the MQB platform. The car is expected to be revealed by the end of 2019. 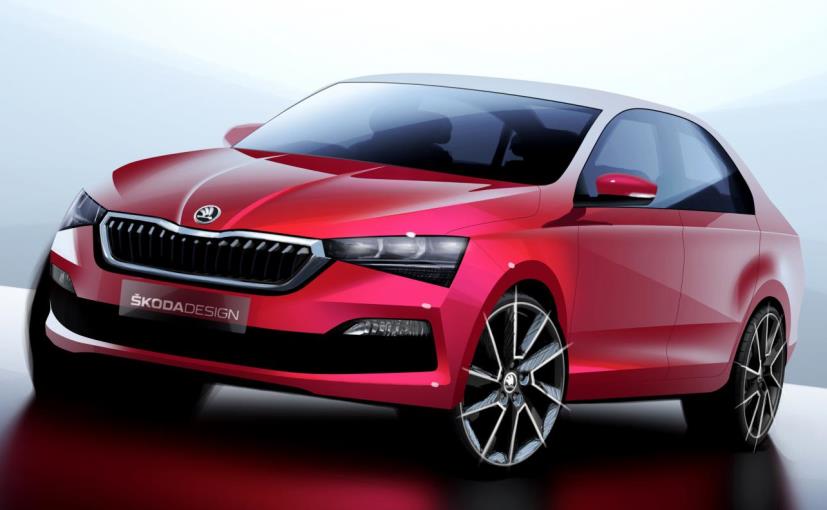 Skoda Auto might have replaced the Rapid range with the Scala in Europe and several other markets, but the company will continue to have the Skoda Rapid nameplate in select markets like Russia and China. Expected to unveil the next-gen Skoda Rapid sometime in late 2019, the carmaker has now released the first official teaser image for the new-gen model. While in India, we only get the Rapid sedan, globally, Skoda offers the car in hatchback and Estate versions as well.

Based on the design sketch, the second-generation Skoda Rapid will take some inspiration from the new Scala as well, especially, the front section with the butterfly grille and the sharp, angular headlamps. The sketch also reveals the muscular character lines on the bonnet and the bumper, which features horizontal foglamps. The design sketch also shows a set of twin-five-spoke alloy wheels with low profile tyres. Of course, the production model will be a little less dramatic visually.

It's also likely that the new-gen model will be based on the Volkswagen Group's MQB platform, and if that is the case, Skoda might even consider India as one of the potential markets for the new Rapid, given the fact the company is developing an Indianised version of the platform - the MQB A0-IN. As of now, the new platform is only expected to spawn the company's new compact SUV, which will be previewed at the Auto Expo 2020.

As for the upcoming new-gen Skoda Rapid, as already mentioned, the Czech carmaker's Russian division is expected to reveal the car by the end of this year. Production is likely to happen at the Volkswagen Group's Kaluga plant near Moscow, where the Polo is also assembled.