The electric bike is claimed to have a top speed of 100 kmph and a range of 80 km on a fully-charged battery. 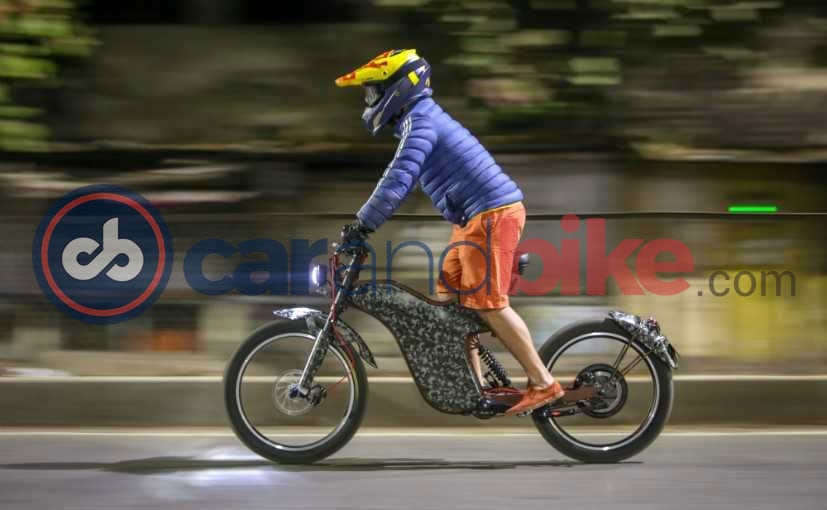 Pune-based electric smart bike start-up Polarity Smart Bikes will be launched in June 2019 and an advanced prototype of one of the company's first products, has been spotted testing on the streets of Pune. The pedal-assisted electric bike has been spotted undergoing test runs on the street of Pune, and looks production ready. It may look like a beefed-up bicycle with pedals and an electric motor, but the company claims a top speed of 100 kmph from its hub-type brushless DC motor. The bike is expected to be powered by a lithium-ion battery mounted on the frame, which will be removable for easy charging from a conventional power socket.

The Polarity e-bike features a custom-made frame, fat upside-down front forks and a monoshock linked to a motorcycle-like swingarm. Braking is handled by disc brakes on the front and rear wheel, and the e-bike sports a LED headlight, as well as a LED taillight and turn indicators. The e-bike is also expected to get high-quality switchgear and a digital instrument panel. The soon-to-be-launched e-bike seen in the images seem to be an advanced prototype, with camouflage masking on the fenders, forks and frame.

According to sources in Polarity Smart Bikes, there are as many as six pre-production prototypes with a range of outputs and different designs. The company has already filed for design patents, and we expect an official launch of the brand by the end of June 2019, with the products being introduced in the market by the end of 2019. So far, there's been no word on how these new e-bikes will be priced, but they are certain to be launched with subsidy under the government's FAME II (Faster Adoption and Manufacturing of Hybrid and Electric Vehicles) Scheme, so expect prices to be competitive, maybe somewhere around ₹ 60,000-65,000.

Skoda Karoq Almost Sold Out In India
10 minutes ago