Rayomand made a comeback to the driver's seat in a competition after nine years with the Volkswagen Ameo Cup Race Car, and also had the quickest reaction time of the event. 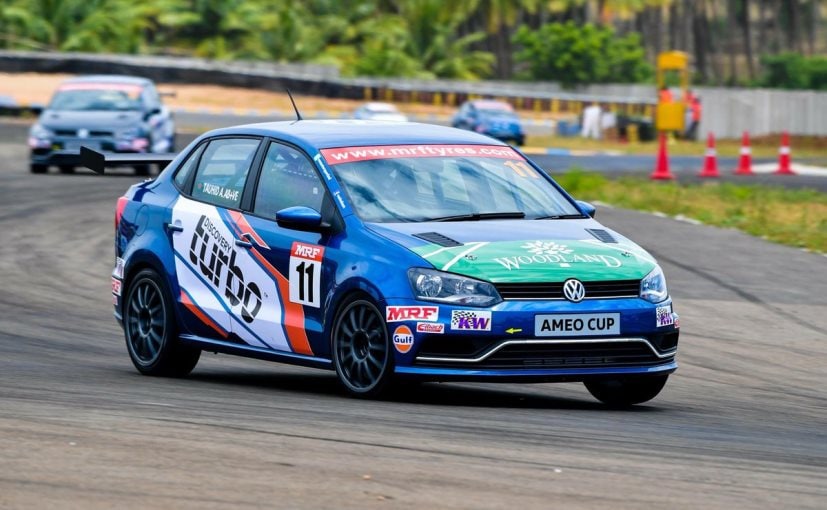 Rayomand Banajee (Rayo) took an unexpected podium in the Unrestricted Category at Round 1 of the MMSC FMSCI National Drag Racing Championship. Racing a Volkswagen Ameo, the eight-time Formula Racing and Karting Champion managed to finish third in his first ever drag race. What's interesting is that Rayo made a comeback to the driver's seat in a competition after nine years, having incidentally won his last race at the MMSC race track.

What started as a fun suggestion from Volkswagen India - Head of Motorsport, Sirish Vissa, Rayomand Banajee drove the Ameo Cup Car in the drag race. The car was not even configured for a drag race and last minute changes were made to provide most acceleration at the launch. Rayo participated in the Unrestricted Category, which is considered one of the most coveted and essentially allows cars to compete against each other without any restrictions.

The fastest time of the event was set by Pratap Jayaram in his highly modified Reva sporting a Hayabusa engine. Jayaram recorded a total time of 13.102 seconds while coming second was Joel Joseph in a highly modified Honda with the overall time of 14.184 seconds. Rayo was third with a total time of 14.364 seconds. Interestingly, Rayo also recorded the fastest reaction time of the entire event at 0.502 seconds only. 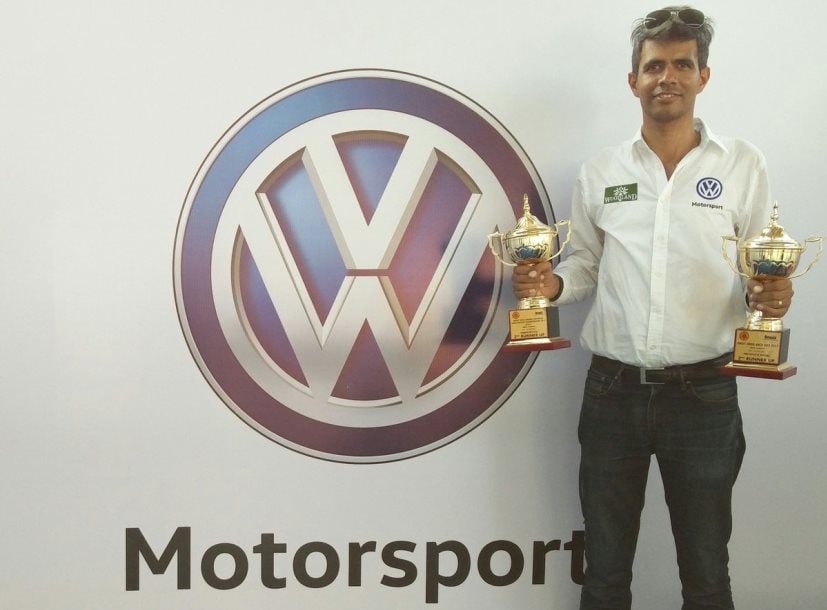 The format of a drag race has 2 cars lined up beside each other. A set of lights known as a Christmas tree, illuminate once the racers are ready and in position. The moment the light turns green, the racers attempt to clock the fastest possible time over a quarter mile (402 metres). The winner is the racer who has the fastest total time which is a combination of the racer's reaction time to the lights turning green, plus the total time taken by the car to cover the quarter mile.

The Volkswagen Ameo Cup Race Car isn't designed for drag racing, and the Volkswagen Motorsport Team had put in extra effort to reconfigure the car to make it drag ready. The ECU received changes, but there were no major modifications made, unlike the competition which made its cars as light as possible.

Based on the road going version, the Volkswagen Ameo Cup Car uses the 1.8-litre TSI engine from the Polo GTI paired to a 6-speed sequential gearbox with paddle shifters. The car has been added safety benefits like an FIA grade roll cage and racing seats plus a 6-point seatbelt.

Speaking of the podium finish, Rayomand Banajee said, "It's been 9 years since my last race, which I incidentally won at this very track. I never imagined my next podium would be in a Drag Race! The entire thing started off as a fun thing. I really must thank Volkswagen Motorsport for the effort they put in. The Ameo Cup Car is a brilliant car & definitely the best touring car in India right now. Even more amazing is the fact that it has all been developed inhouse."

Rayo also bagged another podium over the weekend when he raced a completely stock Skoda Octavia diesel in the Pro Stock Diesel category. He finished third with a total time of 17.271 seconds once again with the third quickest reaction time of the entire event at 0.564 seconds.

The next round of the National Drag Racing Championship will be conducted on 19th and 20th of August 2017 in Chennai.

Skoda Karoq Almost Sold Out In India
2 seconds ago

Ford EcoSport Subcompact SUV Gets A Price Hike Of Rs. 1,500
2 seconds ago