The four millionth car to roll-out of the company's production line was the Tata Altroz premium hatchback. Tata Motors entered the passenger vehicle segment in 1988, and in the last 5 years alone the company has produced 1 million cars in India. 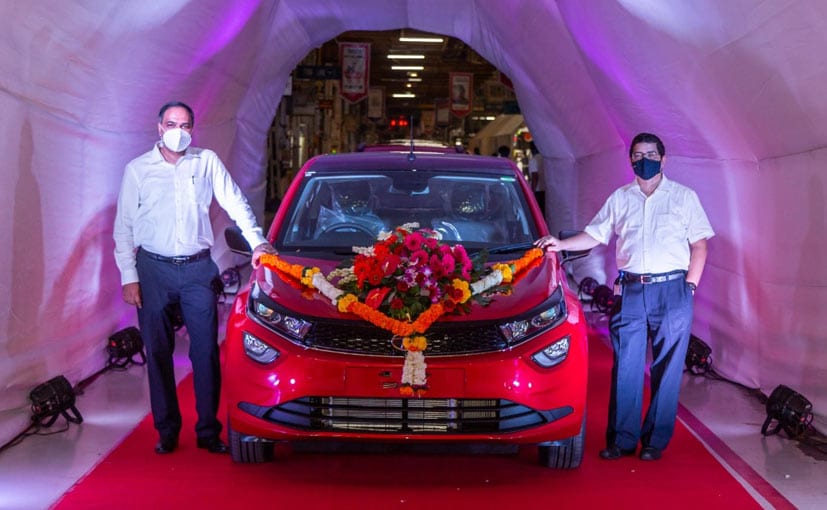 The home-grown automaker, Tata Motors, has announced reaching a new production milestone with the roll-out of its 4 millionth passenger vehicle in India. And the milestone car was a Tata Altroz premium hatchback. Tata Motors, which entered the passenger vehicle market in 1988, has launched several iconic and popular models in India over the year, like the Indica, Sierra, Sumo, Safari and the Nano. These models have helped the brand achieve its current status in the market and, as of 2020, the carmaker's product range includes hatchbacks, subcompact sedan, and SUVs like - the Tiago, Tigor, Nexon, Harrier and the Altroz. And all are BS6 compliant. 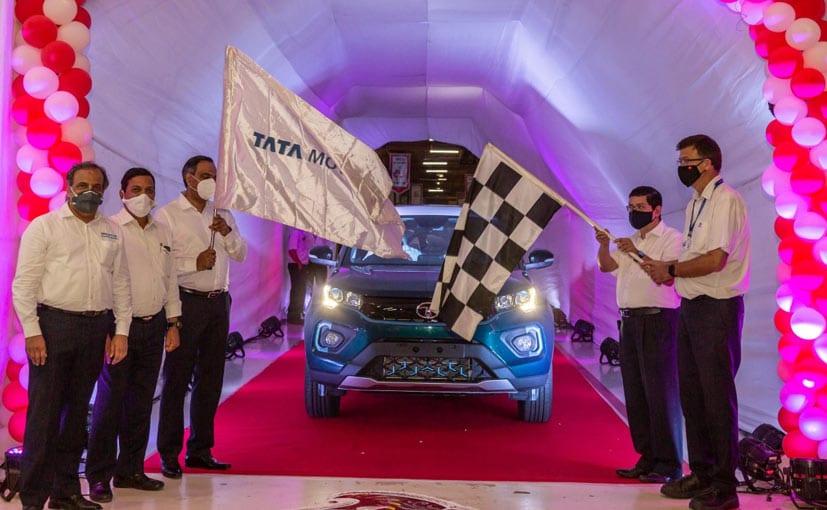 The Management Team at Tata Motors with the Tata Nexon EV, the company's all electric SUV

Additionally, Tata Motors currently also sells fully electric vehicles like - the Tigor EV and Nexon EV, and the company claims that it is India's largest EV manufacturer with 67 per cent market share. Now one has to remember that fact that there aren't many electric car manufacturers in India, to begin with. Apart from Tata, we only have Mahindra, which makes the eVerito sedan, Hyundai that offers the Kona Electric, and MG Motor India, which sells the ZS EV.

Commenting on the new milestone, Shailesh Chandra - President, Tata Motors Passenger Vehicles Business Unit said, "As India's home-grown automotive brand, we are delighted to have reached this prominent milestone for our passenger vehicles segment. Since its inception, Tata Motors' commitment to introducing products that have the best-in-class safety, design and performance has brought to life the vision of our Chairman Emeritus Ratan Tata. Over the last 30 years, we have rolled out icons that have not only catered to evolving customer needs but have also set new benchmarks in their respective segments. Our "New Forever" range of passenger vehicles only strengthens our commitment towards our customers. In a bid to become future-ready we have embarked on a sustainability journey with EVs and are leading India's journey towards sustainable transportation." 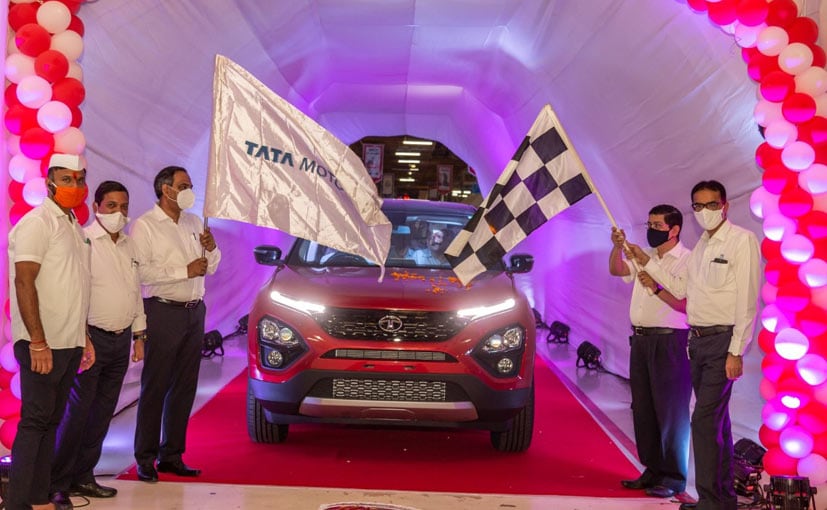 In the last 5 years alone, the company had produced 1 million vehicles in India

The company had reached its 1 million production mark for passenger vehicles back in 2005-06. This was followed by the 3 million PV production milestone, which was achieved in 2015 and now, the Tata Motors crossed the 4 million mark this month. This means, in the last 5 years alone, the company had produced 1 million vehicles in India. Currently, the company produces passenger vehicles in three manufacturing facilities in India - the Chikhali plant, in Pune, the Sanand plant in Gujarat, and the FIAPL plant at Ranjangaon, near Pune.

As for upcoming models, Tata is gearing up to launch the 3-row version of the Harrier, which will be called Gravitas, and later, we will also see the arrival of its micro SUV HBX, along with more electric cars like the Altroz EV.