Toyota Yaris Cross Spotted For The First Time In Japan

The Toyota Yaris Cross was spotted while being transported on a trailer in Japan. Slated to be launched later this year, it's the first SUV to wear the Yaris nameplate. 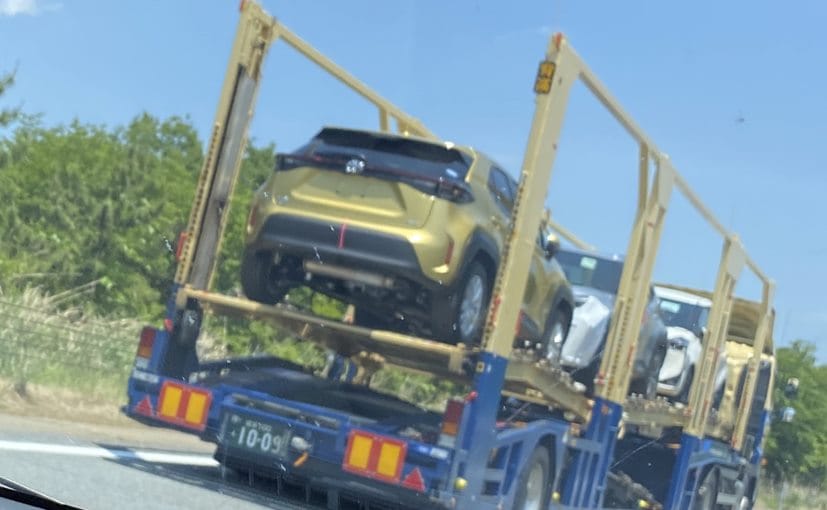 View Photos
The Toyota Yaris Cross is the newest member of the Yaris family, and the first SUV to get that name

The newly unveiled Toyota Yaris Cross compact SUV was recently spotted on the road for the first time, in Japan. The newest member of the Yaris family, and the first SUV to don the nameplate, the Yaris Cross is slated for a global launch later this year and it is based on the TNGA platform (GA-B). Globally, the SUV will be offered in both petrol and petrol hybrid options and it will be positioned between the Toyota Raize and the Toyota C-HR. 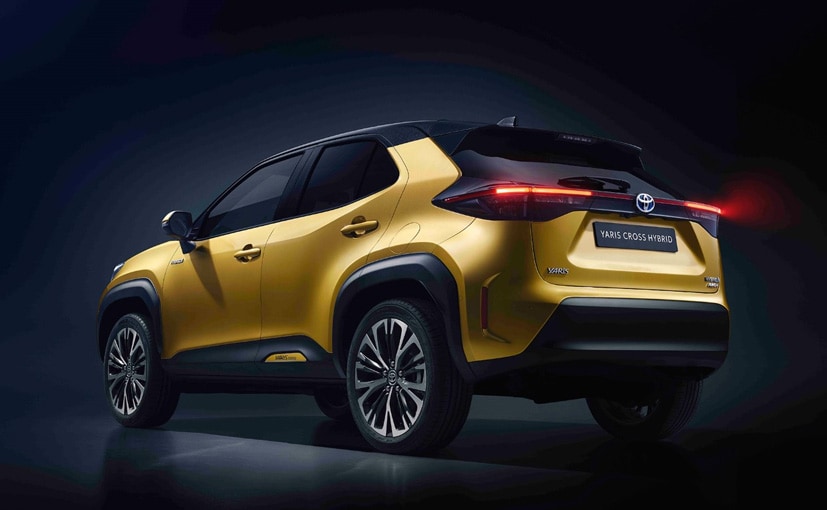 At the rear, the Toyota Yaris Cross comes with a black desing element that connects the sleek LED taillamps

In the spy photo, we see the upcoming Toyota Yaris Cross in its promotional colour, the Brass Gold shade, being transported on a trailer. While Toyota does offer a dual-tone version of this colour with black roof, this particular model appears to be a single tone unit, with a different set of alloy wheels. We also get to see the black design element that connects the sleek LED taillamps and the C-shaped reflectors. 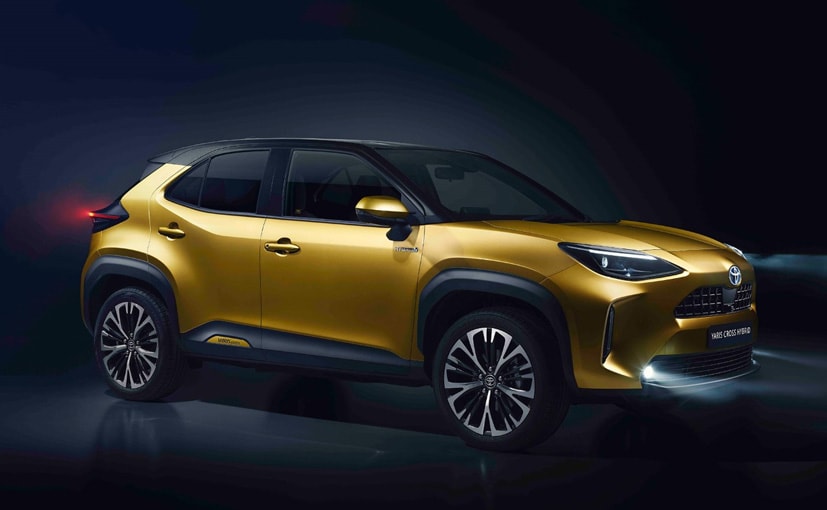 The SUV comes with squared wheel arches, and sculpted bonnet and LED headlamps with LED DRLs and foglamps

Upfront, the SUV gets a long sloping bonnet with bold sculpted lines, squared wheel arches, sleek-looking LED headlamps with LED daytime running lamps, a mesh grille, and wide central air dam with round LED foglamps on either end. In terms of dimensions, the Toyota Yaris Cross measures 4,180 mm in length, 1,765 mm in width, and 1,560 mm in height, along with a wheelbase of 2,560 mm. The SUV will also come with spacious 5-seater cabin with dual-tone interior and well-equipped dashboard with a floating touchscreen display, and headrests for all seats among more. 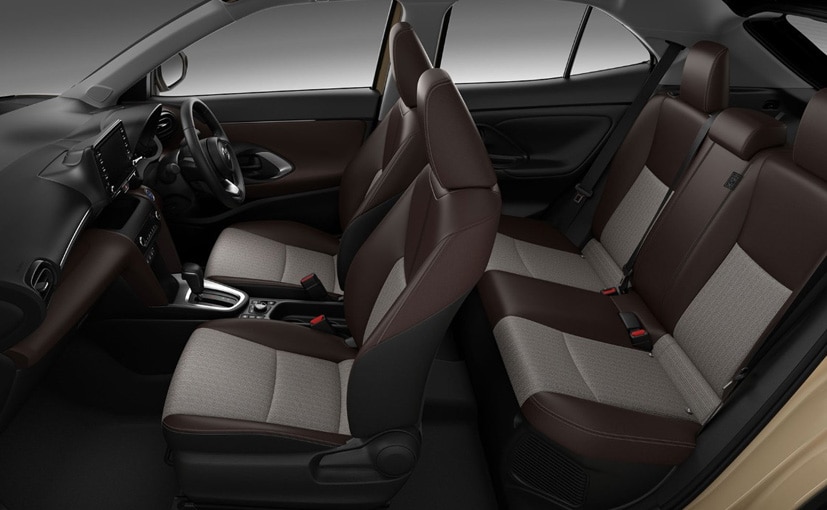 Under the hood, the Yaris Cross will be offered with a 1.5-litre, three-cylinder petrol engine, along with a hybrid version the comes with an electric motor. The SUV will be available with only the front-wheel drive or with an electric all-wheel-drive option. Expect power to be in the range of 116 bhp. Toyota will be offering the Yaris Cross with a CVT or a 6-speed manual transmission.