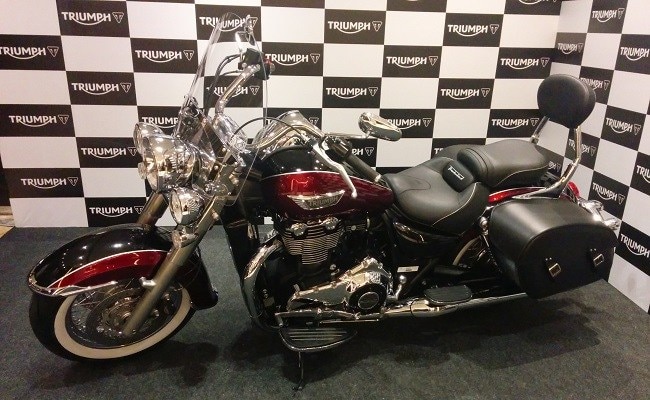 Triumph Motorcycles, the British bikemaker, that entered India last year, has had a successful first year. The company sold a total of 1300 motorcycles in the first year of its inception, which is actually not a bad figure for a premium bike maker that is fairly new to the market. The bikemaker also recorded its highest global sales figures in 30 years by selling 54,432 units.

Though Triumph recorded a 4.5% year-on-year growth, it faced accounting loss of £8m due to unrealised exchange rate loss, planned overseas expansion costs and ongoing investment in new models. Turnover for the group totaled £364 million, while total unit sales rose to more than 54,000 - compared to just over 52,000 in the preceding year.

Paul Stroud, Director Sales & Marketing, Triumph Motorcycles India "2014 has been a hugely successful year for Triumph Motorcycles. Growing markets like India and Brazil have been extremely critical and gratifying at the same time and they have contributed substantially to our overall figures. The industry is undoubtedly experiencing its most successful seasons and demonstrates that riding is regaining popularity as a leisure pursuit, as well as a stylish option for the urban commuter across the world."

Vimal Sumbly, Managing Director, Triumph Motorcycles India said, "In India, we have had a dream run this past year having clocked 1300 sales. We are delighted with the way things have panned out for us in the last year. It has been extremely rewarding in terms of both sales and the love we have got from Triumph enthusiasts. Globally also this has been a great year for Triumph Motorcycles. We have not only established ourselves as a front runner in the luxury motorcycles industry but have also been successful in adding value to the our global sales figures."

Introduced in November 2013, Triumph Motorcycles India has its presence in 10 key cities of the country with 12 models in its line-up.