The TVS Radeon Special Edition gets two new colour schemes to celebrate one year of sales in India, just in time for the festive season. 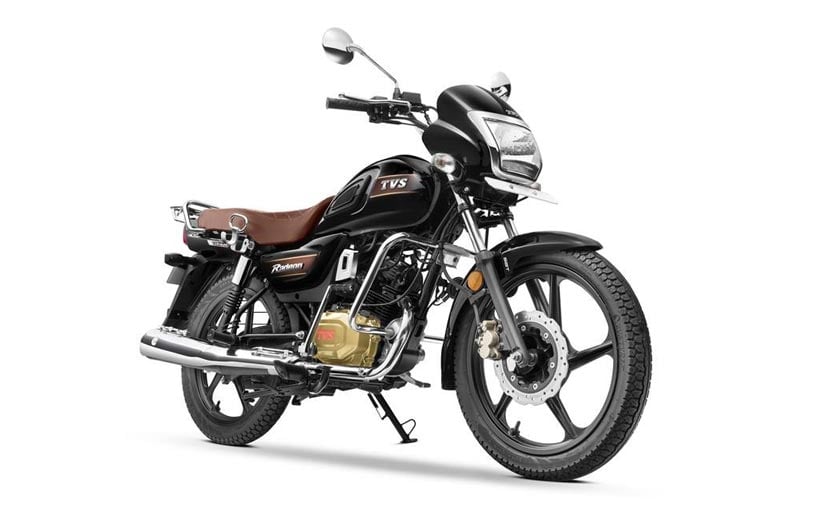 The TVS Radeon entry-level motorcycle completes one year of sales and is the most awarded commuter motorcycle of the year, according to the manufacturer. To celebrate the occasion, TVS Motor Company has introduced the Radeon 'Commuter of the Year' special edition priced from ₹ 52,720 for the drum brake version, and ₹ 54,820 (all prices, ex-showroom Delhi) for the disc brake version. The bike is priced at a premium of about ₹ 2000 over the standard model, and gets two new colour schemes - Chrome-Black and Chrome-Brown - just in time for the festive season. More recently, the brand also introduced the Jupiter Grande scooter with Bluetooth connectivity.

Commenting on the launch, Aniruddha Haldar, VP (Marketing) - Commuter Motorcycles, Scooters & Corporate Brand, TVS said, "TVS Radeon has generated unprecedented love from experts and consumers alike. Within its first year of launch over 2 lakh proud consumers are overjoyed with their Buland choice. The trust and love of such consumers only reaffirms our commitment to them. TVS Radeon, having won the appreciation of experts, became the most awarded motorcycle of the year. The special edition stays true to the TVS Radeon Buland DNA and celebrates its spirit. It adds comfort and premium distinctiveness with an unwavering eye on practicality."

With respect to the upgrades, the TVS Radeon special edition gets the new paint options that are complemented by the chrome accents, blacked out engine and the gold finished engine case cover. It continues to get the thigh pad on the fuel tank, fuel tank cushion with the 'R' emblem, chrome rear view mirrors and carburetor cover. The brown finished ribbed leather seats adds a nice retro touch to the bike.

Power continues to come from the 109.7 cc single-cylinder, air-cooled Duralife engine that belts out about 8 bhp at 7000 rpm and 8.7 Nm at 5000 rpm. The motor is paired with a 4-speed gearbox. TVS claims a fuel efficiency of 69.3 kmpl on the Radeon with a fuel tank capacity of 10 litres.

The Hosur-based manufacturer managed to retail over two lakh units of the Radeon, since its launch in August last year. The volumes emerge at a time when the auto industry has a sharp decline in sales across all categories. The special edition variant is expected to infuse some new life in the Radeon sales, as the manufacturer banks on a positive festive season to revive growth.