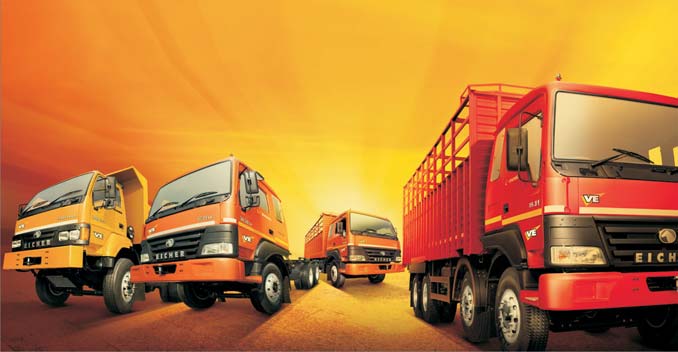 Buoyed by around 200 per cent growth in its exports this year, automobile manufacturer VE Commercial Vehicles is eyeing strengthening of its overseas presence in Africa and Middle Eastern region, a top company official said here today.

VE Commercial Vehicles is a joint venture between Volvo Group of Sweden and Eicher Motors.

"First five months (of the calendar year) have been extremely good (for us). Exports improved almost 200 per cent.

We have shipped 2,400 units compared to last year's 800 units," he told reporters here after launching the company's new trucks.

The key steps taken to expand the footprint in the overseas market include setting up of a company in Sri Lanka, he said.

"We have set up a market company in Sri Lanka. That will be country specific. If required we will set up another market company, say in another country. We are doing extremely well in Bangladesh. We are also present in Nepal, some parts of Africa and the Middle East".

He said the company would look at expanding in Asia and Middle East countries by leveraging the distribution networks of the Volvo Group.

"With the Pro Series, we are planning to launch a brand new philosophy. The entire platform will be replaced by Pro Series," Maller said.

While the company has already launched Pro 1000 Series replacing the existing range in the 5-14 tonne category, the Pro 3000 series is a completely new platform in which vehicles will be launched in 10tonne to 15 tonne categories, he said.