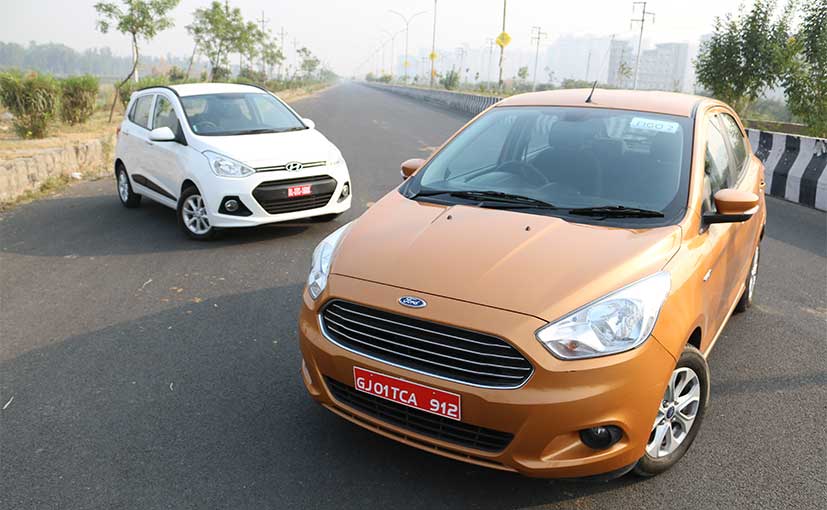 Someone recently told me how confusing the Indian market is. "How can a lay man understand the difference between all these segments?" he said with an aghast expression on his face. Well, even car manufacturers describe that it's difficult to understand what the Indian customers want, because they want everything at a price that is best described as 'Value for Money'. The hatchback segment has grown significantly in India and now there are a lot of options for the customers; options ranging from ₹ 2 to 10 lakh and that's a wide spectrum.

The number of cars in the hatchback segment has grown over the years and we've seen a significant rise in the number of car manufacturers eyeing for the prize. We put two cars to the test today to find out which one emerges the winner. It's the battle of the budget hatchback - the new Ford Figo and the Hyundai Grand i10. 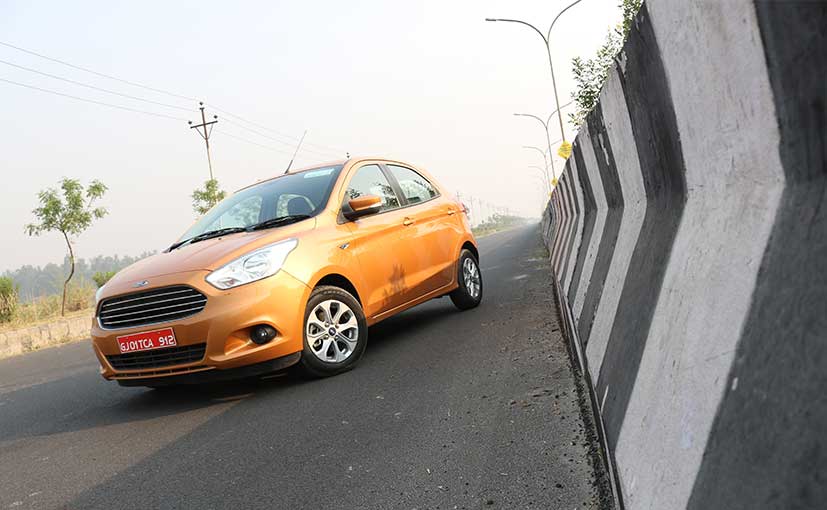 The Figo was launched by Ford in March 2010 and there was a lot of anticipation over this car because it was based on the Fiesta hatch and it drove like a dream. It won the 2011 ICOTY and swept most of the awards that year. It was a car that a lot of enthusiasts would enjoy driving, but soon there were a lot many players in the market and the dominant one was the Maruti Suzuki Swift.

Hyundai, meanwhile played the wait and watch game and drew out a plan to bring out a car that would slot right in the middle of this hatchback war; a car which would be big and small - big on features, small in dimensions. This reasoning saw the birth of the Grand i10 and this one too was in a league of its own, which is why it took top honours at the 2014 Indian Car of the Year.

The new kid on the block is the rejuvenated Figo. A lot has changed; it's got a new look for starters and new interiors and it's grown too. The length, height, width and the wheelbase of the car has increased and this is all thanks to the Figo Aspire, on whose platform it's based. The Figo looks similar to the sub-4 metre sedan too and boasts of that trapezoidal front grille; a signature of all Fords. The swept-back headlamps add some more character to the car while the side profile with the two distinct character lines makes it look appealing.

There's a bit of aggression up front with the bulge at the centre of the bonnet. Compare this to the Grand i10 and the design on the car is a bit less aggressive but thanks to the Fluidic Design Sculpture V2.0, the Grand i10 looks a bit more appealing than the Figo. It too gets swept back headlamps like the Figo and it too has character lines on the side but there is one significant difference in the way you look at the Grand i10. 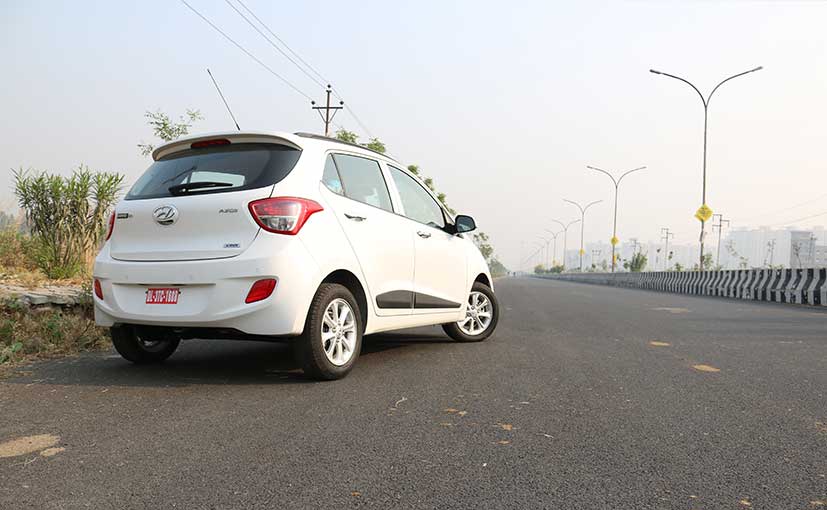 The Grand i10 was designed as a hatch and the Xcent was developed based on it so a lot of design elements were concentrated on the making of a hatch, while on the other hand, the Figo derives most of its elements from the Figo Aspire and this is where the essential difference lies. The Grand i10, for me, though understated, has a bit more punch when it comes to overall design elements. It's what you want a hatch to look like - compact and it feels like one too.

The Grand i10's compact look continues on the inside too. It's the only car in the segment which comes with a dual colour scheme of black and beige. There's a generous dose of features as well like climate control, an advanced music system with 1GB internal memory, AUX-In and Bluetooth connectivity. But safety features like ABS and Dual Airbags are available only as an option on the top-end Asta variant while Ford provides the Driver side airbag as part of standard equipment. The top-end Titatnium+ variant comes with six airbags and ABS with EBD.

The interiors of the Figo are similar to most of the other hatchbacks in this segment. Ford has gone with an all-black colour scheme on the inside and there is a lot of chrome accents to give it a premium look. I think it's time that car manufacturers decided to use less chrome, else everything inside just looks shiny and the silver accents on the central console are not comforting for the eyes. The top-end model comes with Ford's SYNC infotainment system which is an excellent addition while other interior features include multi-functional steering wheel mounted with call controls, voice commands and controls to the music system. 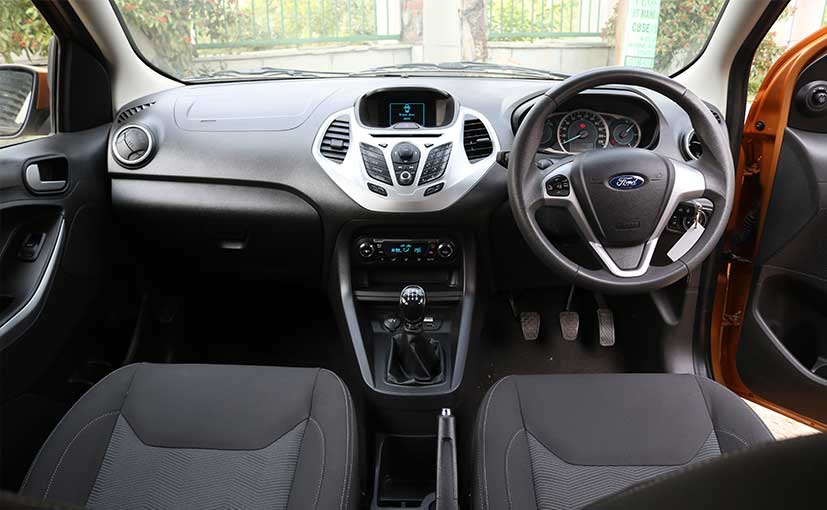 I must admit here that the inside of the Figo was roomier than the Grand i10 and there was space enough for five people and their luggage. The Grand i10, on the other hand had place enough for four and I felt a bit cramped with the front seat pushed all the way back. There was no space for the person sitting behind me. Rear comfort, though, has been taken care by Hyundai in the form of AC vents which, though not needed, make for a good addition to the feature list. The Figo doesn't get a rear AC vent but should that go against it, I think not, because it more than retains lost ground thanks to what's under the hood. 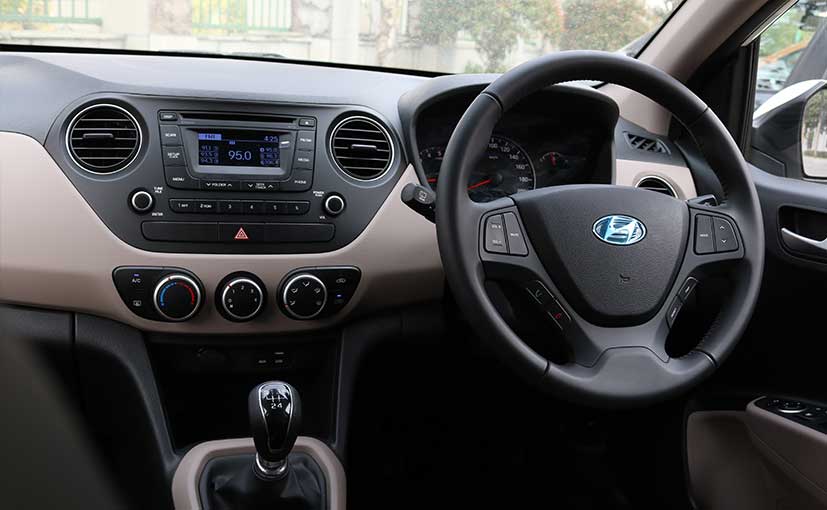 The diesel powertrain under the Figo, which we drove, is the powerful among the two. It's a 1.5-litre TDCi which churns out 99bhp and develops a torque of 215Nm. So, yes, there is a lot of power on offer when compared to the Grand i10. The Grand i10 comes with a smaller 1.1-litre powertrain which is capable of 70bhp and the torque of 159Nm is available from as low as 1500rpm. The diesel engine on the Figo does have a rumble to it and there's a lot of noise that seeps into the cabin. The Grand i10's engine, we found, was quieter and even when you rev the engine, it isn't as vociferous as the one on the Figo.

But it's the sheer power of the Figo that you want to drive it. Peak torque is available from under 1800 rpm and we have to admit that there is a bit of lag but it's got a strong mid-range and it'll keep you happy as long as the ticker is in the right power band. There was a bit of disappointment though on the ride quality front, and that was my fault altogether. I was comparing this gen of the Figo to the older one and that's why it didn't feel as good. The earlier generation was the one where you could point and shoot, but this one doesn't really manage that. It's tamed and now built to act like a car which would tackle the urban obstacles of traffic and potholes. 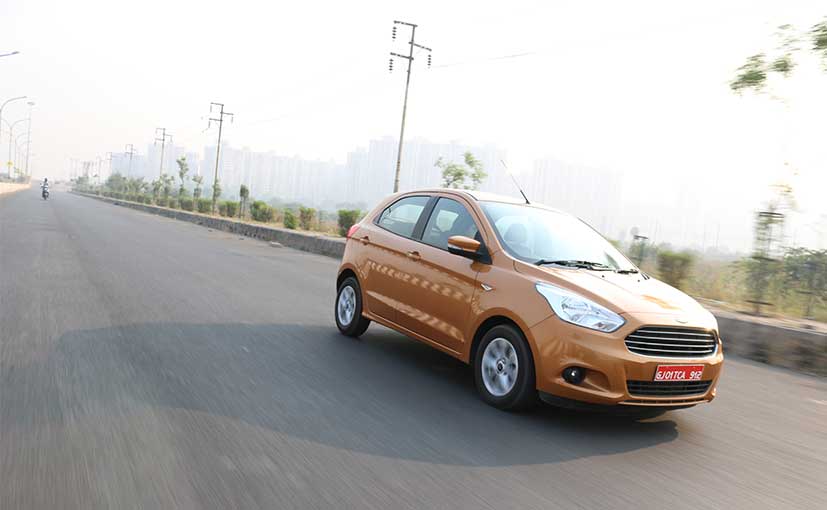 The Figo glides over any undulations on the road and this was its strong point. The 14-inch tyres manage to provide you with ample grip and the light steering is ideal for city traffic conditions. The gear changes were a bit jerky and don't slot in as well as you would have wanted them to. The clutch is nice and light and the brakes bite well which is a big plus. But it's not fun anymore, it's practical and that's a stance that Ford has taken.

The Hyundai Grand i10 too falls in the same category - practical. The car doesn't feel under powered, though it is when compared to the Figo and the gearbox is exactly what you're looking for in a car bred for the city. It's light and the gears slot in well which makes it your ideal companion for traffic conditions. The torque is available at 1500rpm, lower than the Figo, which is again a bit of a plus for the Grand i10. 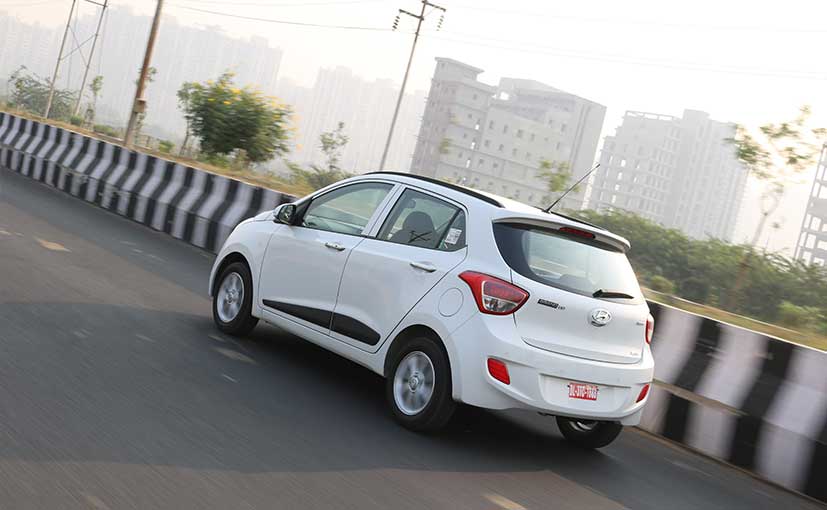 Both these cars then are not the ones you would want to throw into a corner and so we didn't. They're bred for practicality and in this area I preferred the Figo to the Grand i10. It drives well and though its gearbox was a bit rubbery (to be rudimentary) you can get used to it and it's far better to drive around within and out of the city. Mileage figures for the Grand i10 stand at 22.65 km/l while the Ford promises 25.83km/l on the Figo.

But all decisions finally rest on the price of the car and the Figo diesel starts at ₹ 5.29 lakh and goes up to 7.40 lakh (all prices ex-showroom Delhi) while the Grand i10 comes priced between ₹ 5.58 to 6.77 lakh. Ford has managed to pack in a lot of goodies in the Figo and the standard safety feature of airbags is a good addition. 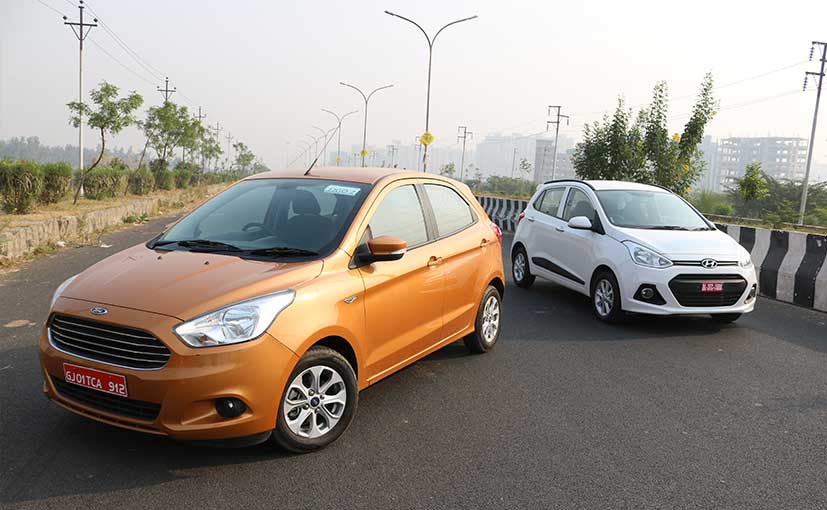 The Grand i10 has its own set of merits but you get less of space and features when compared to the Figo. For me, the choice would be the Figo and though it isn't as much fun as it used to be, it's grown and come a long way. Ford itself has been ramping up its sales network over the past few years and things look promising. Everything about the Figo speaks about practicality, what I would have loved, however, was a dash of deja vu!