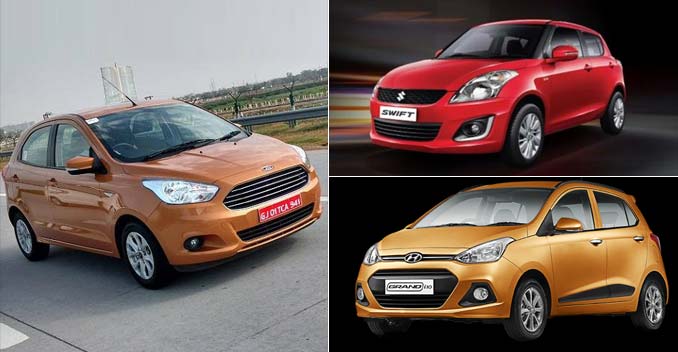 Hatchbacks might not be the pick of the season this year in the Indian automotive Industry but that hasn't dithered car manufacturers like Ford from coming out with cars like the new Figo. The Figo hatchback is part of the company's plan to launch 4 products this year in India. Ford has already launched the Figo Aspire sub-4 metre sedan and the hatchback is its second launch this year.

The Figo re-enters a segment which it's very familiar with but the competition has soared ever since it first entered the market in 2010. So how does the all-new Figo fare against the likes of the Maruti Suzuki Swift and the Hyundai Grand i10.

Well, for starters it's longer than both the cars as its length stands at 3886mm. It is as wide as the Swift but sits lower. However, it is the room inside that makes a lot of difference. The wheelbase of the Figo is more than the Swift and a lot more than the Grand i10.

There are a lot of things that it borrows from its sub 4-metre cousin, and hence the ground clearance too is better than the any of its competitors. On the engine front, the Figo is available with a 1.2-litre petrol which churns out 86bhp, a 1.5-litre petrol which puts out 110bhp, the highest among the three and the diesel 1.5-litre too is the most powerful of the lot. 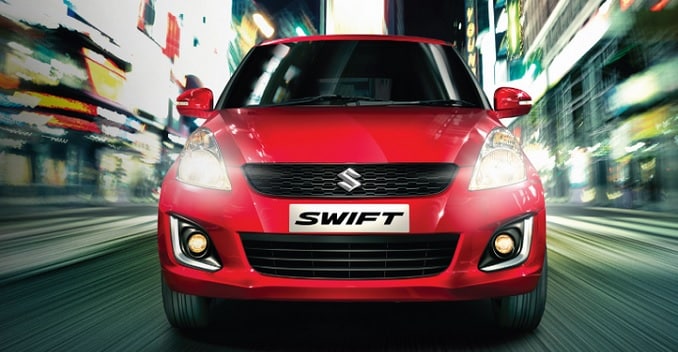 The Swift is the next powerful of the lot as it comes with a 1.2-litre petrol and a 1.3-litre diesel which churn out 83 and 74 bhp respectively. The Grand i10, however, finds itself at the bottom of the pit but it has a smaller engine than both the other cars and Hyundai has tuned it for better efficiency.

The diesel variant of the Grand i10 returns a fuel efficiency of 22.65km/l while the petrol returns 16.48km/l. The Swift's petrol variant is even more efficient as it puts out 20.4 km/l and the diesel is even more so with 25.2 km/l.

The Figo's two petrol engines achieve fuel efficiency figures of close to 18km/l while the diesel one is good for 25.8km/l and this means that it overtakes even the Swift in this area, though just by a whisker.

The other big distinction is that the Figo gets a six-speed dual-clutch automatic as opposed to the Grand i10's four-speed torque converter while the Maruti Suzuki Swift is only available in the 5-speed manual guise. However, we might see an AMT version of the Swift soon but we'll know about that shortly. 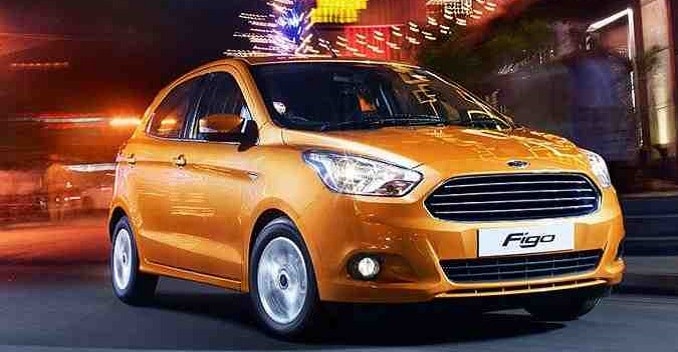 When it comes to pricing the Figo is the cheapest of the lot and that's where it could make a lot of heads turn. But the biggest task it faces is the reach it has in the Indian market. Maruti Suzuki's dominance and even the popularity of the Swift work in its favour and though Hyundai has been able to capture a fair share of attention, it will be a little difficult for Ford to march through the gates with a product which is truly a capable adversary.