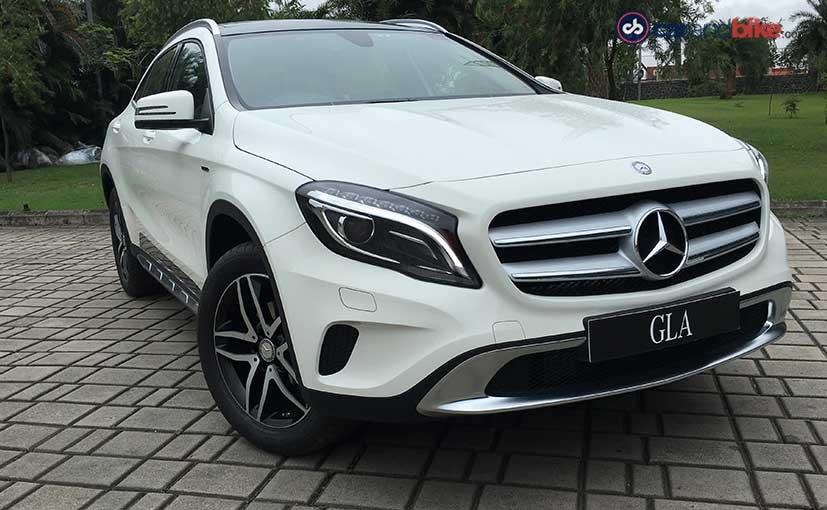 The mighty GLA from Mercedes-Benz has proved its mettle driving all around the world – traversing mountains, valleys, sand and snow! Yes this compact car has driven over 50,000 kms on the Great Overland Adventure and has been doing it all in its regular front wheel drive avatar! But now Mercedes-Benz India has finally decided to bring the GLA to us in its 4Matic or all-wheel drive version too. And is calling it the GLA Activity Edition. We had scooped the GLA before it came to India with the first exclusive review. So why not do that again with the 4Matic too eh? 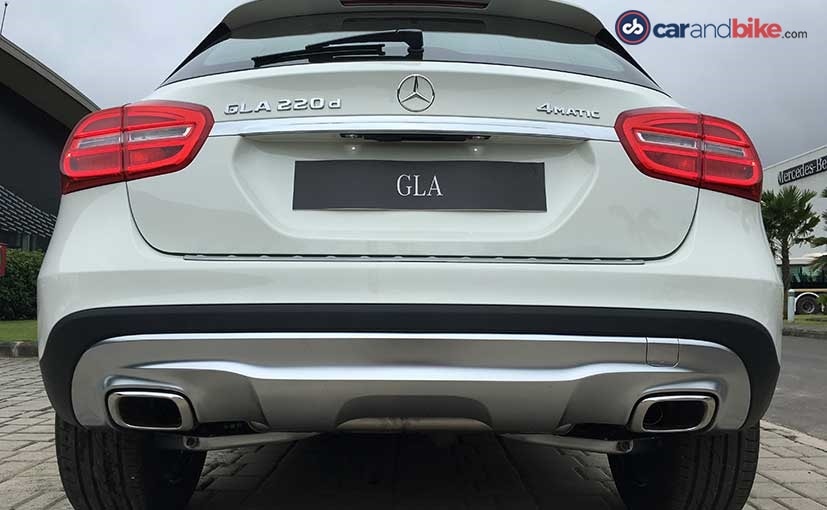 When Mercedes-Benz had first launched the GLA in India exactly two years ago – besides the All-Wheel Drive, it sorely missed a more powerful engine. Well, the good news is, that has changed too.  The 4Matic is driving in as the 220d – meaning it's the same engine block you always got with the 200 but tuned differently. So, you now get 170 horses instead of the 136 on the 220, and 50 more Nm of peak torque at 350 Nm. So, even in slower driving conditions – especially in city traffic – you do feel that extra torque helping. The car definitely feels more agile with the 4Matic system on board. The new engine means the badging changes too – so the car now carries the GLA 220 d badge – along with the 4Matic badge too of course. 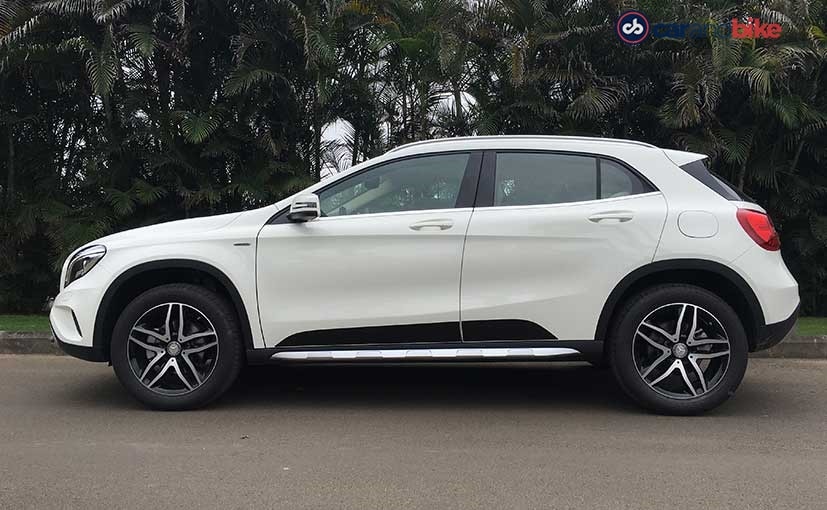 The other superficial changes include a black decal along the bottom of the doors, chrome finish on the side cladding, different black and chrome alloy pattern, and the Activity Edition badge on the fender. The car also has the off-road package which includes the raised off-road suspension. But Mercedes-Benz had given the off-road suspension as standard on the India-spec GLA from the start, and so the Activity Edition 220 d 4Matic does not ride higher than the 200s. The new variant also comes with a 12V power socket in the boot, an electric tailgate (a big plus), and its rear seat backs have two positions – a more upright or the standard recline – to give you the option of 60 litres of extra bootspace. The cabin is otherwise the same but does now have a larger 8” screen with a better display for the Comand interface. The Activity Edition also has a start-stop button now for keyless ignition. There is also the ‘smartphone integration package' – meaning it now has Apple CarPlay. The dash is similar to the existing variant's but now gets a Dynamic Select button instead of the previous Comfort-Sport-Eco. That's because there is also a dynamic mode now for off-road driving. There is also an extra button that lets you instantly access the car's dynamic driving display on the main screen – so you see pitch and yaw as well as steering and wheel positions and angles real-time. Besides that you also have what Mercedes-Benz likes to call DSR – which is downhill speed regulation. It is pretty much the same thing as hill descent control, and works effectively. 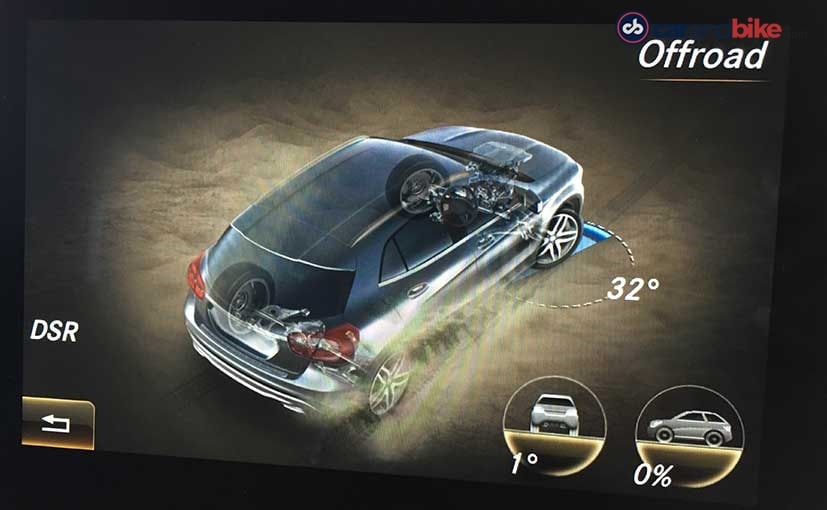 The Activity Edition badge may just stay on as a special edition on the FWD GLA as well at a later stage – so expect the same trim changes to make it to that car in the future – at which stage the 4Matic will simply be the all-wheel drive variant in the lineup. Those changes are expected with the GLA's global facelift that is expected in 2017. Mercedes-Benz is dropping the brown colour that the GLA was previously positioned with – and so the Activity Edition will be available in white, red, silver and a new grey (that is also available on cars like the CLA). The regular GLA will also switch over to these colours soon. 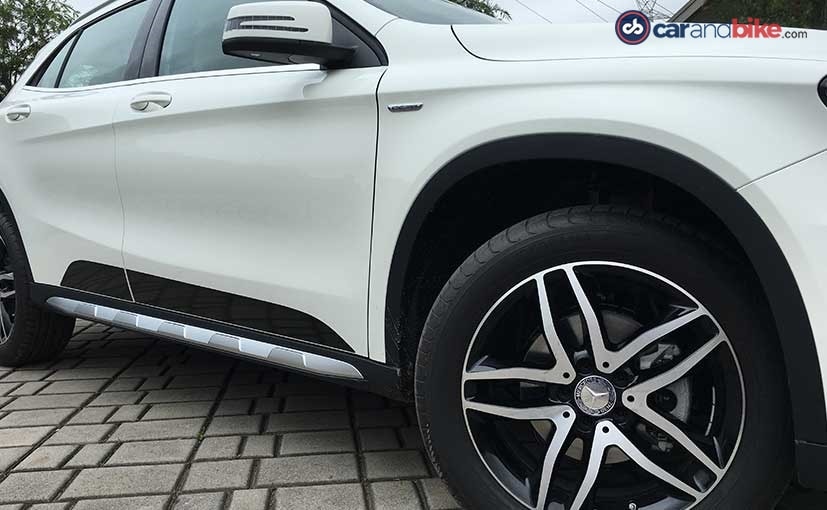 The GLA Activity Edition is priced at ₹ 38.30 lakh (ex-showroom Delhi) which is higher than the GLA 200s currently on sale. The FWD variant will of course also continue to sell alongside this new car, and like I said will receive some of the new features in a few months' time. The AMG version of this car – the GLA 45 4Matic – will also still be available.