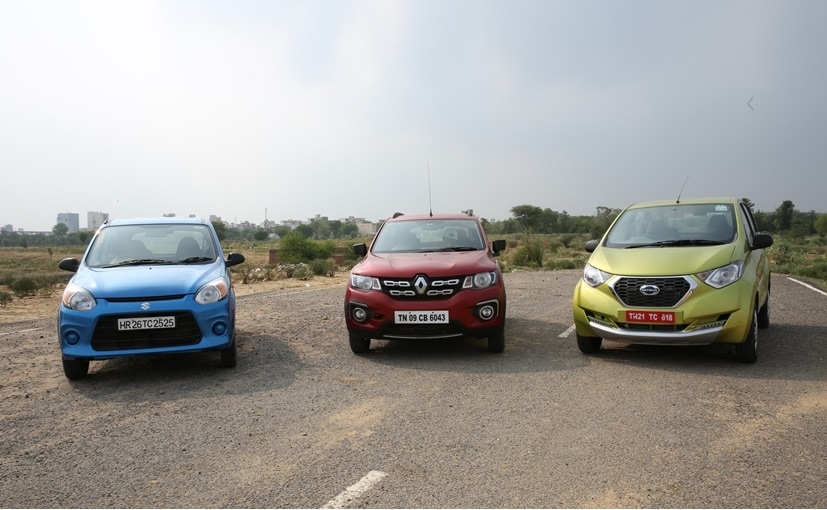 Suddenly there seems to be a lot of action in the small car market. This is the highest volume segment in the Indian car bazaar, and it is still clearly ruled by the mighty Maruti Suzuki. We're seeing yet another facelift for the bestselling Maruti Suzuki Alto 800. It looks like pressure from rivals like the Renault Kwid and new Datsun redi-GO is finally showing up perhaps? The current generation Alto 800 arrived in 2012 and this update sees a mild tweaking to its styling with what Maruti calls an aero-edge design. There's a new trapezoidal shaped grille, refreshed headlamps, and the hood gets new character lines. The front bumper now protrudes out an extra 35mm, which makes the car's total length stand at 3430mm now. Prior to the facelift, I had squared the Alto 800 off versus the Kwid, and the latter had won that contest handsomely. 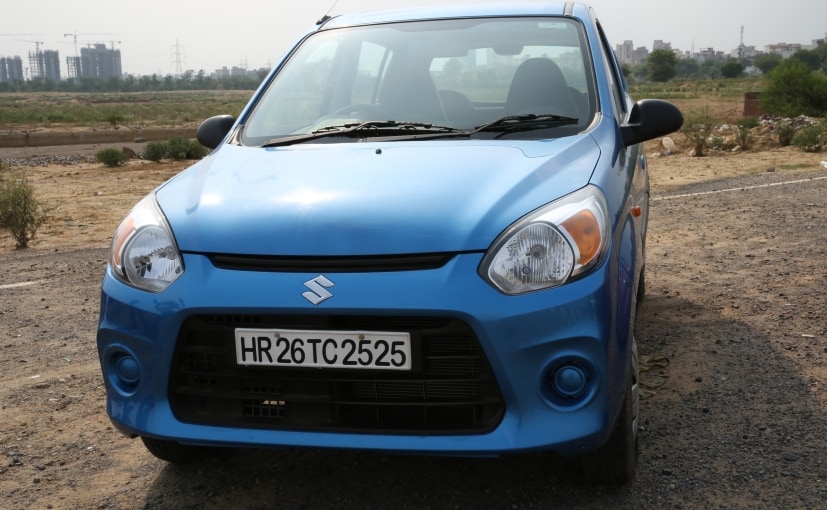 Interiors get new fabric upholstery and door pads, and there are two new exterior colours on offer - green and blue. Maruti finally agrees that an outside rear view mirror on the passenger side should be standard! A child lock feature has also now been added, and so like I said it seems evident that pressure from the competition is starting to show. The car continues to use its efficient 0.8 litre motor that produces 47 bhp of power and 69 Nm of torque. Maruti claims a 9% enhancement in mileage at 24.7 kmpl - though that is still not segment best. And that seems true for the car on the whole too I think. 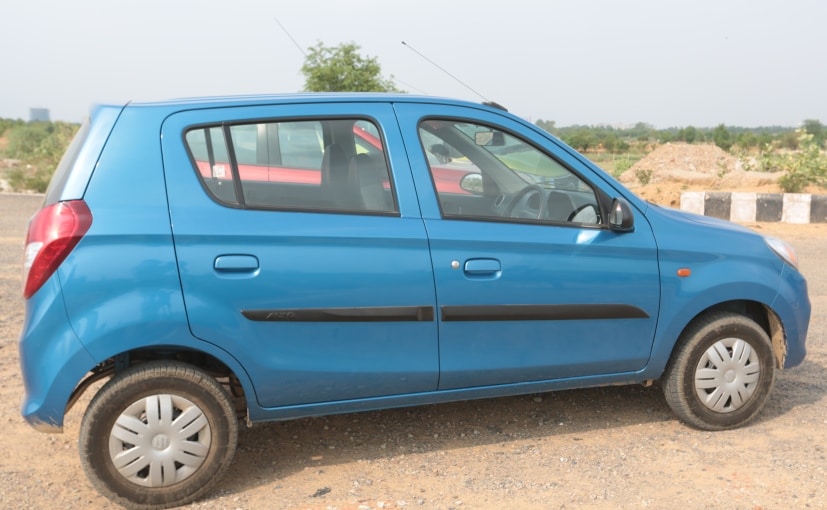 The Alto 800 Gets New Fabric Upholstery and Door Pads

The most recent rival to take on the Alto is the all-new Datsun redi-GO that shares its architecture with the Kwid. Renault and Nissan (which owns the Datsun brand) have finally decided that cross-badged products will not work (Duster-Terrano, Scala-Sunny, Pulse-Micra). So the redi-GO is no cross-badged product and the common platform doesn't show up at all in most of what you see and touch, barring a few buttons and switches inside. 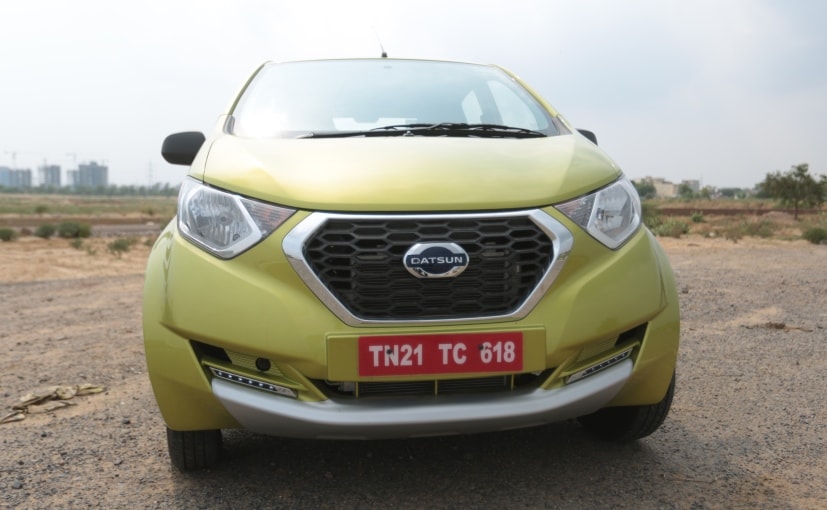 The redi-GO is quite a good looking car, with its bold face, large and well sculpted headlamps, and it even has LED daytime running lights in its bumper! Looks are very subjective, but having said that there is no doubt that the redi-GO has the most modern, stylish, and contemporary design. The Kwid looks wider, with its SUV-like stance coming through. The Alto - despite the refresh then remains the plain-Jane of the pack. The Hyundai Eon is another good-looking car, but has failed to make any impact and so is being left out of this shootout.

So when it comes to design, the Kwid wins on practicality while the redi-GO trounces the other two in the beauty sweepstakes. Inside the cabin too the redi-GO is a lot more stylish and that is despite the fact that it is very obviously a budget model. Plastic quality seems marginally better than the Alto's too. But seeing the body panel peeping through these very slim magazine racks on the doors is really quite a blatantly obvious cost saving measure. The Kwid has the best sense of space, and its digital cluster is funky and modern. The Alto has most of what the other two do - feature-wise, yet it comes across as the most basic and dated. The Kwid also has the largest boot amongst the three cars. 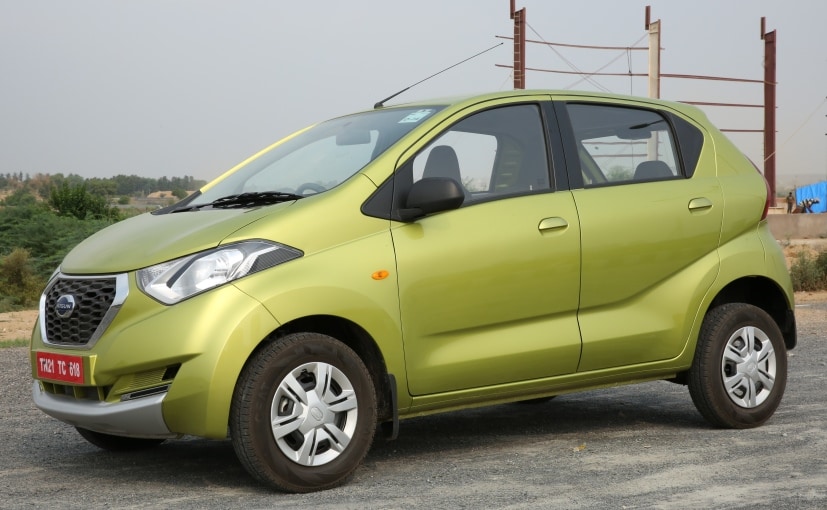 Datsun redi-GO and Renault Kwid Use the Same 799cc Engine

Under the hood the Kwid and redi-GO are identical. Both use the same 799cc 3-pot that makes 53 bhp. Both offer segment-best mileage of 25.17 kmpl. Despite being the same engine as the Kwid's, it doesn't sound so good in the redi-GO, and overall NVH levels are pretty sub par. The AC fan just makes it worse because even on the first position it's got a little hiss to it which is disturbing. Having said that it has a fairly efficient AC.

The other thing good about the redi-GO's cabin is the sense of space you get thanks to the extra height of the roof - which is exaggerated in the design on the outside. The Kwid appears to have better sound insulation between the engine bay and cabin, so the engine doesn't sound as wheezy as it does on the redi-GO. The gear lever also has a more solid feel, and on the whole the Kwid has got the most substantial feel of the three cars. It feels bigger than its rivals in terms of how it drives too - coming across as wider - and it definitely handles much better.

By comparison, the Alto has got this tin can like feel to it. You get a lot of unwanted feedback from the road. The steering is too soft - with too much play. But it is the zippiest of the three - and maybe you can just put that down to the fact that Suzuki knows what it's doing when it comes to petrol engines! It also seems to have the most powerful air conditioning that cools the car pretty quickly and noiselessly. 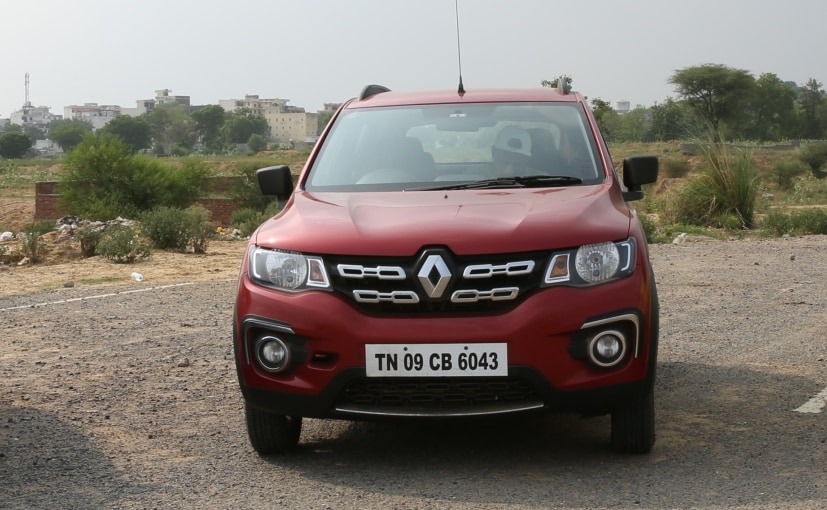 So the choice becomes quite easy for me. This is the most compelling the Alto800 has ever been, but it still takes the bronze medal here. The redi-GO almost does enough but falls short on sheer driveability, and so must settle for silver. The superior road feel of the Kwid - despite its slightly higher prices - therefore takes gold and comes through as the winning small car. I must add here though that while Maruti offers a driver-side airbag as optional across all variants - it is only on offer in the top variants of the other two. Structural integrity of all cars in this segment remains suspect - since India has no modern crash norms to speak of. So they must be seen as city runabouts that are to be driven at relatively lower speeds.

Datsun Redi GO
₹ 2.83 - 4.77 Lakh *
Subscribe to Our Newsletter
Over 1.5+ Lakhs subscribers
Thank you for Subscribing to Us