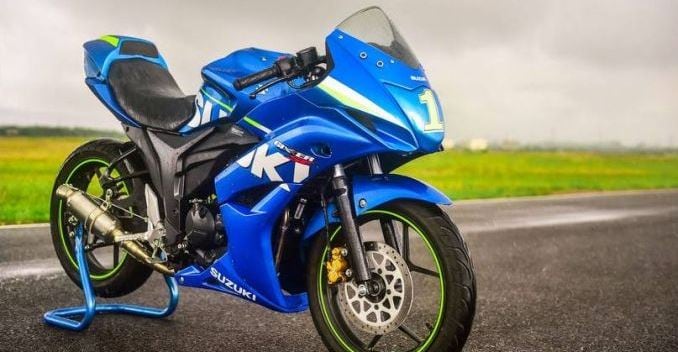 I've been quite vocal about my liking for the Suzuki Gixxer. I've obliged many people who've indulged me in bike talks and I've said that the best bike in 150cc segment currently is the Gixxer siblings - where SF is the glorified version of Gixxer that went shopping for fancy clothes. The one mentioned in this piece isn't just a set of pretty clothes ready for regular city commuter. This one here is the race prepped Gixxer for Suzuki's one-make racing series. 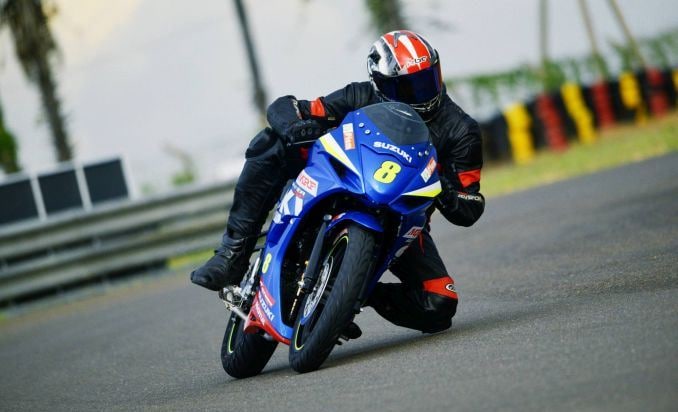 Yamaha and Honda have had their respective one-make motorsport series going for a while now, so to say Suzuki entered this area wouldn't be incorrect. But then, it's perhaps also good timing because Suzuki made its comeback to Moto GP as factory team this year. The Gixxer cup bikes will also flaunt the official racing livery of the Moto GP bikes.

The concept of the one-make racing series is simple. There will be 20 bikes supplied by Suzuki - all with the same level of performance tuning - that will race across 5 rounds, and there will be two championships that'll be run simultaneously: 'Novice' for young and inexperienced, and 'Open' for the experienced racers. 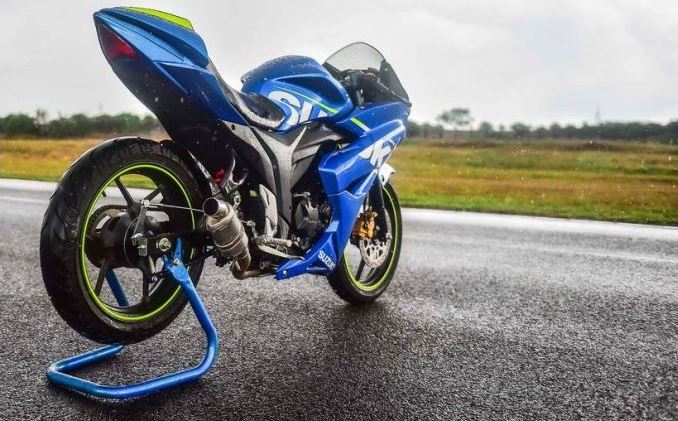 The thing with stock motorcycles that are made ready for track racing via focused alterations made to the donor product (Gixxer SF in this case) in order to make them a bit more hardcore; a bit sharper, and rewarding.

There's always an underlying sense of 'attack mode' that the capsule of racing atmosphere fills you with and your brain automatically reprograms itself and you start pushing harder with each passing lap - no matter what you're racing. I used to race cars back in my salad years and the cars used to be quite rubbish, but we'd still be going like the world was going to collapse around us. Not that the Gixxer cup bike is rubbish - it's actually pretty good, which I'll come to shortly - but the sense of being in racing capsule, on a racing machine, elevated the boundaries of self-commitment.

There are few, but crucial changes made to the stock Gixxer SF for the one-make series. Broadly, the basic architecture remains the same, however, the pegs have been shifted a bit aft, and there's a free flow exhaust that also enhances the acoustics, of course! The engine and gearbox haven't been played with but there's change in the sprocketing to aid top speed. Steering is handled by clip-on bars instead of a bridge clamp on the SF which gives a default aggressive riding position and the engine breathes better through a performance air filter. The cup bikes will also run on ultra-soft compound tyres developed and supplied by MRF. 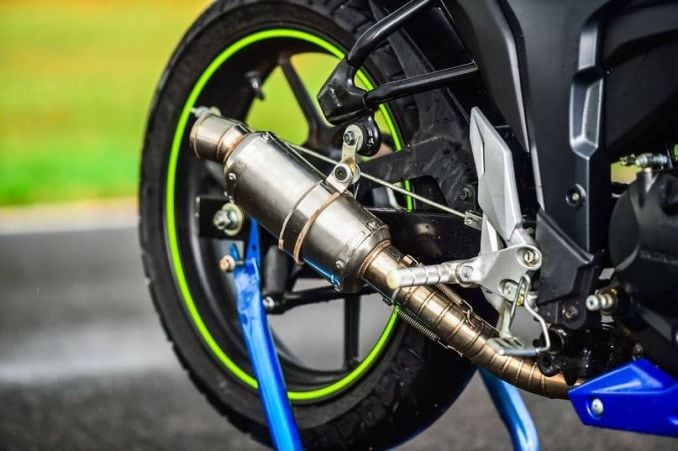 Contrary to my apprehension when I went out on the track seated on the saddle of the Gixxer cup bike, I almost immediately felt comfortable on it. Leaning into the corners, the bike felt extremely progressive and the eagerness of the machine could be felt from the word Go. Special mention for the tyres - the grip levels and the overall response was very worthy. Even under hard braking, combined with the near neutral balance of the bike itself, the tyres didn't protest even a bit. There would be only the slightest hint of rear pitching out but everything would get back in shape - it was extremely enjoyable!

The Gixxer in its stock form is quite good on turn-ins, but the clip on bars and the slightly lowered front end help the matters even more. The cup bike is extremely fluid and bends from one corner to the other effortlessly. I'd have liked more power on tap, but with about 20kg shaved off the regular Gixxer SF, the cup bike does feel sufficiently rapid for its class. In the concluding part of the video, I've gone on to say () which you'll see later next week on the TV show) that I'd have liked better brake bias calibration as that would allow much later braking into the corners, but then it dawned on me that the guys who'd be racing these bikes would actually want it this way because they'd brake much less than I did anyway! 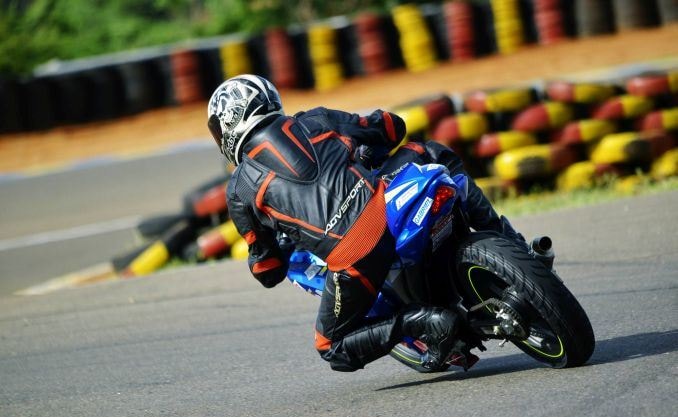 This Suzuki Gixxer one-make series bike is a good track tool to learn the basics on - quite communicative, obedient and fun thing, this one!