The 2021 Tata Safari traces its origins to the H7X concept, with the first prototype badged as the Buzzard at the 2019 Geneva Motor Show. The SUV was later called Gravitas for India when showcased at the 2020 Auto Expo. Based on the OMEGARC platform, the new Safari shares its underpinnings with the Harrier, while sporting the Impact Design 2.0 styling. The model though is 70 mm longer than the Harrier in overall length, while the wheelbase and track remain the same.

Some of the key elements on the design front include the massive chrome-finished grille upfront, split LED headlamps with projector lens, dual-tone machine cut alloy wheels, flared wheel arches, and the stepped roof that pays homage to the original Safari. At the rear, the SUV comes with wraparound LED taillights with a signature pattern, skid plate, and gloss-black finish on the tailgate. The SUV also comes with roof-rails that also carry the Safari moniker on the side and a panoramic sunroof.

Inside, the 2021 Tata Safari gets an Oyster White interior theme paired with ash wood finish on the dashboard. The new Tata SUV will be a seven-seater, and the automaker is pushing the luxury quotient on the offering with soft-touch materials. Expect the model to be loaded on the feature front including the semi-digital console, touchscreen infotainment system with Apple CarPlay and Android Auto, leatherette seats, automatic climate control, and more. The new Safari is also likely to get iRA connected car technology right from the launch with Xpress Cool, voice command, What3words navigation, and more.

The all-new Tata Safari will draw power from the 2.0-litre turbocharged diesel engine that also powers the Harrier. Expect to see both manual and automatic versions going forward with power being sent to the front wheels. An all-wheel-drive version could be introduced depending on the demand, says Tata.

Other Upcoming Tata Models are the HBX, New Tigor EV and Altroz EV 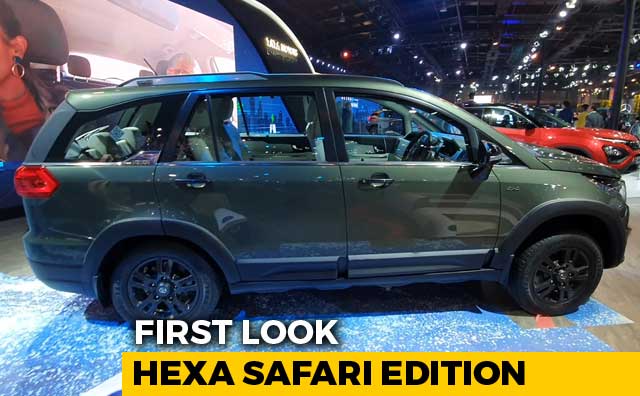 Tata Car Dealers in Other Cities