Some more spy shots of the 2019 Ducati Diavel have emerged, and reveal quite a few details about the updated Diavel. 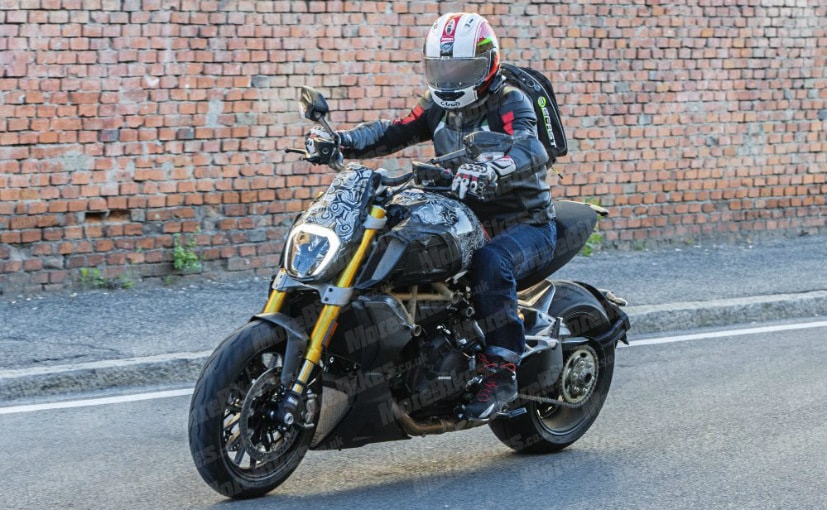 The Ducati Diavel hasn't received any updates in some time and it seems the Italian motorcycle manufacturer is gearing up to introduce an updated Diavel as a 2019 year model. The new Ducati Diavel was spotted in July this year while being taken out on test runs at an undisclosed location in Europe. And now, some more spy shots of the 2019 Ducati Diavel have emerged, and they display quite a few details about the updated Ducati Diavel. The 2019 Diavel was in fact showcased at a closed-room viewing event at the recent World Ducati Week. Those who went to take a look at the bike had to leave their cellphones at the door, so that no 'spy shots' from that event turn up on the internet. 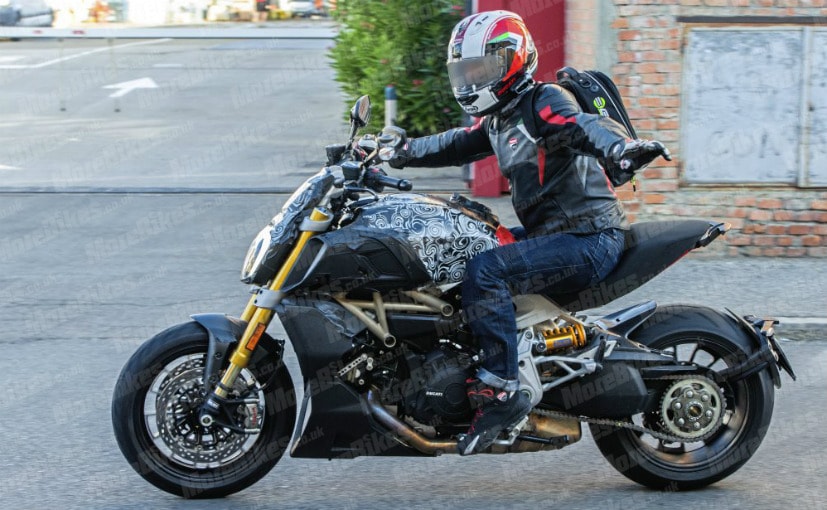 (The overall silhouette of the 2019 Ducati Diavel looks familiar, but there are quite a few upgrades)

The new Diavel though has been now spotted on public roads, and the latest spy pics reveal a lot of details about the bike, including the engine, styling and even exhaust design. On the prototype spy pics, the bike uses the 1,262 cc, v-twin Testastretta DVT engine, the same unit which powers the Multistrada 1260 and the XDiavel, and makes around 156 bhp of power at 9,500 rpm and 128.9 Nm of peak torque at 5,000 rpm. 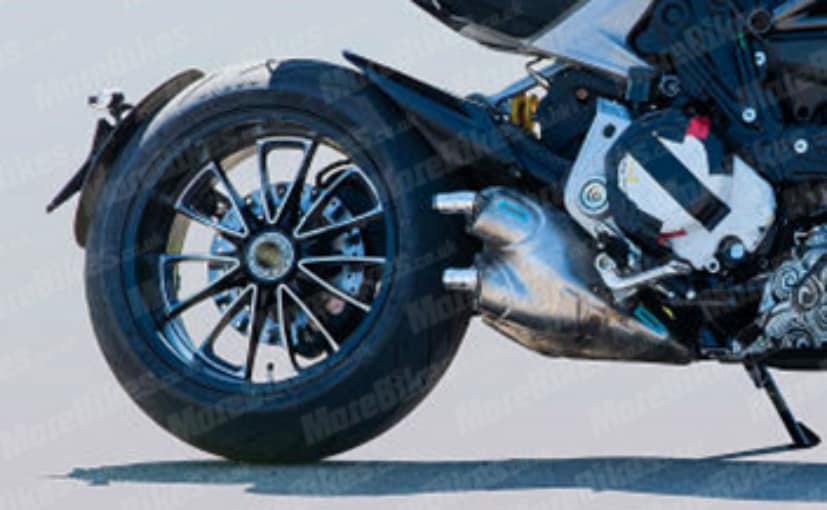 (The exhaust muffler is mass centralised and looks sportier, although it's not clear if this is the final design)

What is apparent is that the 2019 model of the Diavel will certainly be sportier than ever before. The exhaust is new, and the double exhaust mufflers have been replaced by a short stubby one which sits tidily under the central part of the bike, ostensibly to centre the mass and help in improving the new Diavel's handling. We're not sure if the exhaust design will be changed in the final production model at this stage. The new Diavel also gets a host of electronic updates, including cornering ABS, slipper clutch, wheelie and traction control and several riding modes. Also added is a single button operated Ducati Power Launch and Bluetooth enabled instrument panel which can easily be paired to a smartphone. 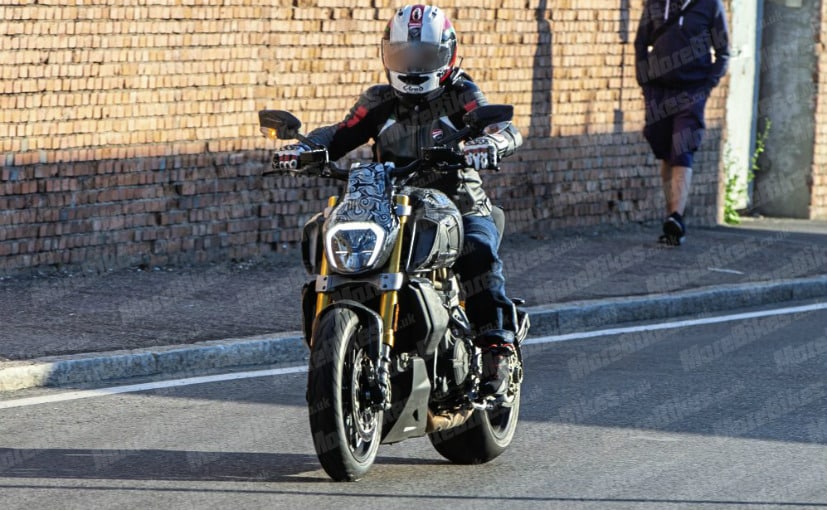