Honda Cars India surprised us when it said that the company will continue selling the fourth-generation model alongside the new fifth-generation Honda City. Though both models continue to share the same nameplate, they are a lot different in appearance as well as under the skin. Both models have different platforms and design language. The cabin layout is new too along with an extensively updated features list in the new model. That said, both cars have the same wheelbase and share the petrol powertrain as well. We tell you about the differences in the new Honda City and the old model. 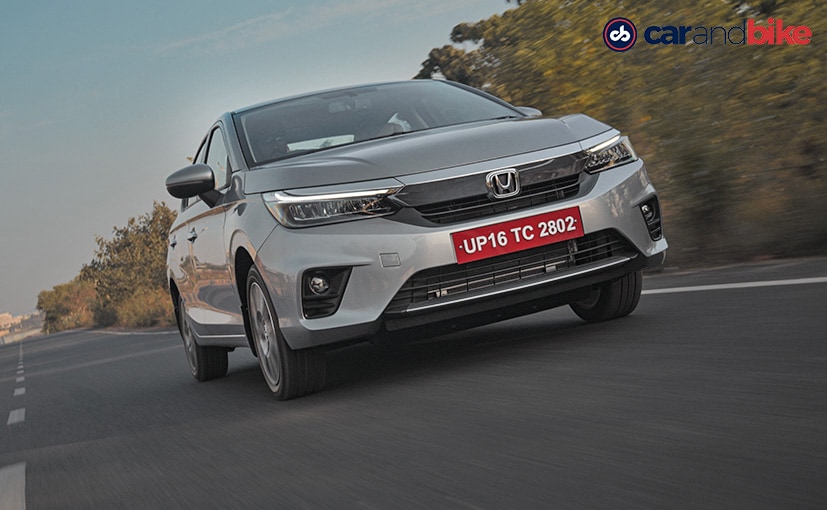 The 2020 Honda City looks in-line with bigger models in the family like the Civic and accord.

Simply going by the looks of it, the first thought that runs through our mind is how similar it is to its siblings like the Civic and Accord, doing justice to the familial design. The 2020 Honda City looks more angular than the current model, especially at the front where the flat, solid wing face becomes quite prominent as opposed to the current City's diving nose having just a flat grille up front. The Japanese Katana sword inspired character line brings in a sense of sharpness to the bold design and it's the rear where you get most of the sharp detailing on the boot lid as well as on the bumper. 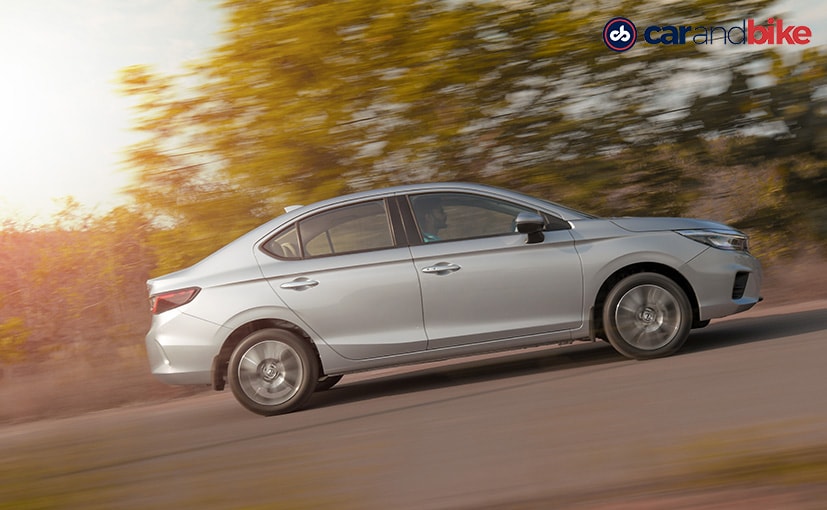 The character line on the side is inspired by the Japanese Katana sword.

The wraparound headlights of the new city are now LED units with daytime running lights neatly integrated and they looks much sleeker sharp now. But it's the taillights with the BMW inspired motifs at the rear that gets your attention and actually enhances the rear design. 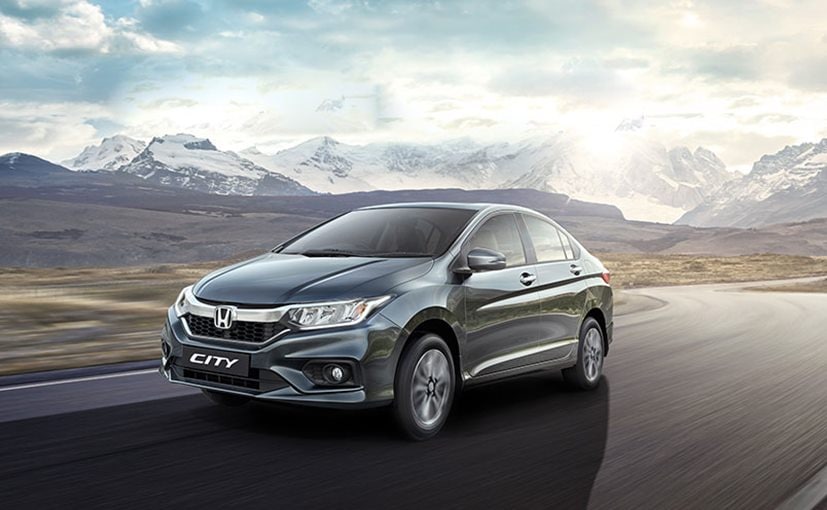 The previous-gen Honda City looks a bit dated when put beside the new model and against its rivals.

We have been familiar with the old City's design and while there was nothing to complete about, it looks a bit dated when you put it beside the new model. The wing face boasts of a chunky chrome bar which combines well with the headlamps. The three-part bumper is neatly contoured housing big curtains that integrate fog lamps. The profile of the existing model looks sharper and a bit tort as opposed to the new model. The rear of the previous Honda City looks understated not only when compared with the 2020 model, but also with the competition. 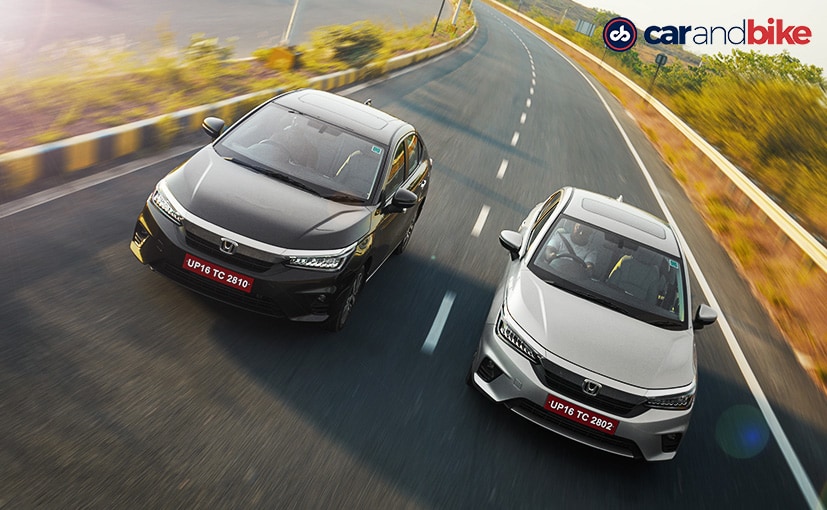 The new gen City has grown bigger in dimensions. 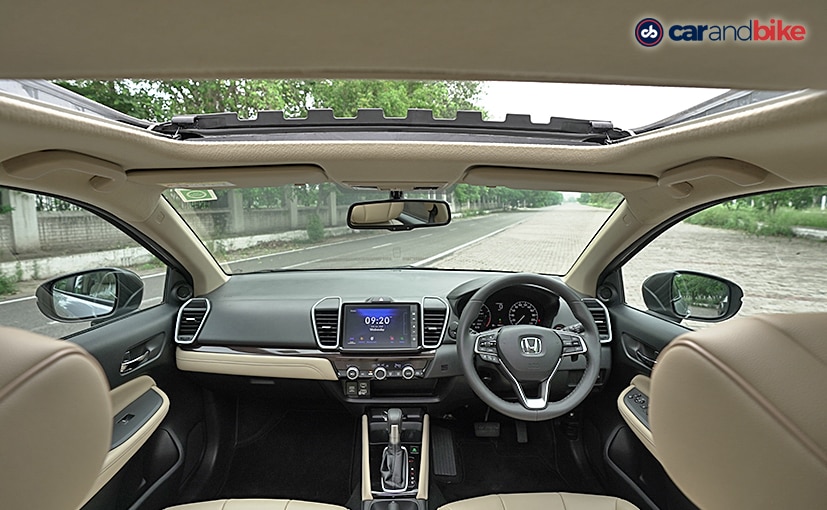 The new-gen Honda City feels more upmarket on the inside.

The cabin of the new generation Honda City has been substantially updated as well with an all-new layout. It gets plenty of upgrades including a new design for the dashboard which get soft-touch inserts. The current City doesn't get leather upholstery anywhere on the dashboard and gets a three-part design. The overall design in the new City though is neat and flush with less contours and it houses squared air-con vents and a larger 8.0-inch touchscreen infotainment system takes the centre stage as opposed to the 7.0-inch unit in the previous model. The climate control switches are positioned just below that, while some of the switches have been replaced with touch-sensitive controls.

Also Read: New-Gen Honda City: All You Need To Know 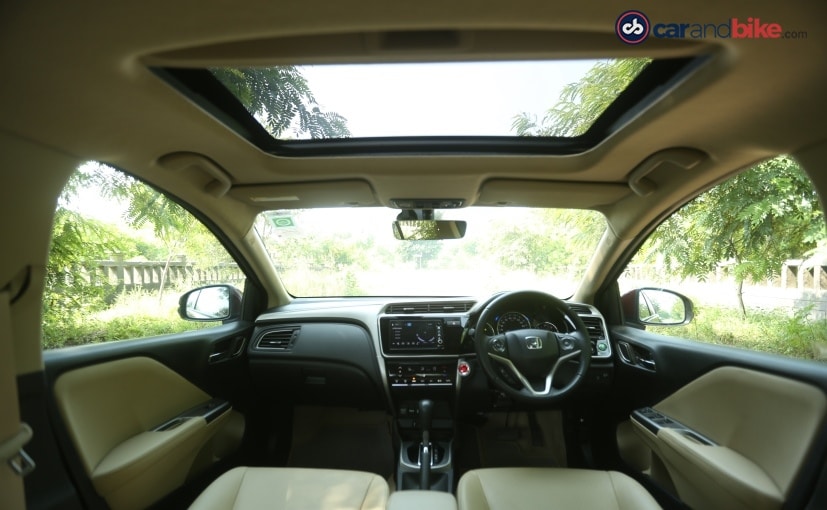 The previous-gen Honda City gets the same dashboard layout as what we have seen in the Jazz.

Then it also gets an all-new steering wheel that still has a three-spoke design like but gets a small centre and angular controls that replaces the old round units seen on the previous model. According to our review, the rear seat too is high on comfort with good cushioning and comfortable backrest angle. However, despite the width it is idle for two because of a tall transmission tunnel and intruding rear air-con vents. A special mention also for the front seats which feels best-in-class with proper side and lumbar support and very well cushioning. 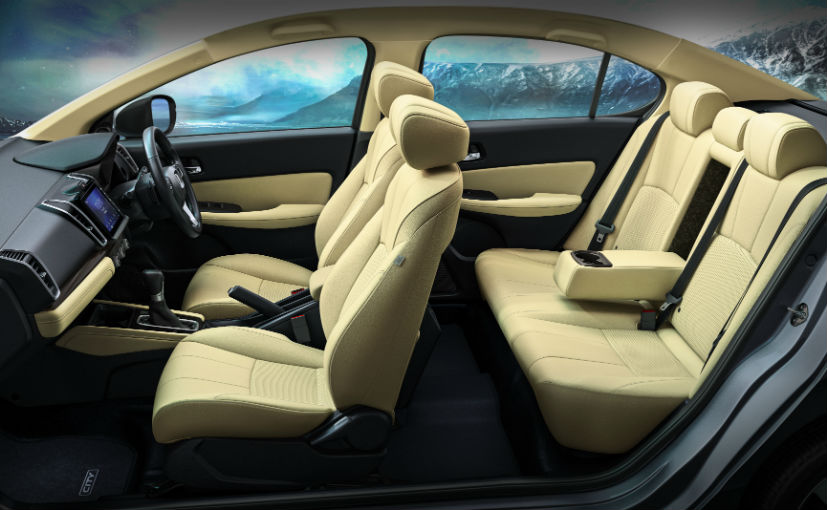 The India-spec 2020 Honda City's cabin will get a dual-tone beige and black treatment.

The 2020 Honda City is actually a well-rounded package offering an elaborated features list right from the base variant. In addition to features that the previous model offers, it also gets features like a bigger 8.0-inch touchscreen system with Apple CarPlay and Android Auto as we have already mentioned. Then there are also additional features like 8-Speaker Premium Sound System, Lane watch camera, Full-LED headlights (9 LED array), LED front fog lamps, Exclusive leather upholstery, All power windows auto up / down, Power window and sunroof keyless operation. The new-gen Honda City is a well-rounded package being packed to the gills with features. 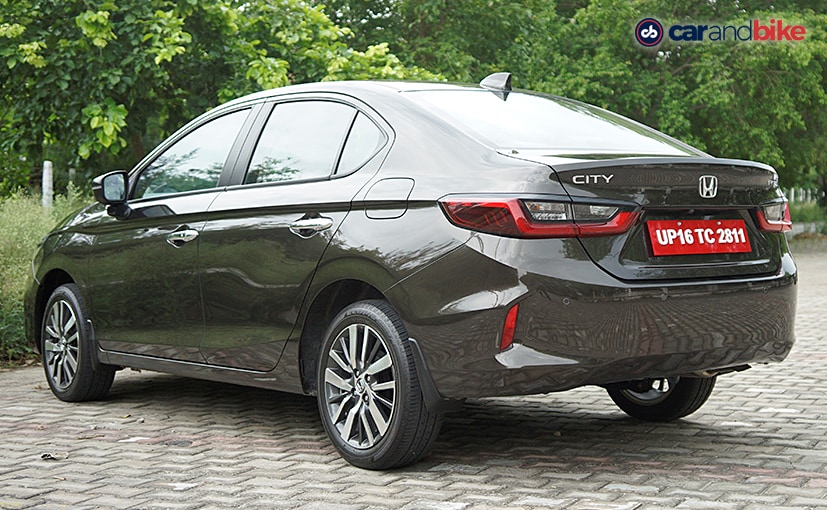 The 2020 Honda City gets both petrol and diesel engine options. The previous-gen Honda City will now be offered only with a petrol engine.

The previous generation Honda City will be offered only with the 1.5-litre, four-cylinder, i-Vtec petrol mill that produces similar power outputs. It churns out 119 bhp at 6,600 rpm and 114 Nm of peak torque at 4,300 rpm and is mated to a six-speed manual transmission as standard while a CVT automatic gearbox is optional.