The responsibilities of our President and Prime Minister are huge and their set of wheels allows them to fulfil these duties with ease. Here's are the top five cars used by former Prime Ministers and Presidents of India. 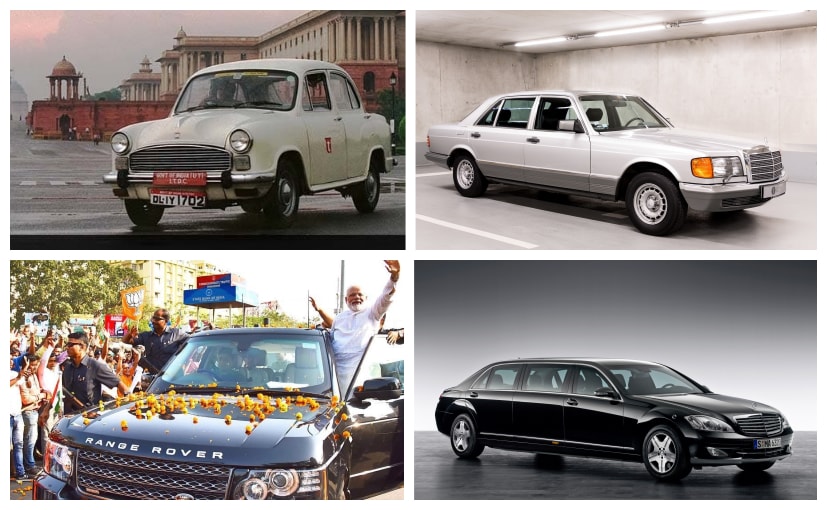 India celebrates its 74th Independence Day today. The founding fathers faced a lot of hardships to gain this freedom and make the country the world's largest democracy. Keeping the occasion in mind, we decided to this day extra special for the auto enthusiasts and list down a few of the special cars that have been or are being used the heads of states. The responsibilities of our President and Prime Minister are huge and their set of wheels allows them to fulfil these duties with ease. So without wasting any more time, let's get down to business. Here's are the top five cars used by former Prime Ministers and Presidents of India.

Rajiv Gandhi was quite popular for his love for fast cars and anything that zooms past the roads in a jiffy. While his official state car was none other than the iconic Hindustan Ambassador, the 6th Prime Minister of India had an array of specials cars at his disposal. Right from the Range Rover Vogue to the Mercedes-Benz 500 SEL to even a Jonga, Rajiv Gandhi preferred to drive his cars rather than relax from the rear passenger seat. He also toured the country in a maroon, modified Jeep CJ7 SWB, while the vehicle of choice for the Parliament was the Range Rover Vogue. 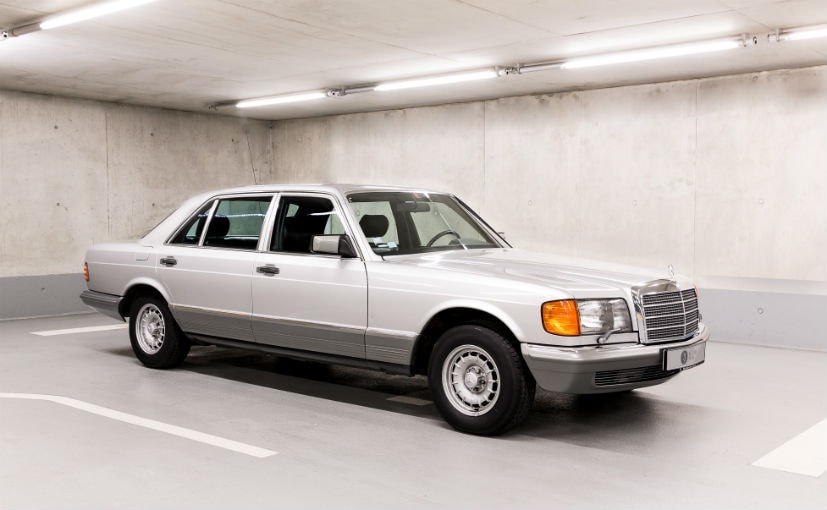 The Mercedes-Benz 500 SEL was added in the brand's portfolio in 1979 and introduced many Mercedes-Benz safety innovations, including the first seatbelt pre-tensioners. It was also the successor to the W116 line in a series of S-Class and the range comprised of seven models. The Mercedes-Benz 500 SEL came with a choice of four engines - from the 2.8-litre six-cylinder carburetor engine with 156 bhp to the 5.0-litre all-aluminium V8-engine with petrol injection and 240 bhp. Furthermore, one could decide between two body variants. Beside the normal version there was a prolonged variant as had been offered for generations in the upper-class saloons.

The ninth President of India, Dr. Shankar Dayal Sharma was the first President to use the bullet and grenade proofed Mercedes Benz S-Class limousine. The Mercedes Benz W140 limousine has guarded the head of state for the longest time and is even used till date in the form of S600 Pullman Guard. The flagship model from Mercedes-Maybach, the Mercedes Benz W140 limousine comes with requirements of the highest protection class BR7-level. The President's motorcade always consists of the former presidential car, a black Mercedes-Benz armoured limousine, which is used as a spare vehicle. The presidential car displays the National Emblem of India instead of the number plates and are protected and followed by the President's Bodyguard. 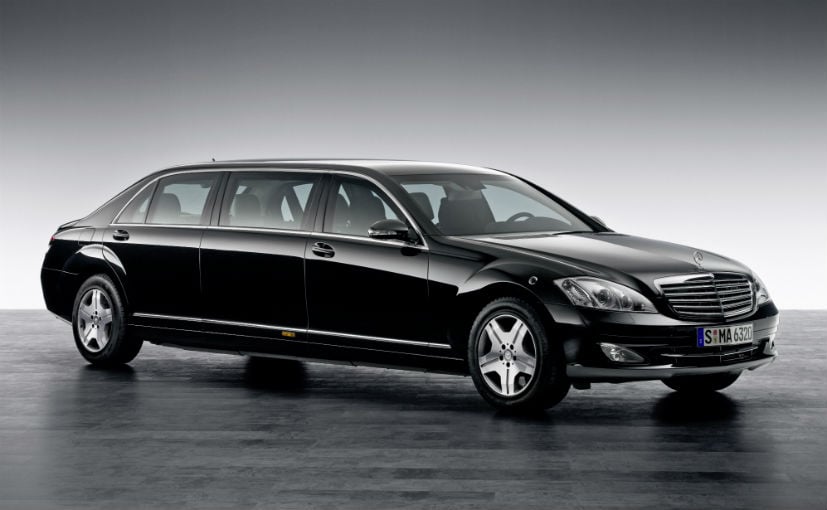 The Mercedes Benz S-Class limousine is capable of VR9-level ballistic protection, handguns shots of up to .44 caliber, military rifle shots, bombs and even gas attacks. In terms of dimensions, the President's Mercedes Benz S-Class Limousine comes with a wheelbase of 3368mm and measures 5448mm in length, 1900 mm in width and 1494 mm in height. It has a 6.0-litre V12 petrol engine which is capable of churning out 523 bhp of max power and 830 NM of peak torque, coupled to a 7-Speed dual-clutch transmission.

The iconic Hindustan Ambassador has been the preferred choice of vehicle for almost all the head of states. Even chief ministers at one point of time used the Ambassador even till recent times, before the company was sold off to Peugeot for ₹ 80 crore. Manufactured by Hindustan Motors of India, the Ambassador was in production since 1958 to 2014 with minor changes over the entire period. The Ambassador was originally based on the Morris Oxford series III model, which came from the stable of Morris Motors Limited. Since Inder Kumar Gujral's tenure, the Ambassador has been the most loyal vehicle of choice, as it was also used by H D Deve Gowda, and even by Atal Bihari Vajpayee. 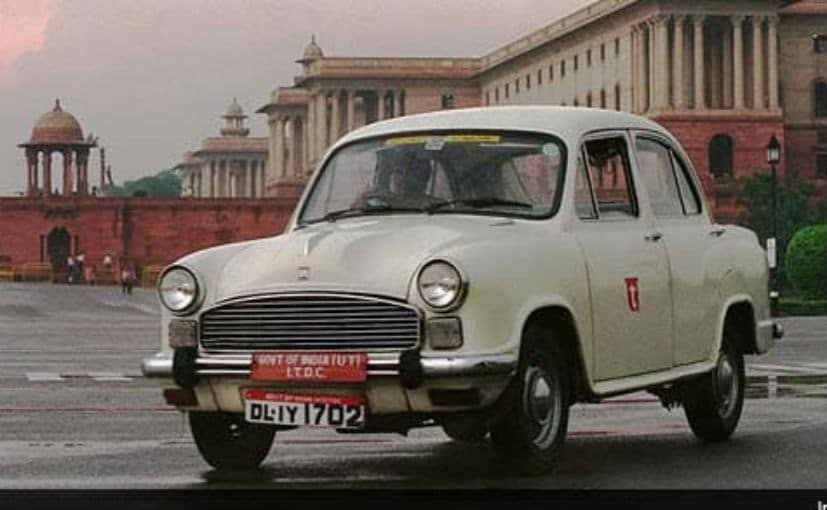 The Hindustan Ambassador evolved over the years and has till now seen six generations, right from Mark I, Mark II, Mark III, Mark IV, Mark V and Mark VI, which saw two upgrades in 2003 and 2004. The Avigo model, launched in 2004, was the most radical revision of the revered Ambassador. However, due to stricter emissions norms, the company introduced a cleaner version in 2013 with BS-IV 1.5-litre diesel engine. Hindustan Ambassador came with an Austin Motors derived 1476 cc side-valve petrol engine, which was later replaced by a 1489 cc, 55 bhp overhead-valve BMC B-series petrol engine.

The Ambassador has been the official state car for the longest time, but until recently, the former Prime Minister of India Manmohan Singh switched to the BMW 7-Series 760 Li, which is a heavily fortified petrol beast. Even the current Prime Minster Narendra Modi used the BMW 7-Series 760 Li, which supposedly costs close to ₹ 10 crore. However, the PMO's fleet has three such high-end, bullet-proof armoured sedan as one is used by the PM, while the other two are used are decoys. The VR7 certification means that the BMW 7-Series 760 Li is a fortress and can withstand AK47s, high-intensity blasts as well as roadside bombs. Moreover, the 7-Series 760 Li also gets heavy sheet metal which weighs more than 4 tonnes, and has a provision for its own air circulation system with an oxygen tank. Fun fact about the 7-Series 760 Li is that it can run up to 80kmph with punctured tyres. 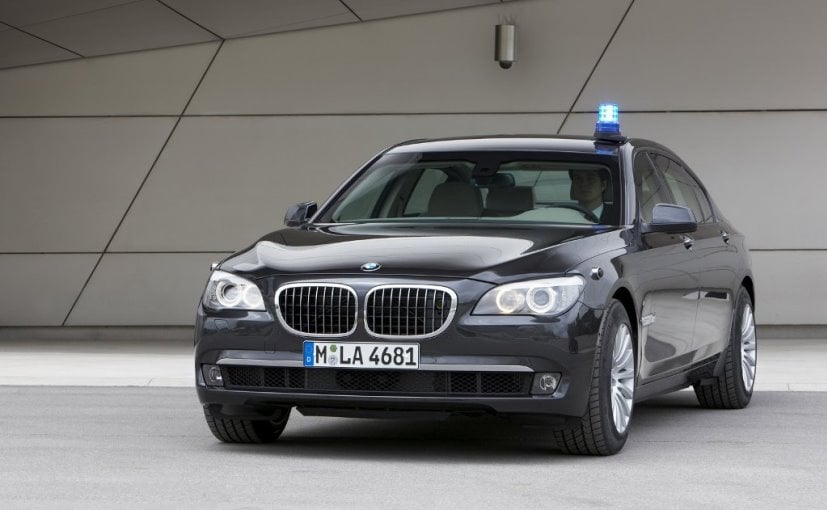 The top-of-the-line 7 Series is said to be the most powerful BMW ever as the V12 Excellence variant is the first M Performance model based on the BMW 7 Series sedan and gets the signature xDrive all-wheel-drive (AWD) system as standard. It gets a mammoth 6.6-litre, M Performance TwinPower Turbo twelve-cylinder petrol engine that packs out a monstrous 601 bhp and a massive peak torque of 800 Nm. The tried and tested 8-speed Steptronic Sport automatic gearbox sends power to all four wheels via BMW's xDrive all-wheel-drive system. It can go from 0-100kmph in just 3.7 seconds.

Also Read:  2020 Independence Day: Top Luxury Cars That Are Made In India

While the PM upgraded his vehicle of choice to the BMW 7-Series 760 Li, Modi also prefers to travel in the Tata Motors owned Land Rover Range Rover Sport. The PM has very recently started using the full-sized SUV as it is quite easy to get in and out of the car. Moreover, the panoramic sunroof allows the head of the state to greet the public without stepping out. The Range Rover Sport too, is heavily guarded and is always surrounded by a convoy of heavily armoured BMW X5's. More recently, the Prime Minister has also added an all-black Land Cruiser 200 to his cavalcade and has also been seen being ferried in the capable SUV on a number of occasions. 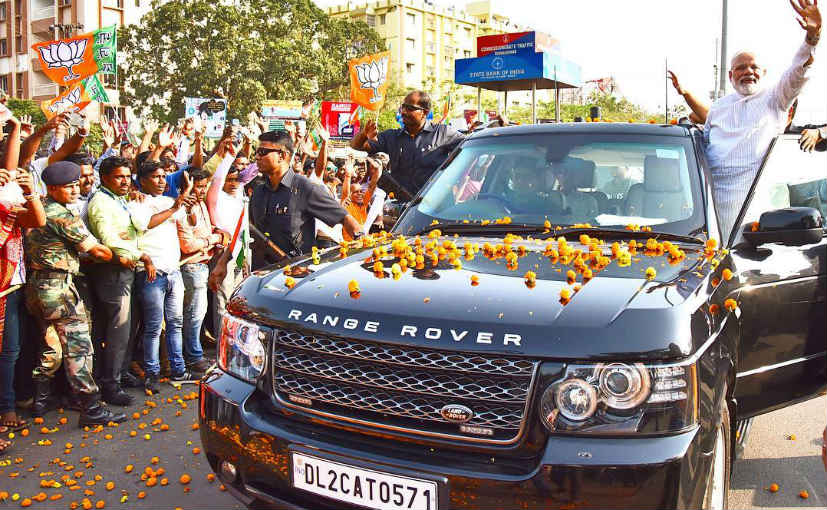 The Range Rover Sport used by the PM is the 2010 Range Rover HSE, and comes with a 5.0-litre, V8 engine that does more than 375 bhp and has a top speed of 218kmph. It also comes with the company's formidable 4x4 system, which can does heavy duty off-roading like a walk in the park. Similar to the BMW 7-Series 760 Li, the Range Rover Sport is also compliant with a VR7 grade of ballistic protection and has gas-safe chamber in case of a gas attack. Moreover, it is said that this particular Range Rover Sport comes equipped with self-sealing fuel tank, fire-fighting system, thick bullet-proof windows and armoured plates on the under body.