A new and updated Triumph Rocket III has been spotted undergoing test runs, and the bike looks similar to a design sketch released last December. 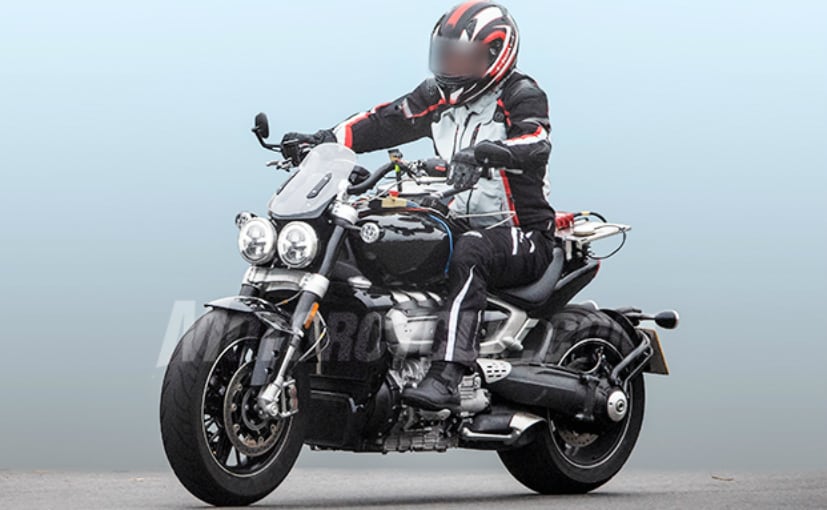 Triumph Motorcycles is getting ready with an updated version of the company's big cruiser - the Triumph Rocket III. Spy photographers have spotted an advanced prototype of the new model undergoing test runs. News of an updated Rocket III have been doing the rounds for some time now, when pictures and information from a Triumph dealer conference were first released in December last year. A design sketch of the new Rocket III was briefly flashed on the screen at that conference, and a prototype of the updated bike was also briefly ridden across the stage. But no pictures of the actual bike have been available so far, until now. 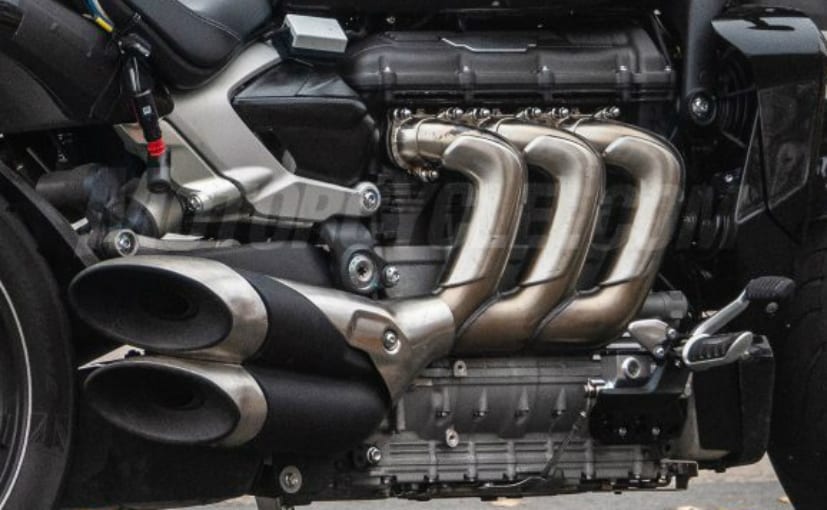 The bike in the latest spy shots appears to match the design sketch and gives us a good look at a lot of details about the bike. The exterior of the engine looks similar to the outgoing Rocket III (which, by the way, has been discontinued in India, and in Europe due to emission regulations, but is still on sale in the US). The engine is still an in-line three cylinder, and is expected to have been completely revised, with rumours even suggesting that the displacement of the updated engine could be increased from 2,294 cc closer to 2,500 cc. And of course, it will meet all the latest emission regulations, possibly even meet Euro IV regulations which will kick in from 2020. 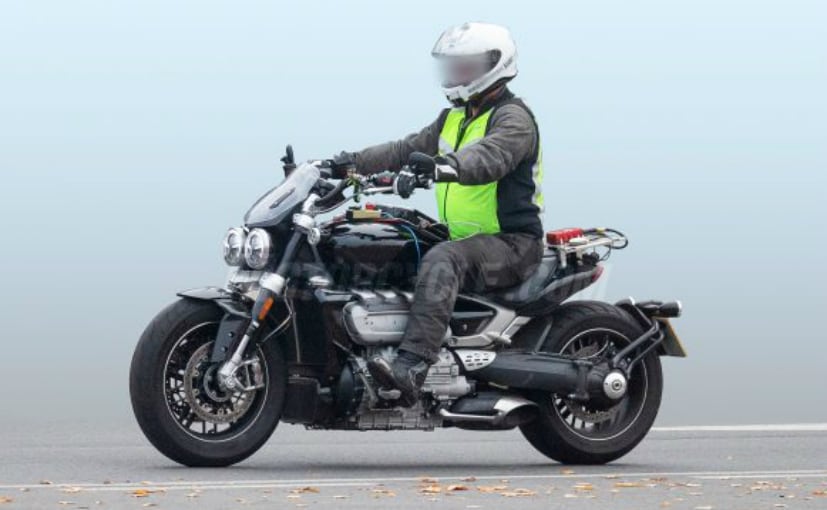 The 2020 Triumph Rocket III will be shaft-driven and with new suspension, chassis and updated brakes

What's different are the short and stubby exhaust system of the triple cylinder engine, flowing from the right side of the engine to two vertically stacked stubby exhausts on the right side, and a third, single exhaust on the left side of the bike. The shorter exhausts reveal that the Rocket III will continue to be shaft driven with the drive shaft enclosed within the single-sided swingarm. The dual shocks are gone and have been replaced, possibly by a linked monoshock located beneath the seat. 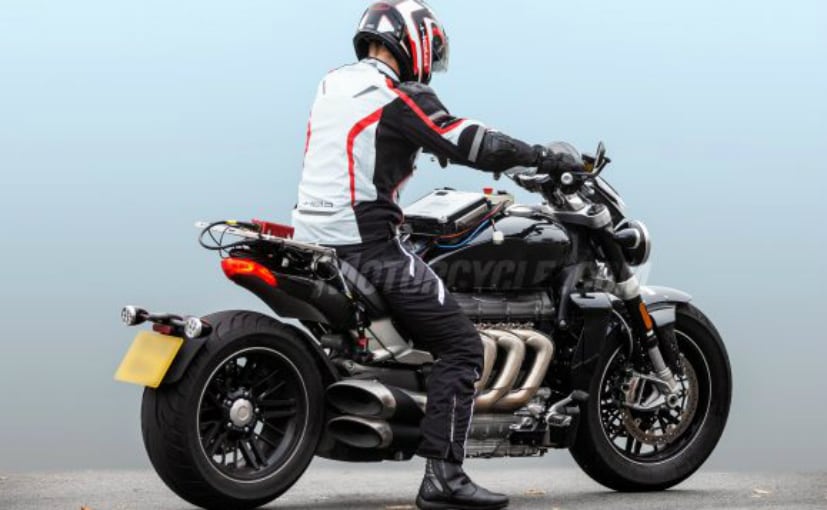 The new suspension and swingarm design means an all-new frame design has also been employed. The overall silhouette of the new Rocket III is sportier than the traditional cruiser design of the earlier model. So, expect the dynamics to have changed as well. The front suspension has also changed, and now employs a beefy upside down fork. The rake angle looks shaper than before, and the new model also sports Brembo brakes with ABS. 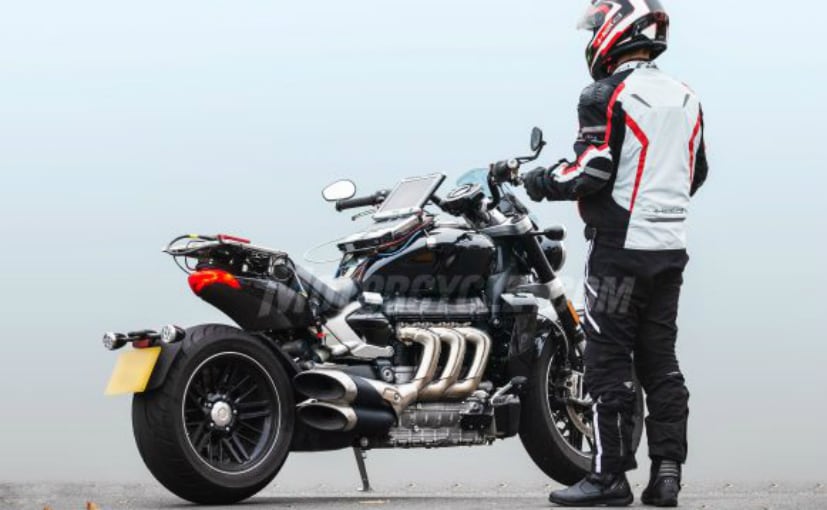 The rear view spy shots show a stubby tail-end, with an integrated brake light, with the rear turn signals mounted to a tyre-hugging fender. LED headlights, bar-end mirrors and a new instrument console can also be seen, which will possibly help manage the bike's electronics such as ABS, traction control, engine maps as well as built-in GoPro control. The bike seen in the spy shots seem to be almost production ready, so expect some more news in a few months' time about the new Rocket III, likely to be launched later this year.