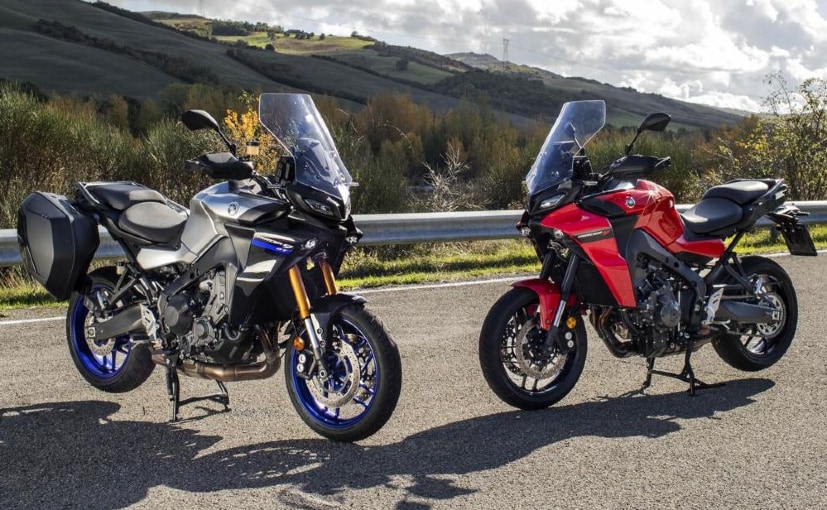 The 2021 Yamaha Tracer 9 and Tracer 9 GT are the latest iterations of the sport-touring models from Yamaha and are all-new motorcycles. The bikes have been completely revamped in the third generation update, and feature a new engine, new frame, swingarm and a six-axis inertial measurement unit (IMU), along with all-new styling and design. The engine is the latest version of the Yamaha triple, which now displaces 890 cc, with a 3 mm longer stroke on the next-generation Crossplane 3 (CP3) engine which bumps displacement by 43 cc. 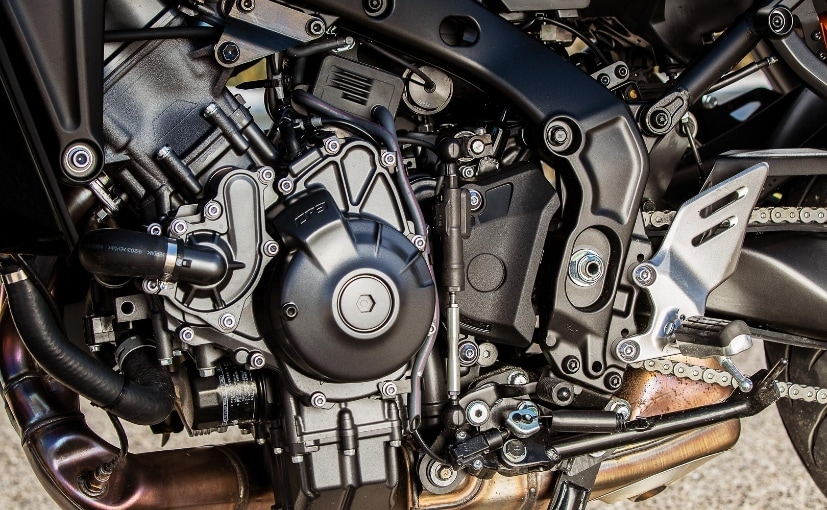 The 890 cc, inline three-cylinder four-valve, DOHC, liquid-cooled Euro 5 engine reduces emissions, but also increases performance. The new engine increases torque by 4 per cent, and takes maximum power from 113 bhp to 115 bhp. The CP3 engine is shared with the recently unveiled 2021 Yamaha MT-09 and puts out identical numbers. The engine makes 115 bhp at 10,000 rpm and peak torque of 93 Nm at 7,000 rpm. The engine for the new Tracer 9 also weighs 1.7 kg less than the outgoing 847 cc Crossplane engine and comes with a new twin exhaust set-up that makes the bike reduce weight by 1.4 kg over the previous system.

New injectors spray fuel directly into the cylinder head, rather than through the throttle bodies. The power is transmitted to the wheels through a six-speed gearbox equipped with a slip and assist clutch, with a revised cam angle on the clutch for an even lighter feel on the lever. Gear ratios for the first and second gears have been revised to match the increase in torque at lower engine revs. 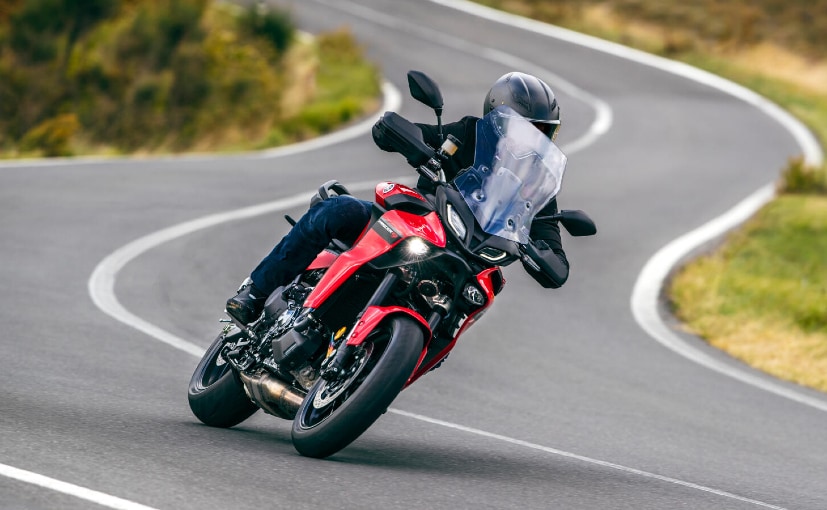 The Deltabox chassis of the new bike has also been significantly updated, and it's said to be lighter and more compact than before. The engine is mounted on the frame at an increased angle which Yamaha says, will improve the new machine's handling dynamics. And complimenting the new frame is a revised swingarm that features new swingarm mounting pivots, and is longer by 60 mm. Working with the new six-axis IMU, the KYB suspension continuously adjusts the damping to keep the 2021 Yamaha Tracer 9 steady on the road. 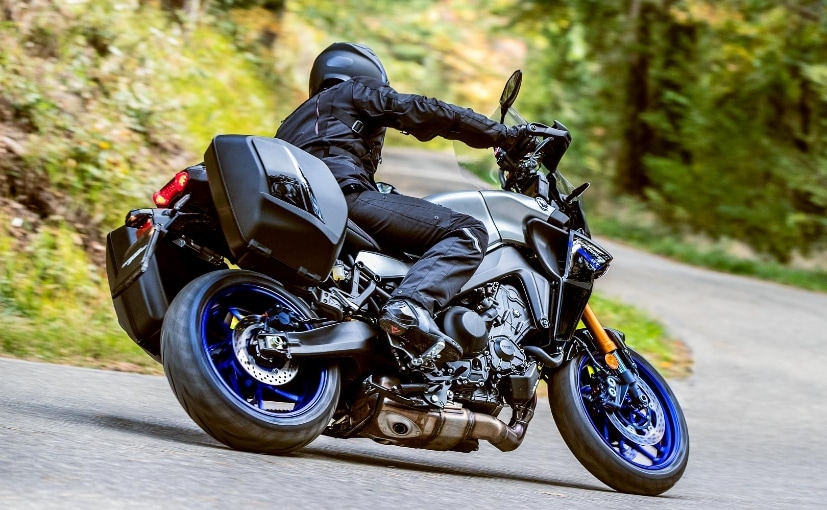 Like the Yamaha MT-09 and the MT-09 SP, the new Yamaha Tracer 9 features a six-axis IMU derived from the Yamaha YZF-R1. The IMU governs the ABS and traction control and allows the rider to manage a host of new and updated assistance systems including three-level traction control, switchable three-level slide control, switchable three-level wheelie control and cornering ABS. The bike features four riding modes, with Mode 1 being the most aggressive, Mode 2 for all-round riding, Mode 3 for softer power delivery and Mode 4 for riding in wet conditions. 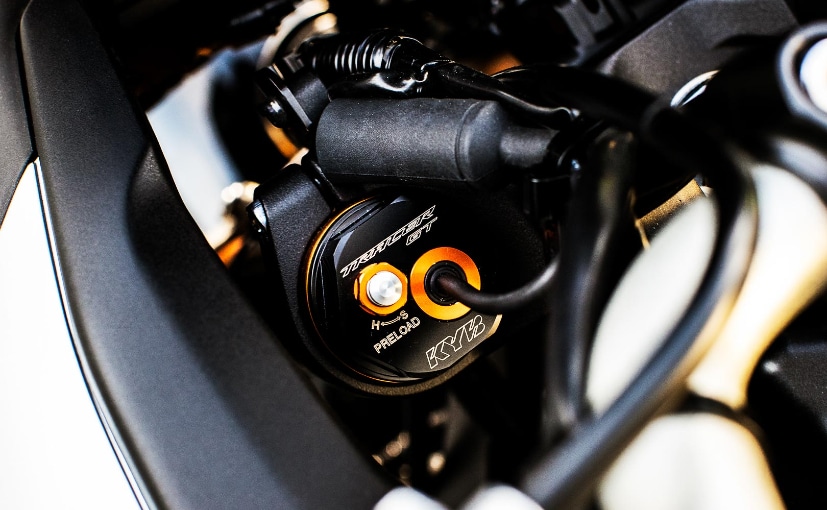 Both versions of the new Tracer 9 come with standard cruise control, which can be engaged only in speeds above 40 kmph and in gears four and above. Once engaged, the speed of the bike can be adjusted in 2 kmph increments. Braking is handled by twin 298 mm discs up front, and there are two levels of ABS, the BC1 the standard level for upright riding, while BC2 is cornering ABS. Nissin calipers, radially mounted, grip the rotors. 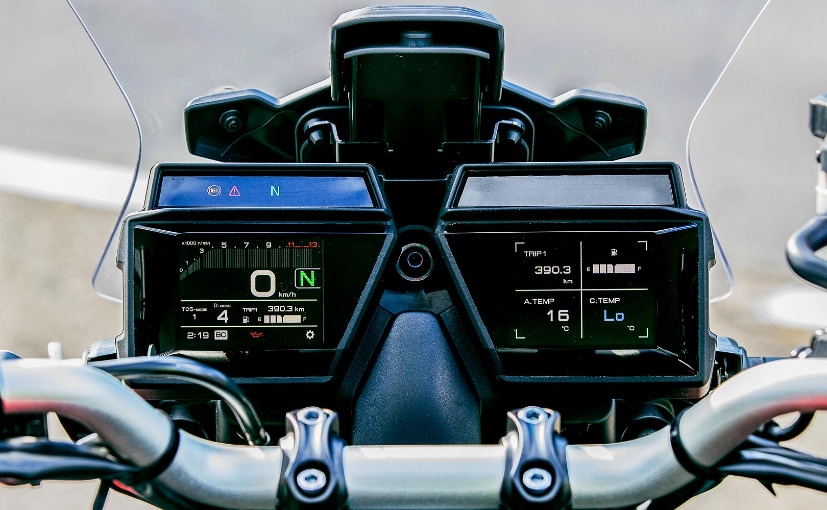 There are two 3.5-inch TFT screens on the 2021 Yamaha Tracer 9, with the information spread out. Speed, engine speed, fuel gauge and gear position are shown on the left screen, while the right screen is split into four segments showing additional information such as odometer, dual trip meters, temperature, etc. LED lighting is used all around, with LED daytime running lights (DRLs), and the LED taillight comes with a three-dimensional effect with the use of specially cut lens elements. 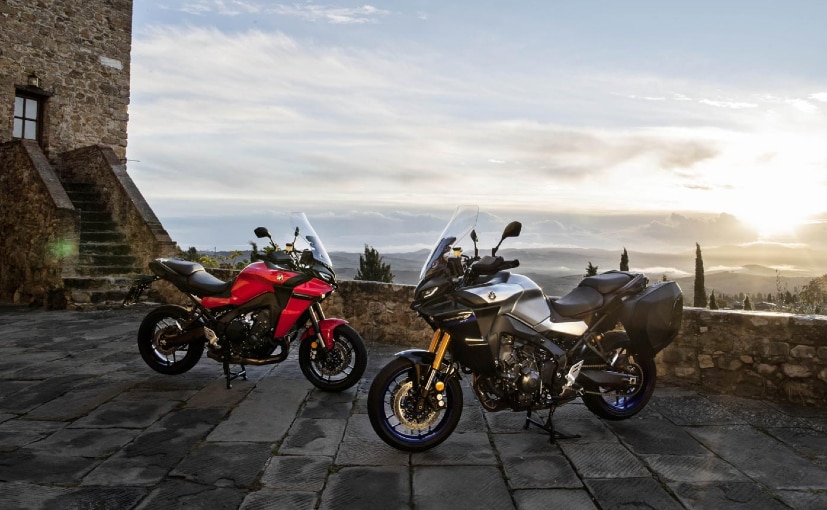 The top-spec variant is the new Yamaha Tracer 9 GT, which features all the updates on the base model, with a host of touring specific additions to make long-distance riding more comfortable. Hard cases come standard on the Tracer 9 GT, and the top-spec model also gets KYB semi-active electronic suspension. An up and down quickshifter is added to the GT variant, along with LED cornering lights, heated grips and dedicated paint schemes. The new Yamaha Tracer 9 and Tracer 9 GT are expected to be introduced in Europe around March 2021, when prices will be announced. So far, there are no plans of introducing the new Tracer 9 and Tracer 9 GT in India.

F1: Lewis Hamilton Is Not A Fan Of The Driver Salary Cap
2 hours ago

F1: Sergio Perez Feels Red Bull Is His Only Viable Option
3 hours ago

How Parent Of BMW's China Partner Drove To The Brink Of Bankruptcy: Report
4 hours ago

2020 Toyota Innova Crysta Facelift: All You Need To Know
8 hours ago

Ex-showroom Price
₹ 1.44 Lakh
EMI Starts
₹ 4,754 11.5% / 3 yrs
Get On-Road Price Check Reviews
Subscribe to Our Newsletter
Over 1.5+ Lakhs subscribers
Thank you for Subscribing to Us