Hero MotoCorp - Chairman, Dr. Pawan Munjal was felicitated by the Asian Tour with a 'Special Achievement Award' for his contributions to Asian Golf. 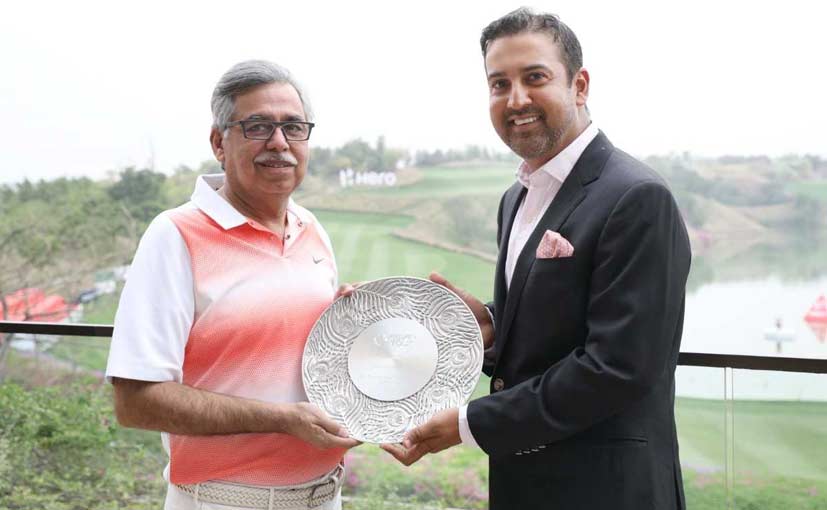 View Photos
Dr. Munjal was presented with a 'Special Achievement Award' for Outstanding Contribution to Golf in Asia

Hero MotoCorp - Chairman, Dr. Pawan Munjal was recently felicitated by the Asian Tour with a Special Achievement Award for his contributions to Asian Golf. The Hero boss, who is an avid golfer himself, was presented with a special salver by four-time Asian Tour winner Shiv Kapur, representing the players on the Asian Tour. The ceremony took place at the recently concluded Hero Indian Open Golf tournament.

Speaking on Dr. Munjal receiving the Special award, golfer Shiv Kapur said, “Dr. Pawan Munjal is not only a fine golfer himself, but he has also done wonders for Indian and Asian Golf. He has been supporting the Hero Indian Open for 14 years, along with the Hero Women's Indian Open, the Hero Challenge series on the European Tour and the Hero World Challenge on the PGA Tour. He also supports several players and the domestic women's Tour. This special felicitation is our way of thanking Dr. Munjal and Hero MotoCorp for what they have done for Golf, not just in India, but also in Asia and around the world.”

Thanking the Asian Tour for the special award, Dr. Munjal said, “Golf is a great game that teaches us a lot about integrity and strategy. It is gratifying to be lauded for our efforts, but even more satisfying is to see the game keep developing every year. We remain committed to supporting golf and budding golfers around the globe.”

Hero also remains world's largest producing two-wheeler company, a position its holds for the past 18 consecutive years. Hero MotoCorp has also been actively involved with sports across varied disciplines including golf, cricket, field hockey, football and more for over two decades.