The Aston Martin DB11 AMR is new flagship variant and makes 30 bhp more than the standard V12. It's now the fastest production car from Aston Martin. 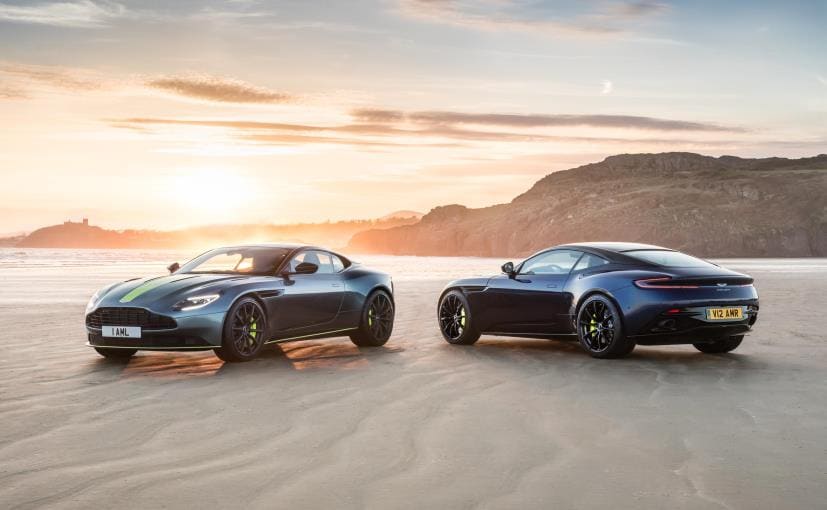 British sports car marque, Aston Martin, has introduced the flagship model of its DB11 range - the Aston Martin DB11 AMR. Launched at the opening of the new Nurburgring-based AMR Performance Centre, the new Aston Martin DB11 AMR is now on sale in the UK for £174,995, which is about just a little over ₹ 1.6 crore. Although powered by the same 5.2-litre V12 engine, the DB11 AMR does come with a sizeable boost of 30 bhp over the standard model and now offers a maximum power output of 630 bhp. Being the flagship model, the DB11 AMR can do a 0-100kmph sprint in 2.7 seconds, which is 0.2 seconds faster than the regular DB11 V12 and comes with a greater top-speed as well at 335 kmph. It's now the fastest model in Aston Martin's current series production range. 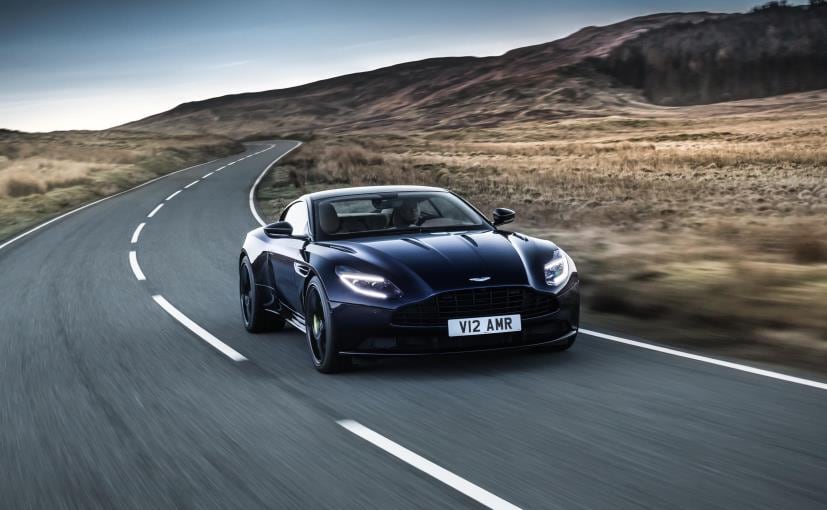 Talking about the new Aston Martin DB11 AMR, Andy Palmer, President & Chief Executive Officer, Aston Martin, said, "Since its initial launch back in 2016 the DB11 range has matured rapidly and intelligently, selling close to 4,200 V12 examples in that period. With the exceptional V8 Coupe and Volante we felt the V12 could reveal more of its sporting potential while remaining the consummate GT. By applying a suite of carefully considered performance and styling enhancements the DB11 AMR is both faster - 208mph! (335 kmph) - and more precise. It's a combination that engages and cossets in equal measure to create a dynamic and seductive new flagship for the DB11 range while consolidating the existing V12-powered DB11s as future collectables". 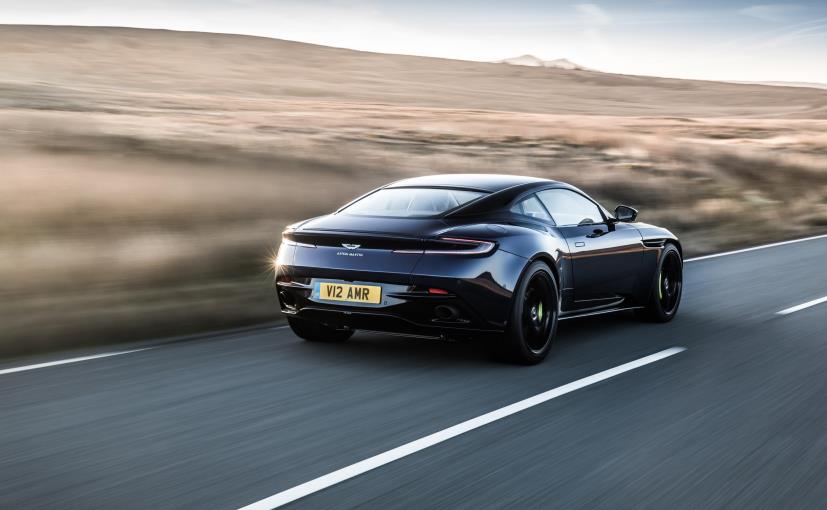 Visually distinguishing it from the regular V12 DB11 are the exposed carbon fibre and gloss black detailing used for both the exterior and interior of the car. The dark treatment is extended to other visual elements as well like dark surrounds for the headlamps and smoked LED taillamps, along with black front grille, gloss black roof, carbon fibre hood blades and black tailpipes among others. The cabin, on the other hand, comes with monotone leather and Alcantara upholstery and a bold contrasting central lime stripe, and a leather sports steering wheel as standard. 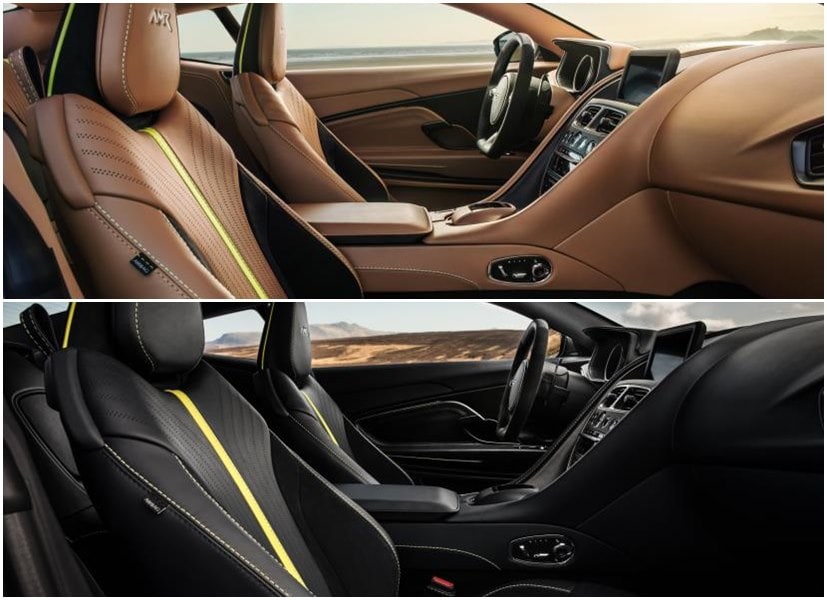 The DB11 AMR gets a dual tone cabin, while the signature edition gets an all-black one

Aston Martin also offers a special AMR Signature Edition that comes with bright Stirling Green and lime livery that you see in these images. The signature edition also comes with extensive carbon fibre detailing on the exterior with matching interior draped in dark knight leather and Lime detailing, along with satin dark chrome switchgear and satin carbon fibre trim. The Aston Martin AMR Signature Edition will be strictly limited to only 100 examples worldwide and is priced at £201,995, which is about ₹ 1.84 crore, as per current exchange price. 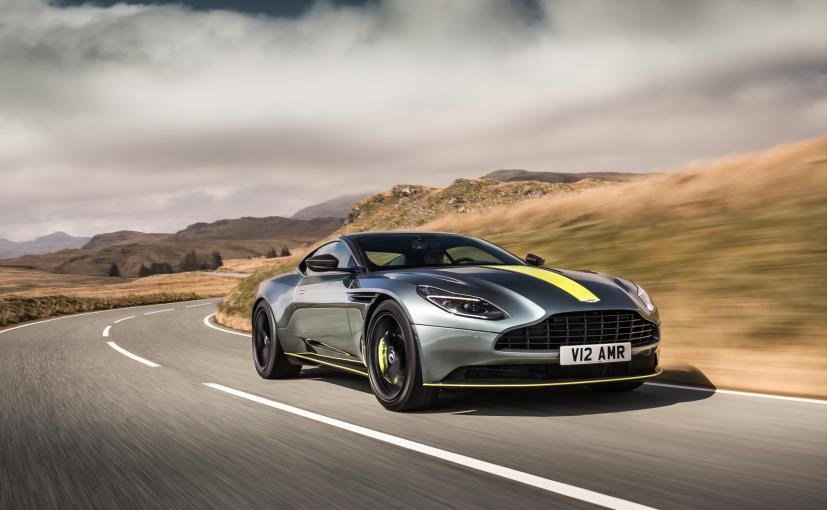 As part of optional accessories, customers will also get to buy carbon-fibre engine cover, exhaust tips and a deployable spoiler that add further detail to the model's exterior, while a new carbon-fibre sports steering wheel and paddeshifts bring that same AMR ethos within the cabin. Right now, the car has gone on sale in the UK, the US and Germany, with the first customer deliveries slated to commence from Q2 2018.