The new 4-litre twin-turbo V8 is capable of churning out a maximum of 503 bhp and develops a peak torque of 675 Nm, which is more than enough to stand by the DB11's sporting character. 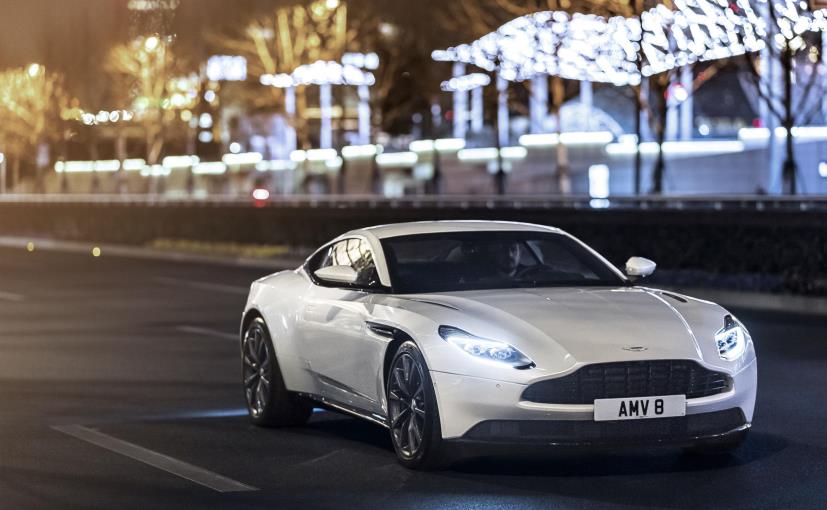 It's been little over a year since Aston Martin launched its latest grand tourer (GT) - the DB11. Essentially the production version of the Aston Martin DB10 a.k.a. DBX concept, that was featured in the James Bond movie Spectre, the DB11 made its debut at the 2016 Geneva Motor Show. As the car successfully completes a year in the market, Aston Martin has now introduced a new twin-turbocharged 4-litre V8 engine for the DB11, in addition to its existing 5.2-litre V12 motor. Aston Martin believes that this new engine will expand the DB11's global appeal with a 'combination of performance and improved efficiency.'

The new 4-litre twin-turbo V8 is capable of churning out a maximum of 503 bhp and develops a peak torque of 675 Nm, which is more than enough to stand by the DB11's sporting character. The engine propels the DB11 from 0-100 kmph in just 4 seconds before reaching a top speed of about 300 kmph. In addition to that, Aston Martin's engineering team has tuned the V8 engine perfectly for its application in the DB11 with custom designed air intake, exhaust and wet sump lubrication systems. Furthermore, the car also comes with new ECU software along with reprogrammed engine and throttle mapping that offers the all-important feel and sound for which Aston Martins are renowned. 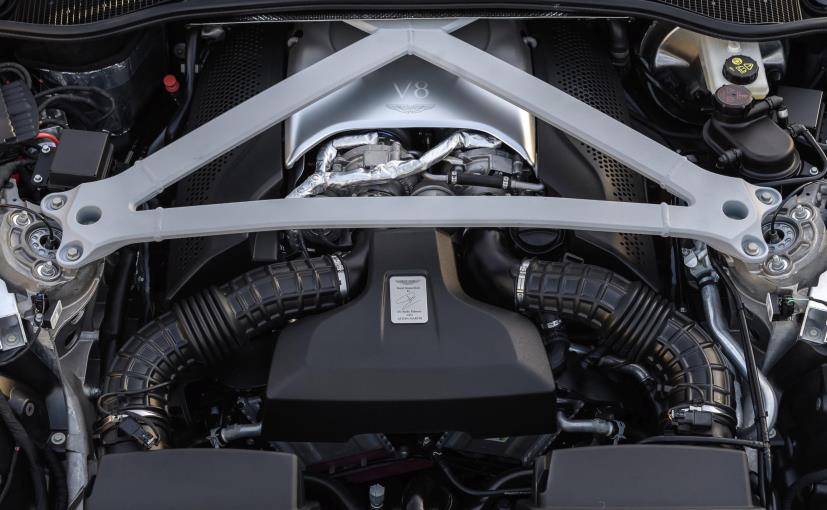 Interestingly, the car also comes with new engine mounts that have enabled Aston Martin engineers to place the V8 as low as possible for an optimised center-of-gravity. Also, the V8's compact design and light weight built has brought the kerb weight of the car down by 115 kg to an impressive 1760 kg.

Talking about the DB11 and the new engine Aston Martin's Chief Technical Officer, Max Szwaj, said, "As an engineer, I find the DB11 a fascinating car. One with great depth of character and ability. Of course, the V12-engined variant is an icon - an ultimate if you like, but the V8 is very much its own car. One with a distinct and carefully crafted character that's truly seductive. It has been hugely rewarding to put our stamp on this new engine - both in the way it sounds and performs - and to use its impressive attributes as the impetus to reveal a little more of the DB11's sporting character." 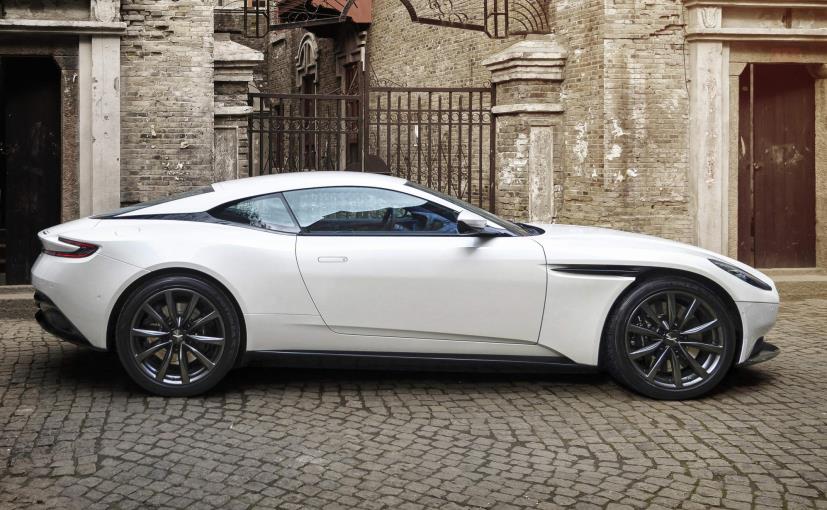 Visually, the differences between the V12 and V8 models are very subtle. For instance, the new V8-powered DB11 comes with new alloy wheels, dark headlamp bezels and a pair of bonnet vents instead of the quartet featured on the V12. These vents come in a choice of black or titanium finish mesh, again different from that fitted to the twelve-cylinder variant. The interior and the feature list remain unchanged. 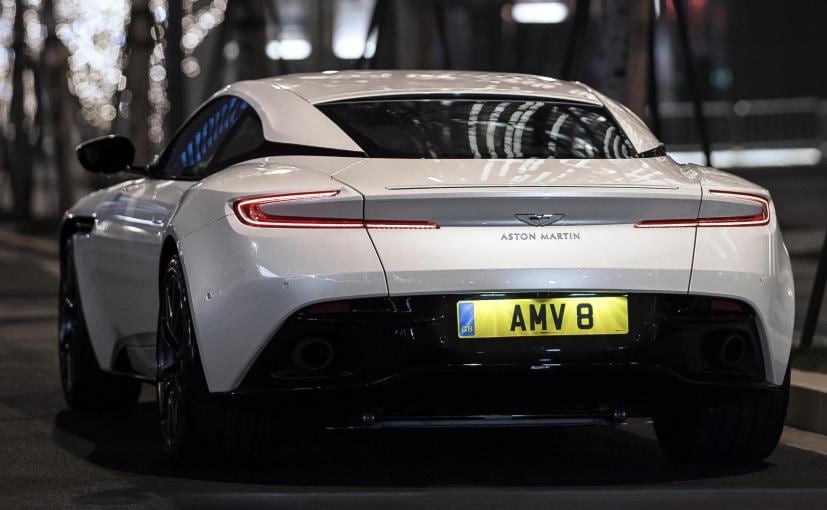 Sharing his view on the new V8-powered DB11, Dr. Andy Palmer, President and CEO, Aston Martin, said, "Now, with this new V8 engine option we have broadened its appeal by offering a car that will bring the DB11 to more customers around the world while still blessed with the exceptional performance and memorable character that sets Aston Martin apart from its rivals. Having driven the car during its development phase, it is not just the engine that has changed the character of the car, but also the resulting dynamic changes to create a remarkable GT car with its own distinct personality from the V12."