Chinese SUVs for India? Expect Them Soon and Smaller 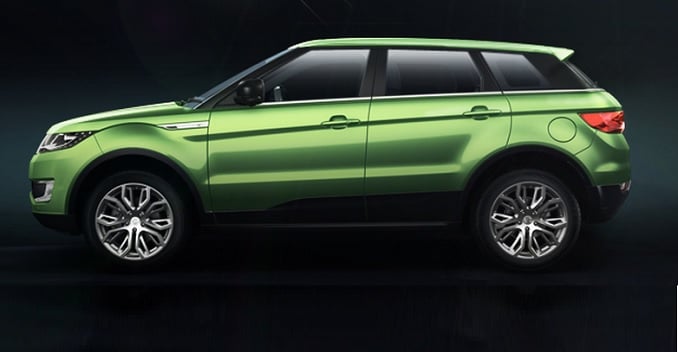 The entry is late and risky - global carmakers like Volkswagen AG, Ford Motor and General Motors have struggled to push sales in the cost-conscious Indian market despite being here for more than a decade. Chinese cars also suffer from perceptions of poor quality in India.

While they plan to woo Indian buyers with their no-frills cars and cut-price SUVs, Chinese manufacturers will compete head on with established carmakers like Suzuki Motor and Hyundai Motor that dominate many markets in Southeast Asia.

Even so, India offers one of the last frontiers of growth - by 2020 the country is likely to become the world's third-largest car market, from fifth place, with annual sales nearly doubling to 5 million vehicles from 2.7 million in 2015.

SAIC and Great Wall are in separate talks with the state government of Maharashtra to set up a factory in the auto hub of Pune city, the state industries minister told news agency Reuters.

SAIC is also in discussion to buy a plant currently operated by GM in Gujarat, according to people familiar with the matter. The Detroit automaker plans to stop production at the Halol plant in Gujarat by end-June as it consolidates operations at one location.

"We are examining a number of options in relation to the Halol factory ... including the sale of the site," GM said in a statement. The company declined to elaborate on how it plans to sell the factory and said there was nothing further to announce about Halol at this point.

In February, 12 executives from Great Wall attended the India Auto Expo car show to survey the market and understand government policy on diesel engines and emissions, an industry source in India said.

Great Wall's board of directors on March 7 voted unanimously in favour of a motion to establish a subsidiary in India, according to a stock exchange filing. A spokeswoman said there were no further details on the automaker's plans there, including when it would set up a subsidiary.

Chongqing Changan Automobile, China's fourth biggest automaker, launched a search in January for an advisor in India to help form an entry plan, according to an email from the company to a consultant that was seen by Reuters.

Company president Zhu Huarong told reporters in November that Chongqing Changan saw India as one of its three strategic foreign markets for investment and planned to start making cars there by 2020.

Global carmakers like Toyota Motor Corp and Volkswagen have struggled to push sales in India in part due to the lack of a portfolio of feature-rich, compact cars priced at about ₹ 3.33 lakh - ₹ 4.66 lakh, a segment where demand is high.

Equally essential in the Indian market is having a wide-spread service network and keeping car maintenance costs low.

"If the Chinese carmakers are able to overcome the quality perception, they have a huge cost advantage," said Amit Kaushik, country head at consultant JATO Dynamics.

SAIC is evaluating what models to launch in India and is considering vehicles less than four metres in length because of favourable policies - sub-compact cars attract lower taxes - the source close to the company said.