Hamilton pitted from the lead at the end of Lap 19 and Verstrappen took the race lead and with his Supersoft tyres in good shape he kept extending his lead over Hamilton till Lap 27 when he pulled into the pit lane. 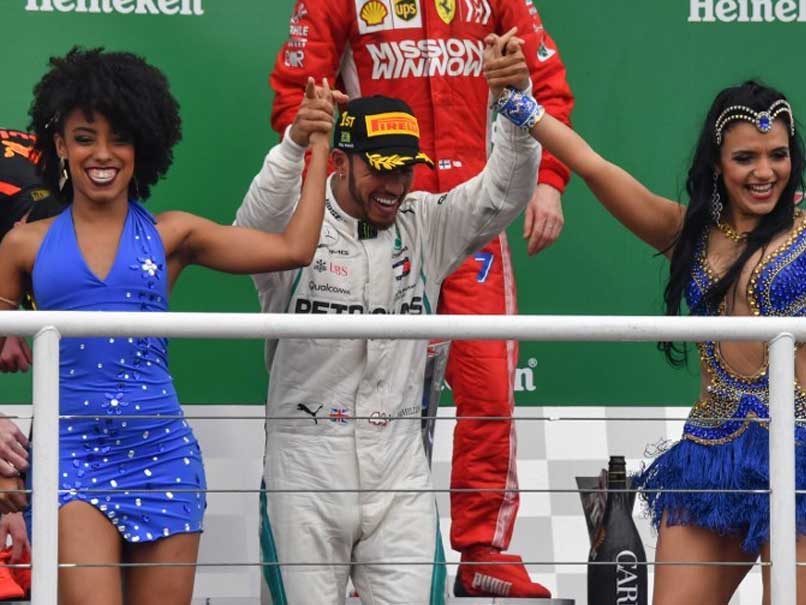 It was drama at the 2018 Brazilian Grand Prix with just 27 las to go, after race leader Max Verstrappen spun out, handing the win to Mercedes driver Lewis Hamilton, who scored his 10th victory of the Formula 1 season. Hamilton lead through the first half of the race before he was passed by Max Verstrappen who then looked all set to take the podium. However, Force India driver Esteban Ocon's attempt to unlap himself resulted in contact with Verstappen, spinning the Red Bull driver out of the lead. Verstrappen could not regain his position and Lewis Hamilton sealed his victory and extended his lead further. Team Mercedes also lifted the Constructors title for the fifth consecutive time.

Verstappen looked set to take the top honours as he catapulted himself into contention for victory with a rapid opening stint. Verstappen went past Ferrari drivers Kimi Raikkonen and Sebastian Vettel at Turn 1, taking the inside line. He then set his eyes on Bottas who was in P2 and on lap 10 went past him. The only driver ahead of Verstrappen now was Lewis Hamilton.

Hamilton pitted from the lead at the end of Lap 19 and Verstrappen took the race lead and with his Supersoft tyres in good shape he kept extending his lead over Hamilton till Lap 27 when he pulled into the pit lane.

Verstappen looked in control of the race as he opened up a gap to Hamilton, but this elation was short lived as Force India's Esteban Ocon tried passing Verstappen down the inside at Turn 2 only to make contact with the race leader sending both the cars spinning. This helped Hamilton get past the race leader with Verstrappen joining the race in second position. Ocon was later given a 10-second stop/go penalty for causing a collision.

Kimi Raikkonen completed the podium for Ferrari, while teammate Sebastian Vettel struggled for pace. Bottas finished the race fifth ahead of Vettel who was placed in sixth position. Charles Leclerc brought in some points for Sauber, while Romain Grosjean and Kevin Magnussen gave Haas a boost in the fight for P4 in the constructors' championship as they finished eighth and ninth.