The upcoming Hyundai Santro Anniversary Edition brings cosmetic upgrades to the hatchback and is being offered in the mid-spec Sportz trim. 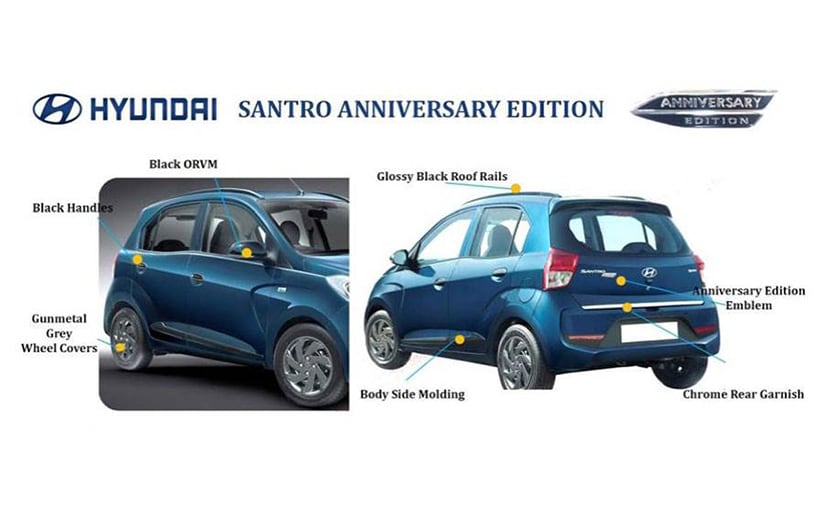 The new Hyundai Santro completes its first anniversary on October 23, 2019, and to celebrate the occasion, the South Korean automaker will soon roll out the Anniversary edition of the hatchback. The Hyundai Santro Anniversary Edition gets cosmetic and feature updates and will be based on Sportz trim on the model. Leaked details about the new Santro special edition reveal a starting price of ₹ 5.17 lakh, going up to ₹ 5.75 lakh for the AMT version (all prices, ex-showroom Delhi), which makes it about ₹ 10,000 more expensive than the mid-spec version. The special variant is also being launched just in time for the festive season that should help push volumes further for the automaker. 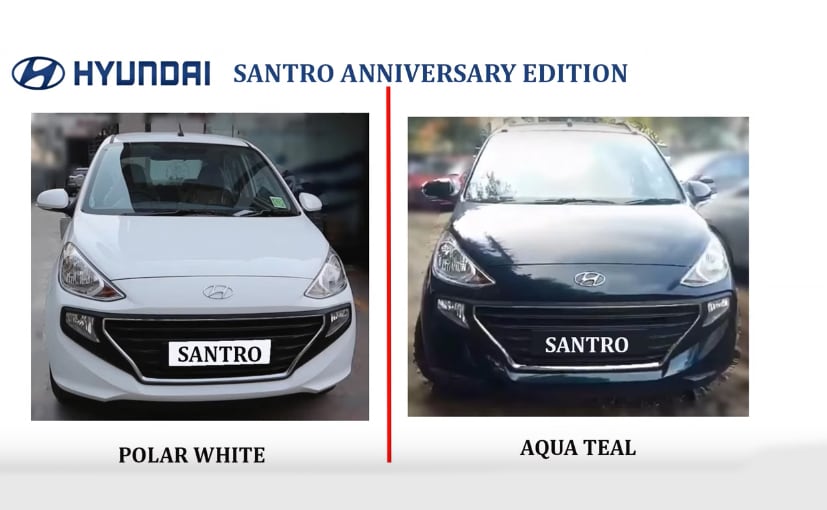 The Hyundai Santro Anniversary Edition gets small upgrades including gloss black accents on the roof rails, ORVMs and door handles, while the wheel covers are finished in dark grey. There's also additional cladding on doors, and a chrome strip on the boot with the anniversary badge. The anniversary edition is being offered in two colour options - Polar White and Aqua Teal. The latter was recently introduced on the Hyundai Grand i10 Nios. Inside, the changes include an all-black cabin with new blue colour interior pack that adds blue accents on the air vents and the gearshift bezel. 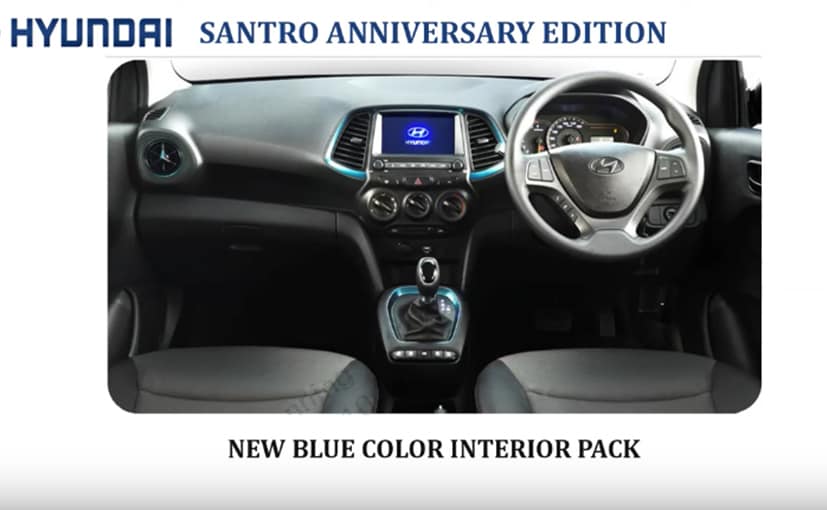 There are no mechanical changes on the Hyundai Santro Anniversary Edition. The car is being offered with the same 1.1-litre petrol motor tuned for 69 bhp adn 99 Nm of peak torque, paired with both 5-speed manual and AMT transmission options. The Santro has been off to a decent start and has managed to sell an average of around 4000 units every month. This, despite the overall slowdown that has affected the auto industry since the beginning of the year. The new anniversary edition is likely to help draw more prospective customers to the showrooms, and against a number of rivals including the Tata Tiago, Maruti Suzuki Wagon R, Renault Kwid 1.0-litre and the likes.