Michael Dunlop won the Lightweight TT title on his Paton S1-R, giving him three wins this week at the Isle of Man. 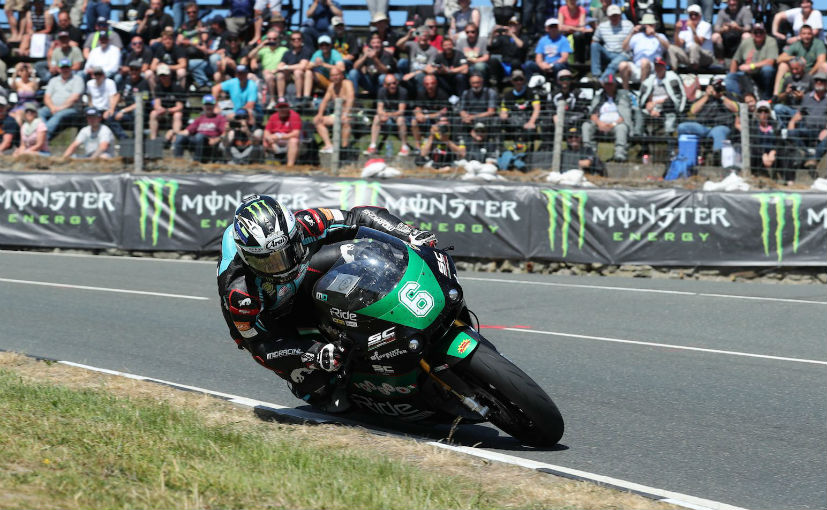 Michael Dunlop has taken the Lightweight TT title, giving him the third win of the week and moving his totally tally of 18 titles at the Isle of Man. He is now third overall on the all-time winners list at the Isle of Man, behind John McGuinness with 23 wins and the late Joey Dunlop (26) Michael's uncle. The latest record was achieved on Wednesday with Michael Dunlop piloting the Paton S1-R, finishing the four-lap race in 1:15:05.032 with an average lap speed of 120.601 mph (194.08 kmph).

The Lightweight TT is Dunlop's 18th TT victory and third this year including the RST Superbike TT and Monster Energy Supersport 1 race. Despite a relatively steady start, Dunlop took advantage of early leader Ivan Lintin's retirement and set a new lap record with a speed of 122.750 mph (197.546 kmph), 14.6 seconds clear of Derek McGee and Michael Rutter. McGee's second position was his first TT podium and Rutter got his 17th TT podium. In all, with Bonetti finishing fourth and Thompson in fifth, four Patons finished in the top five. Michael Sweeney, Ian Lougher, Adam McLean, Julian Trummer and Dominic Herbertson completed the top ten.

This year, two riders have lost their lives at the Isle of Man. Dan Kneen of Tyco BMW crashed during practice for the Superbike TT and died of injuries. Then earlier this week, newcomer Adam Lyon died after crashing in the Supersport 1 race. John McGuiness has missed this year's Isle of Man TT after a fracture aggravated on his leg, due to injuries suffered last year.