Mahindra XUV500 Facelift Spotted Alongside Tivoli-Based S201 And TUV300 Plus

The 2017 Mahindra XUV500 facelift has been spotted testing for the first time while we have already seen the TUV300 Plus and the Tivoli-based S201 compact SUV in a couple of instances before. View Photos
2017 Mahindra XUV500 is expected to be launched in India by year-end, while the other two in 2018

The upcoming 2017 Mahindra XUV500 has been recently spotted testing in India alongside, the new TUV300 Plus and the all-new Tivoli-based S201 compact SUV. It was during the launch of the KUV100 NXT when the company had announced its plan to introduce several new and refreshed models in the country in the coming months. While the 2017 Mahindra Scorpio facelift is set to be launched in India on November 14, the updated SUV500 is expected go on sale in India by the end of this year, and the other two are likely to be launched in 2018.

Now, there is only one image that offers a side view of all three cars and moreover, all three test mules are heavily camouflaged. This is the first time that the Mahindra XUV500 facelift has been spotted testing and we can see that the profile of the popular SUV is largely similar to the outgoing model. Having said that, the updated XUV500 gets a set of new alloys, which is same as the one we saw in the XUV Aero concept at the 2016 Auto Expo. The taillamp and the sloping D-pillar remain unchanged, although the new XUV500 appears to get bigger spoilers and a revised rear bumper. The heavily disguised front section of the XUV500 test mule also suggests that the front end of the SUV will come with considerably updates. 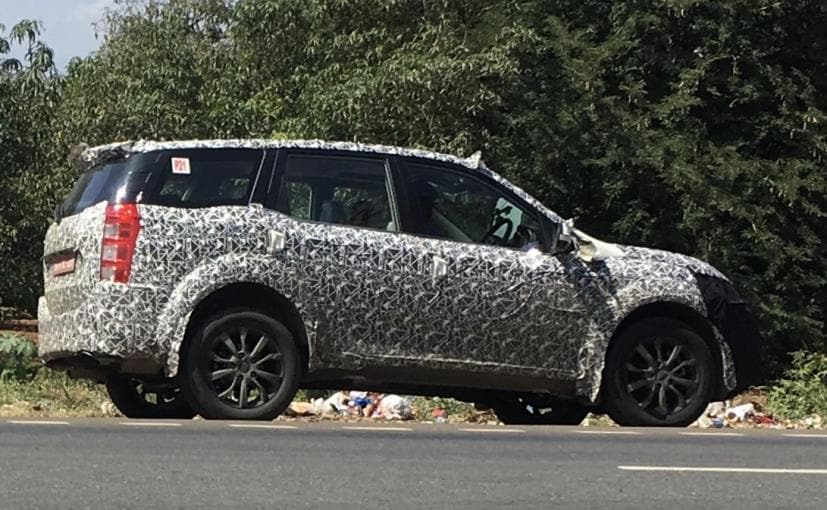 The cabin will also see a bunch of changes mainly in terms of styling and there will be a host of new features as well. We expect to see more premium quality materials, a revised dashboard, improved seat upholstery and more. A major update could be the inclusion of Apple CarPlay, in addition to Android Auto for the touchscreen infotainment system. More importantly, the 2017 Mahindra XUV500 could see a more powerful engine under the hood. Reports suggest that the 2.2-litre mHawk four-cylinder diesel engine is likely to have power bumped up to a healthy 170 bhp. Torque is expected to be in excess of 350 Nm. That's a major increment over the current 140 bhp and 330 Nm of torque. 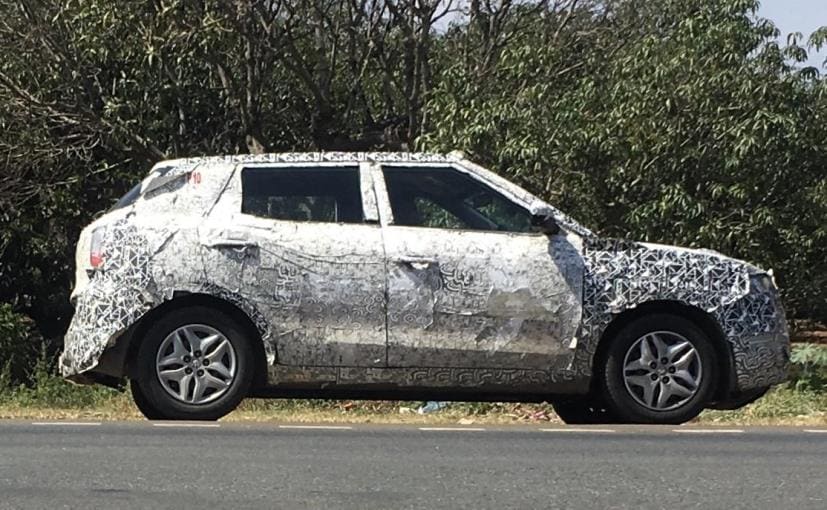 The Mahindra S201 is a Tivoli-based compact SUV

As for the Tivoli-based compact SUV, codenamed as the S201, this is not that first time that the SUV has been caught on the camera. We first saw it early this year, and since then there hardly appears to be a major change in design. Of course, we cannot be entirely sure about the styling, courtesy of the heavy camouflage, but as you can see, the test mule sports a new set of star-shaped dual-five spoke alloy wheels, a different set of taillamps and possibly different ORVMs. Now, we had also told you that the new Mahindra S201 will not be a sub-4 metre model and is likely to come with the new 1.6-litre diesel engine that the company is working on along with the new 1.5-litre petrol mill that is also under development. Transmission option will include a 5-speed manual and possibly an AMT unit as well. The Mahindra TUV300 Plus at the same time is an extended, 7-seater version of the sub-4 metre TUV300. While the test mule seen here is heavily camouflaged, we shared the imaged of an undisguised TUV300 Plus early this month. The rear end has been extended the accommodate larger jump seats making it a 9-seater, which makes us wonder whether the bigger TUV300 Plus is focused towards the fleet segment. The new Mahindra TUV300 Plus gets 'D120' badging at the sides. It is likely that the automaker will continue to use the 1.5-litre four-cylinder diesel engine from the TUV on the Plus version. Rumours also suggest the 2.2-litre diesel from the Scorpio and XUV500 could also make it to the TUV300 Plus.