The recently spotted Nissan Leaf is the second generation models of the electric hatchback. Nissan is currently considering the car for the Indian market. 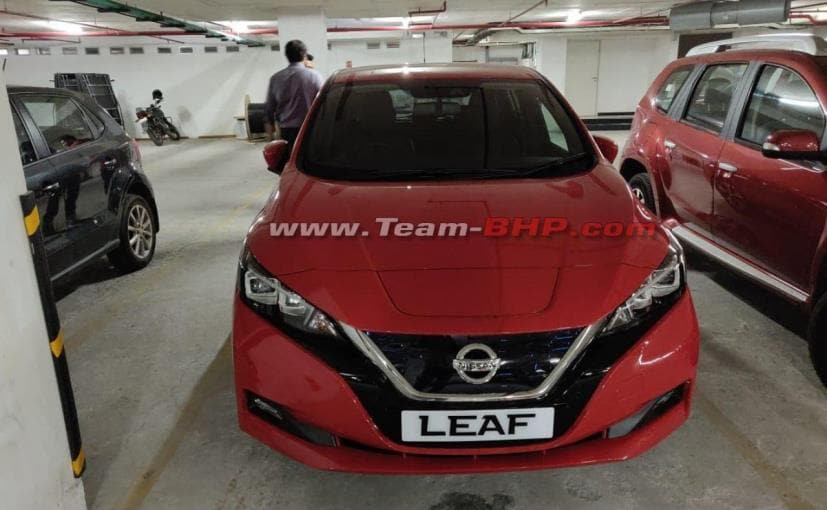 The second-generation Nissan Leaf electric car has been recently spotted in India. The car seems to have been clicked on the camera by an enthusiast in Kerala and it appears to be a show car or maybe it's here for R&D purpose.The new Nissan Leaf is currently being considered for the Indian market, especially seeing the growing interest in electric mobility. In fact, last year the Japanese automaker had also announced that it's planning to commence pilot runs for the car in the country.

Visually, we have to say, the second generation Nissan Leaf looks quite stunning, especially in this bright red shade with subtle black treatment up front and the blue accents on the grille. The five-door electric hatchback comes with the company signature V-shaped grille with chrome underline, flanked by sharp-looking twin-pod headlamps and wide central airdam with horizontal foglamps on either end. 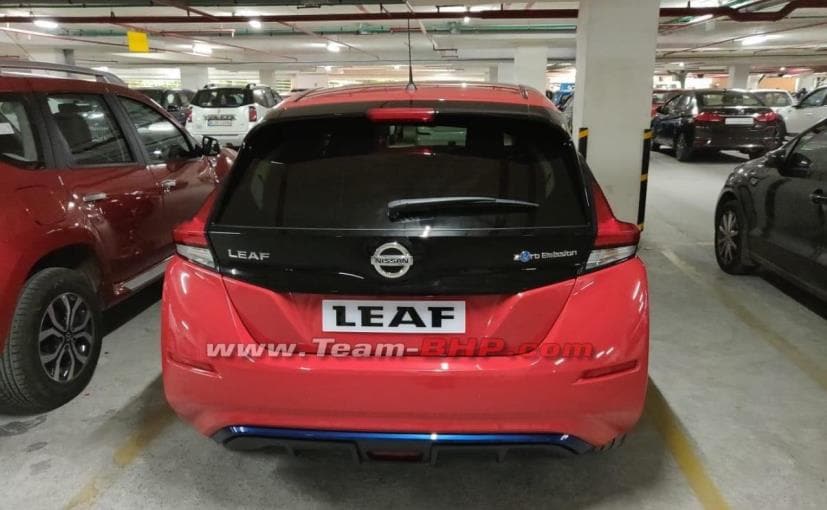 Nissan Leaf comes with the 'Zero Emission' badging at the back

The rear section comes with similar black treatment, specifically for the roof-mounted spoiler and the tailgate, which also features all the badging - Nissan logo at the centre, the Leaf badge on the left and the 'Zero Emission' badging on the right corner. We also see a set of vertically positioned LED taillamps, a high mounted brake light, and rear diffuser with blue accent.

The Nissan Leaf comes with a 40 kWh battery which can offer a range of up to 400 km on a single charge, offering a power output of 148 bhp and a torque of 320 Nm. Charging time is from 8 hours to 16 hours depending on the power capacity and the Leaf also get quick charging feature which can give 80 per cent battery time in 40 minutes.