Nissan has taken the wraps of yet another Leaf concept- the Nissan Leaf Grand Touring Concept, which will be showcased at the upcoming 2018 Tokyo Auto Salon. 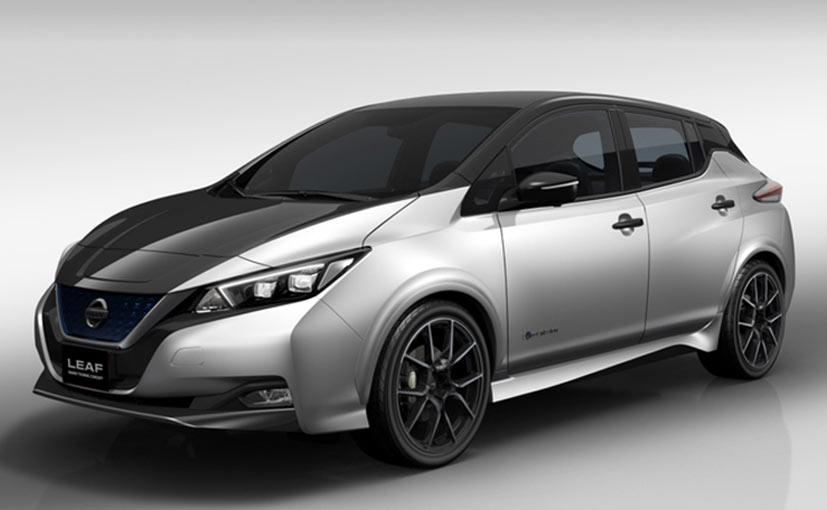 During the global unveil of the second generation Leaf; Nissan announced its plan to reveal various iterations of the Leaf electric car in the coming months. Following up on this, Nissan has taken the wraps of yet another Leaf concept- the Nissan Leaf Grand Touring Concept, which will be showcased at the upcoming 2018 Tokyo Auto Salon. Moreover, Nissan will also display 15 exciting models equipped with the latest custom and after-market parts. These include Nissan GT-R NISMO, Nissan Note e-Power C-Gear and Nissan X-Trail Grand Touring Concept among others.

The Nissan Leaf Grand Touring Concept features a dual-tone back and silver finish on the exterior along with signature V-motion grille. Moreover, the Leaf GT Concept also gets black alloy wheels. More details about the Leaf GT Concept will be announced next month.

On the mechanical aspect, Nissan hasn't revealed any details. However, the current generation Nissan Leaf comes with 40kWh lithium-ion battery pack, which has the ability to produce 143BHP of max power and 320NM of peak torque. Moreover, it has a claimed range of 400km on a single charge.