Nissan unveiled the new Leaf electric car last week and a couple of things has left an impression on us. Here are the four features that has improved the new gen Leaf for the better. 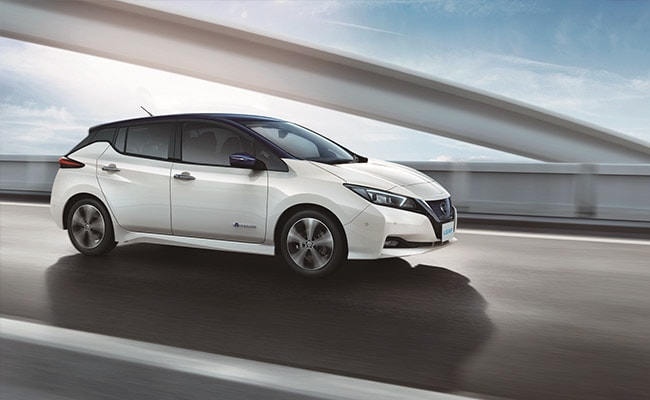 Nissan unveiled the second generation Leaf electric vehicle in Japan last week. While the 2018 Nissan Leaf is based on a completely new design language, it also comes with numerous autonomous features, which are a first for the company to introduce in their Leaf electric car. Now, we have already told you everything there is to know about the new Leaf and that it will also come to India by next year. Today we talk about the four unique features that we like in the new generation Leaf.

When Nissan launched the first generation Leaf, it had no point of reference for the designing an electric cars. In terms of looks, the 2010 Nissan Leaf was an average looking electric car without any major styling details. It was boring and did not excite much for the younger audience. However, the company did manage to sell over 3 lakh units of the 2010 Nissan Leaf before giving it a major upgrade. The 2018 Nissan Leaf takes the design of an electric car to the next level as the engineers and the design team have given extra attention to the way the car looks now. The 2018 Nissan Leaf's sporty look is inspired from the Nissan IDS Concept car, first shown at the 2015 Tokyo Motor Show. 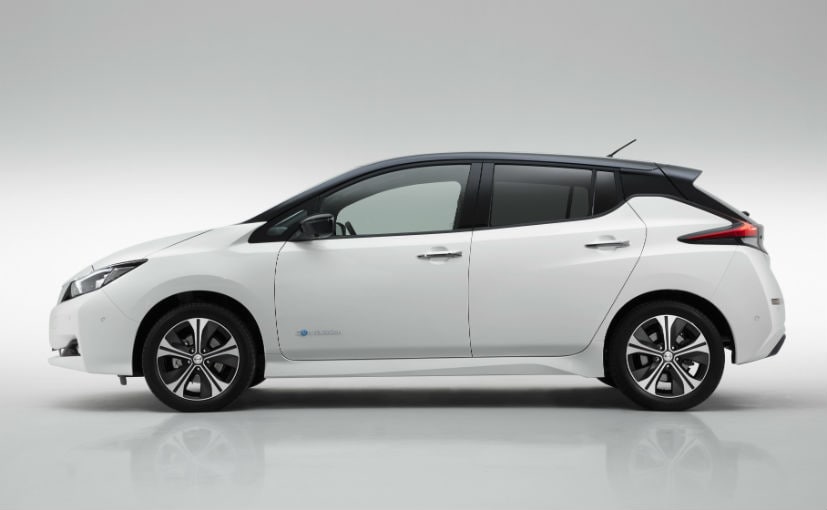 The philosophy behind the exterior design was to express clean and simple lines and a robust and sleek silhouette. The horizontal character line, the bumper and the striking highlights in the lower part of the body emphasize lower center of gravity, giving the driver an instinctive feeling that it's agile and fun to drive. The signature V-Motion grille, the 'boomerang' light signature and the floating roof is similar to other Nissan models such as the popular X-Trail and the new gen Micra. 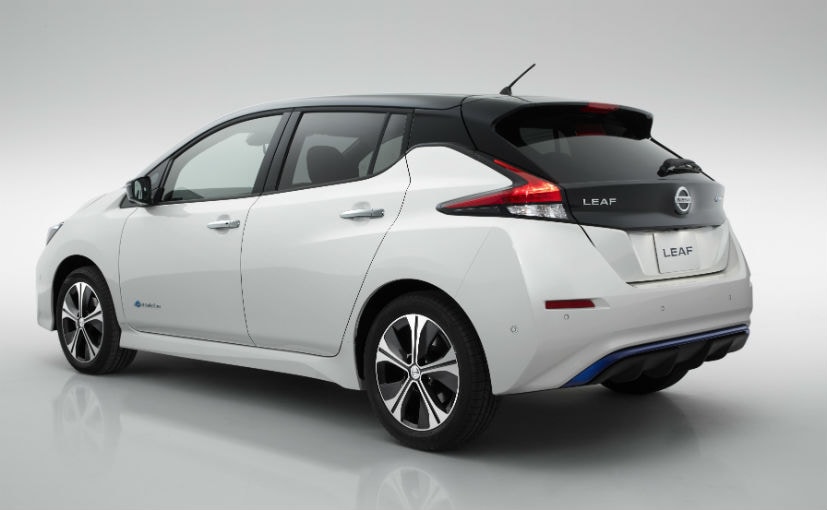 The rear combination lamps feature a unique signature that's easily recognizable from a distance. A spoiler integrated in the window graphics gives the new Nissan LEAF an impressive, sporty look. The low hood blends flawlessly into the windshield and floating roof, creating a sleek silhouette that makes air flow.

On the inside, the new Nissan Leaf's cabin features roominess with the Gliding Wing design language used as framework. The redesigned driver information display has a simple, light configuration without excessive decoration and focuses more on visibility. The cabin features a vibrant blue stitching, in the seats, door trim, armrest and steering wheel. The blue, illuminated power switch and shift knob finisher create a high-tech feeling. The 2018 Nissan LEAF also allows the drivers to access the information they need where they need it for a pleasant drive. 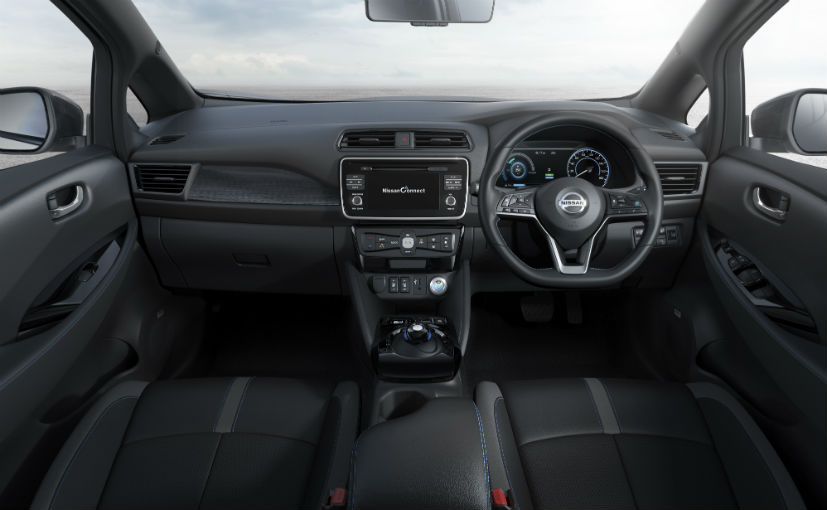 Most notable feature in the new Nissan Leaf is the combination of an analog speedometer and a multi-information display. On the left side, a 7-inch, full-color, TFT display shows a power gauge meter as the standard setting. The driver can easily change the information that's displayed. The center display has a screen with a flush-surface design allowing the driver to easily operate audio and navigation systems and connects to smartphones with just a fingertip. The display shows the Safety Shield technology, the vehicle's state-of-charge and a power gauge, as well as audio and navigation system information. Using Nissan Connect App, the driver can search for updated information such as location and operating hours of free charging stations and charging station availability. Owners can also access their smartphone to check the car's battery status. On the features front, the new Leaf gets Apple CarPlay and is equipped with the navigation system. The audio functions can be modified with a steering switch, without the driver taking their hands off the steering wheel. 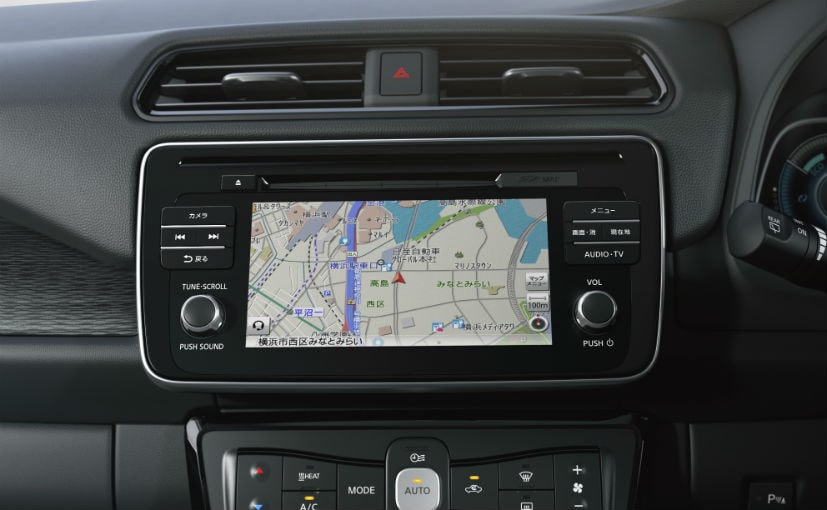 The front console has been completely redesigned. Dual cup holders are now between the driver's seat and front passenger seat. This allows for a new stowage area at the base of the center console - ideal for a smartphone or wallet - as well as an easily accessible power switch, a 12-volt power outlet and a USB port. This new center console design gives easier access to the controls and switchgear in the lower portion. Energy-efficient air-conditioning and heating systems provide elevated comfort inside the cabin. This too, can be controlled using the Nissan Connect App. 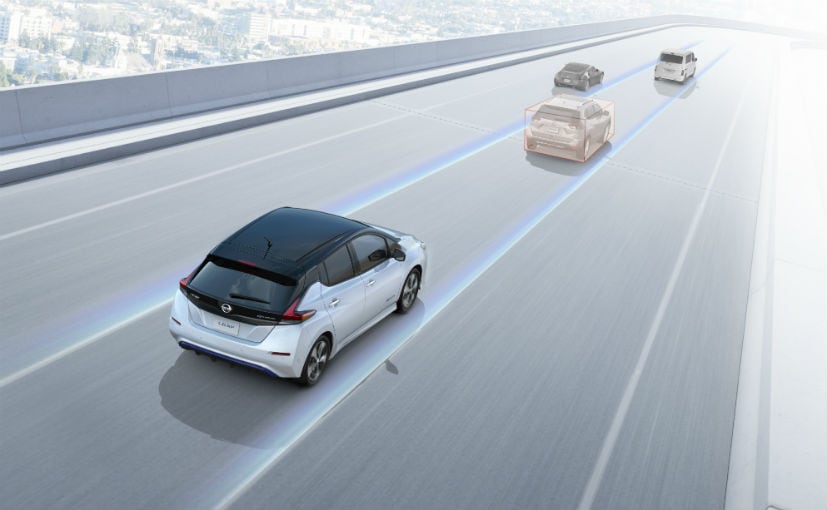 First up, the ProPilot feature, that is a single-lane autonomous driving technology. Once activated, it can automatically control the distance to the vehicle in front, using a speed preset by the driver. It can help the driver steer and keep the vehicle centered in its lane. If the car in front stops, the ProPilot system will automatically apply the brakes to bring the vehicle to a full stop if necessary. After coming to a full stop, the vehicle can remain in place even if the driver's foot is off the brake. If traffic restarts, the car will resume driving when the driver touches the switch again. Nissan guarantees that all these functions can significantly reduce stress when driving on the highway in both heavy and flowing traffic. 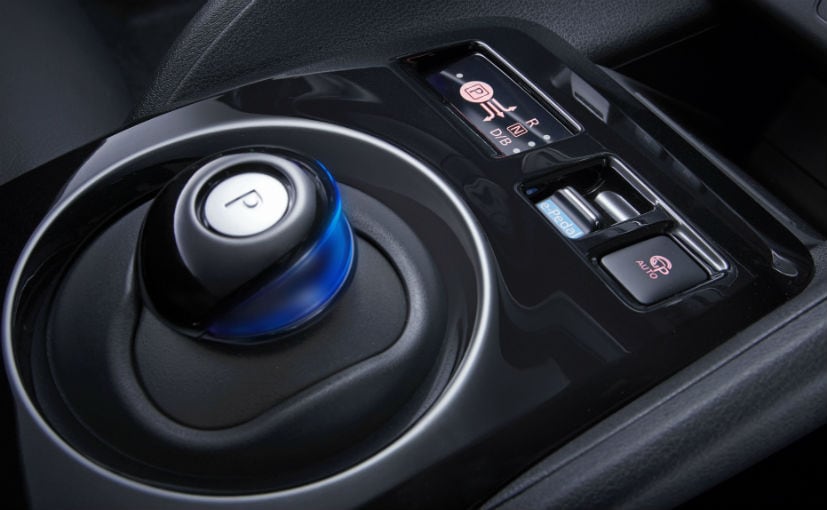 Second on the list is the ProPilot Park. This is a fully fledged system that helps drivers park by automatically controlling acceleration, brakes, handling, shift changing and parking brakes to guide the car into a parking spot. By combining four high-resolution cameras and information from 12 ultrasonic sensors around the car, the ProPilot Park guides the car into a space safely and accurately. All steering, braking and throttle inputs for various parking maneuvers are automated. The system can automatically identify a parking space around the car so that the driver doesn't need to set a target parking position. Requiring only three easy steps for activation, this technology liberates drivers from one of the most tedious. 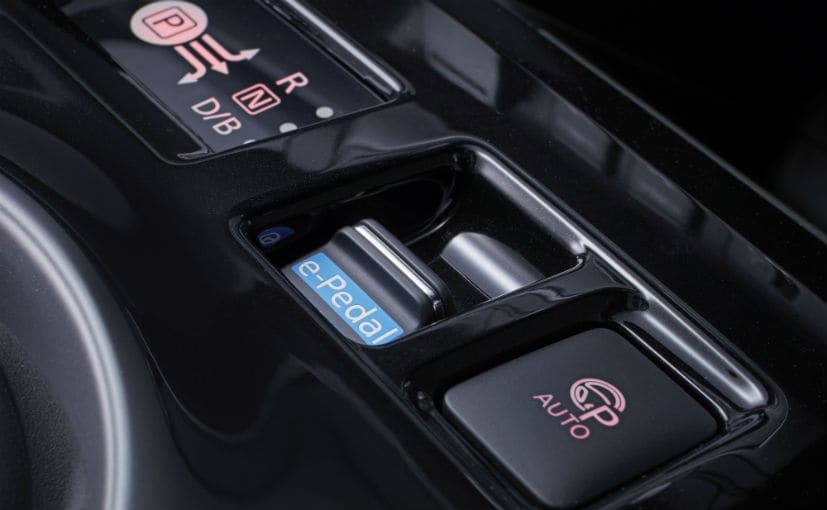 The focal point of Nissan Intelligent Power in the new Leaf is the e-powertrain, which offers improved energy efficiency and increased torque and power output. The new e-powertrain delivers a power output of 110 kW, almost 40 per cent more than the previous-generation Nissan Leaf. Torque has been increased 26 per cent to 320 Nm, resulting in improved acceleration, while the car's new lithium-ion battery pack delivers an estimated range of 400 km by Japan standards. 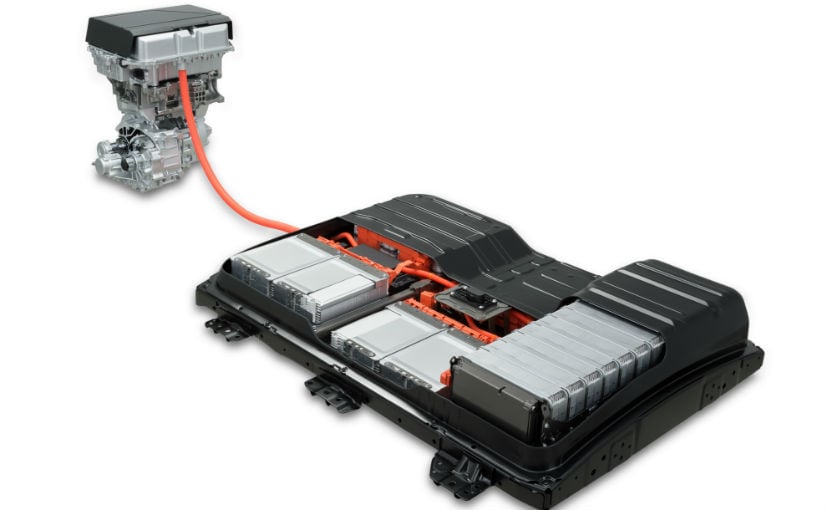 The individual cell structure of the laminated lithium-ion battery cells has been improved, representing a notable 67 per cent increase in energy density versus the 2010 model. Another key engineering improvement for the lithium-ion battery pack is enhanced electrode materials with revised chemistry, resulting in higher power density while contributing to greater battery durability upon charge and discharge.