While the deliveries for the new generation Leaf has already started in Japan, the company has not made any such announcements for the Leaf Nismo Concept. 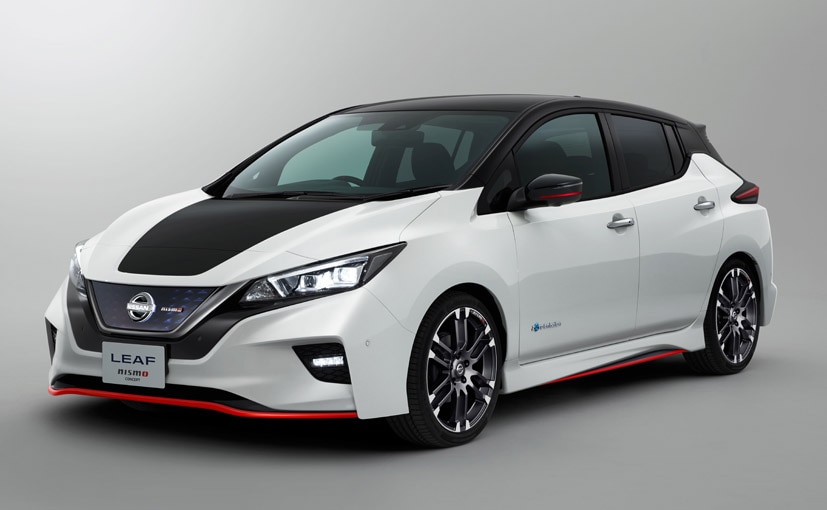 The Tokyo Motor Show has always been a special event for Nissan for showcasing some of its concept cars. At the 45th Tokyo Motor Show as well, Nissan has displayed two concept vehicles- IMx zero-emission crossover concept and the Leaf Nismo Concept. You can read everything about the Nissan IMx zero-emission crossover concept here. While Nissan had unveiled the new generation Leaf electric vehicle in September, the Japanese car-makers have now given the Leaf a sporty version. Say hello to the Leaf Nismo concept.

As mentioned earlier, the Leaf Nismo concept is the sporty version of the Leaf electric car from Nissan. The Leaf Concept has a sporty new exterior designed by Nismo, which is the tuning division for Nissan. The black interior features Nismo's signature red accents, creating a high-performance feel. The new Nissan Leaf Nismo Concept offers a sport-tuned suspension and high-performance tires, not to mention a custom-tuned computer that delivers instant acceleration at all speeds. The Leaf Nismo Concept combines the characteristics of an electric car with the driving experience.

Nissan has, however, not revealed the specs of the Leaf Nismo as of now, but according to the company, it will come fitted with a "custom-tuned computer that delivers instant acceleration at all speeds." While the deliveries for the new generation Leaf has already started in Japan, the company has not made any such announcements for the Leaf Nismo Concept.

Mahindra Trademarks 'The Scorpio Sting' Name; Could It Be The Next-Generation Scorpio Moniker?
3 hours ago

Harley-Davidson LiveWire Recalled In The US
5 hours ago