Norton Motorcycles has revealed a new limited edition Dominator Street. Only 50 motorcycles will be offered on sale. 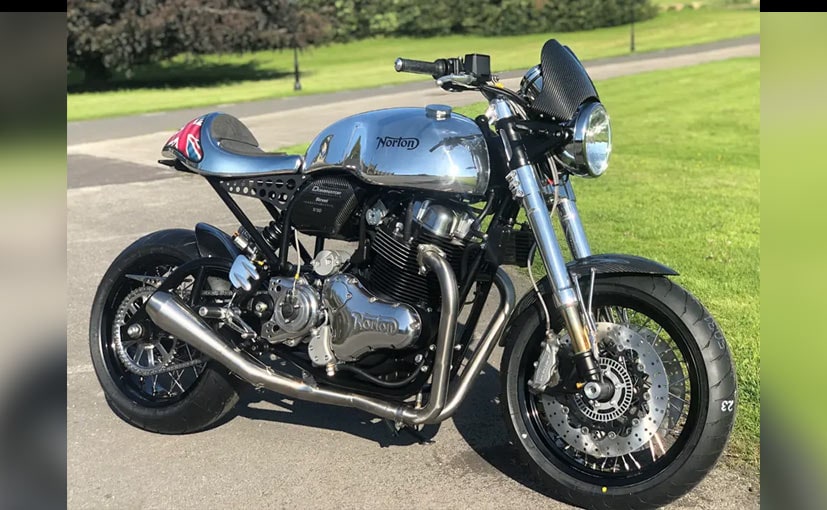 Also Read: All You Need To Know About The Norton Dominator

The Norton Dominator Street features a hand-made fuel tank and upright handlebars, rather than the standard Norton Dominator's clip-ons. The engine is shared with the Norton Dominator, which is a 961 cc, air-cooled, parallel-twin motor with dry sump lubrication. The 270-degree firing order parallel-twin puts out 79 bhp of power at 6,500 rpm and 90 Nm of peak torque at 5,200 rpm, and the gearbox is the same five-speed unit.

The Norton Dominator Street uses the standard Dominator chassis alongwith an Ohlins rear shock, with the option of either adjustable USD or conventional Ohlins forks. Along with a hand-made, two-into-one exhaust, the new Dominator Street features a carbon hugger, air box, front mudguard, fly screen, with polished yokes. The 961 cc, parallel-twin will provide an amplified soundtrack from the hand-made exhaust, which will not need to meet Euro emissions regulations, because it is being sold using Single Vehicle Approval homologation, available in the UK market only. The Norton Dominator Street looks old-school cool, and the 50 units on offer are likely to be lapped up by discerning buyers.