Tata Motors has handed over the Nexon EVs to the state as a part of its tender with EESL. 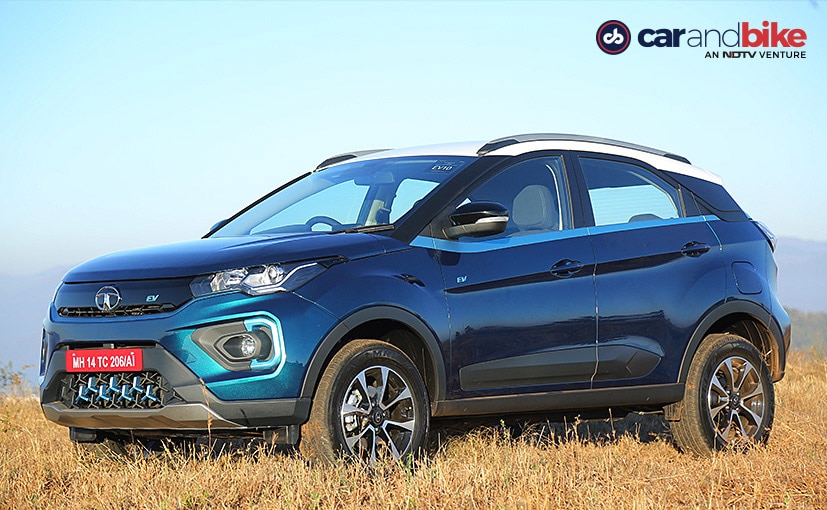 View Photos
Tata Motors has sold around 2000 units of the Nexon EV.

Tata Motors has joined hands with the Haryana Renewable Agency (HAREDA) to deploy Nexon EVs in the state, as a part of its tender with EESL. The company has handed over the EVs to the state today in the presence Tarun Kapoor, Secretary- Ministry of Petroleum and Natural Gas. In turn, EESL also signed a Memorandum of Understanding (MoU) with the Government of Haryana to accelerate the adoption of electric vehicles and also to strengthen the charging infrastructure in Haryana. 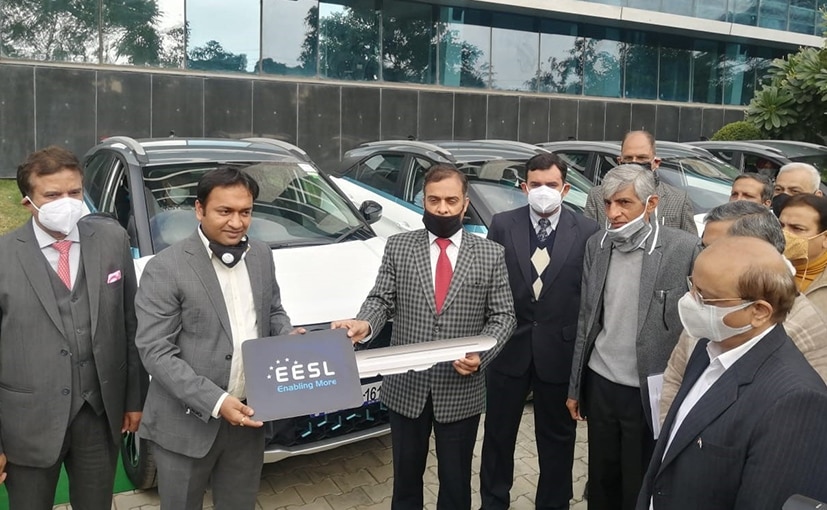 Tata Motors handed over the Nexon EVs to the state today in presence of the Secretary in the Ministry of Petroleum and Natural Gas - Tarun Kapoor.

Tata Motors is one of the major carmakers in India playing leading role in driving the adoption of electric mobility in the country. The company is closely working with other Tata Group companies including Tata Power, Tata Chemicals, Tata Auto Components, Tata Motors Finance and Croma, to contribute to the faster adoption of EVs in India through its EV ecosystem called the "Tata uniEVerse". With more than 2000 Nexon EVs already on Indian roads currently, Tata Motors accounted for about 67 per cent EV market share in India in H1 FY2021. 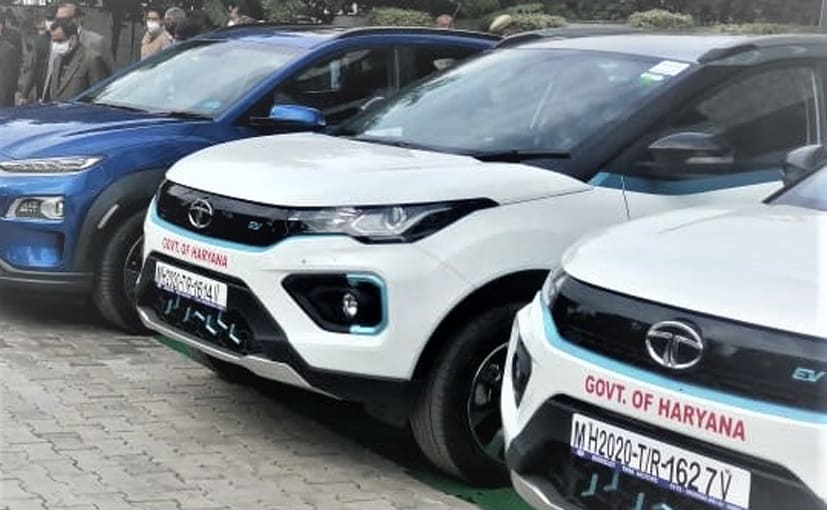 The Nexon EVs have been supplied as part of an EESL tender.

The Tata Nexon EV comes equipped with a permanent magnet AC motor, which is powered by a Lithium-Ion battery. Powering the motor is a 30.2 kWh battery pack offering a maximum range of over 312 km on a single charge, and the new electric powertrain offers an output of 245 Nm of peak torque. The carmaker claims that the EV can clock triple-digit speeds in 9.9 seconds while the battery can be charged up to 80 per cent in just 60 minutes using a fast charger. However, the regular charger will take up to 8 hours to do the same.