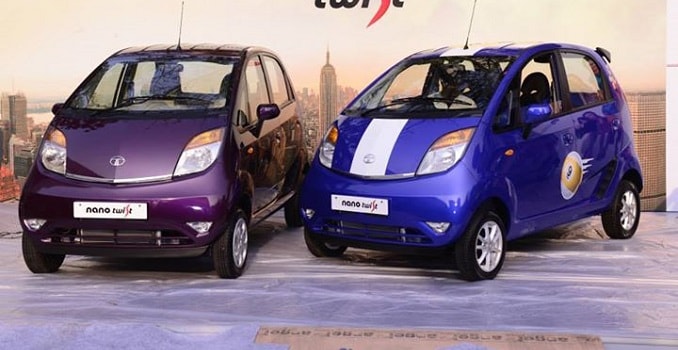 In a bid to increase its market share in the Indian market, Tata Motors is planning to revive its entire model range. The company has already launched two all new products - Zest and Bolt - in India, and is now working on different derivatives of its existing products. Of all the products that the company will launch this year, the Tata Nano AMT could be among the first few ones. The vehicle was earlier showcased at the 2014 Delhi Auto Expo.

The company has already begun testing the AMT-equipped Nano in India, as the vehicle has been spied several times. The vehicle will be developed at the Sanand plant, where the Nano is being developed. Powering the Nano Twist AMT will be the same 624cc MPFI naturally-aspirated twin-cylinder engine that powers the regular Nano. This engine is good for 37bhp and 51Nm. The automated manual transmission will be the same 5-speed unit that powers the Zest.

Along with AMT, this model will also get new front and rear bumpers, fog lamps and different headlamps. The interiors, however, are likely to remain unchanged. The company will also offer the Nano AMT in new shades.

Since, the vehicle will have a new transmission and slightly modified exteriors, expect it to be pricier by ₹ 40,000 than the regular Nano Twist model. And at that price, it will become the country's most affordable automatic car.