Team Toro Rosso Reveals Its F1 Car For The 2018 Season

The Toro Rosso team took to twitter to reveal the first image of the car and the single-seater looks exceptional in the blue and red livery. The STR13, as it is called, will be powered by the Honda engine this season. 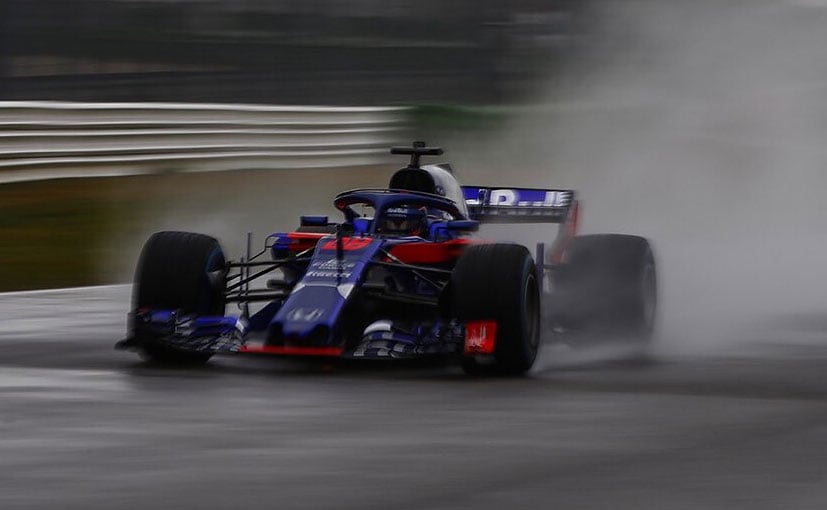 We're just about a month away from the first race of the Formula One season and the teams have already started showcasing their cars to the world. Mercedes, Renault, Ferrari, Red Bull Racing and others have already shared pictures and revealed their respective competitors which will be taking to the track this year and now, Torro Rosso has revealed its car. The official reveal is a few days away, but the Formula One team has teased a picture of the car testing at a Misano circuit in the hands of driver Brendon Hartley.

The Toro Rosso team took to twitter to reveal the first image of the car and the single-seater looks exceptional in the blue and red livery. The STR13, as it is called, will be powered by the Honda engine this season. The team switched over to the Japanese manufacturer from Renault, and it'll be interesting to see if Honda has been able to make any breakthrough in the engine department. Honda has been struggling for the past couple to seasons to gets the engine settings right but now running the RA618H engine in the Toro Rossos, it looks like things are looking up.

Why settle for a leaked photo, when you can have an original 🤔 #STR13 pic.twitter.com/yrD8L1REP9

A company spokesperson said that it was the 'perfect shakedown' and the progress was a smooth one. This, of course, is the testing stage and we wait to see what the car offers on the track. The STR13 pictured here also shows the halo device being fitted to the single seater. We can't wait for race season to kick start in Melbourne and we're sure Toro Rosso drivers Brendon Hartley and Pierre Gasly are equally eager to get into the driver's seat and get some points on the board