The Ultraviolette F77 is India's first performance-oriented electric motorcycle, with a claimed top speed of over 140 kmph. 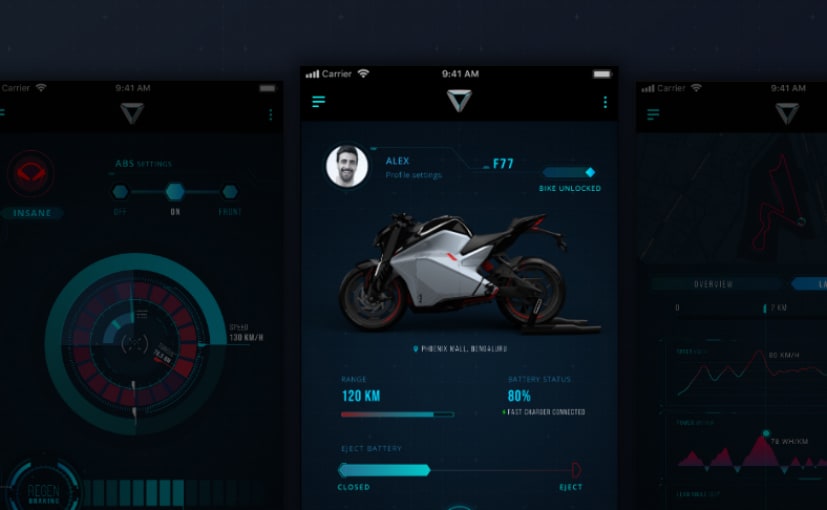 A TFT screen on the Ultraviolette F77 offers smartphone connectivity, and a dedicated app offers remote diagnostics and a long list of features

The F77 has three slim and modular lithium-ion battery packs which offer a claimed range of 130-140 km on a full charge. The battery packs can be charged fully in 5 hours from a standard charger, and a portable fast charger allows the rider to charge from 0-80 per cent in just 50 minutes, with full charge in 90 minutes. The standard charger works with a regular 5-ampere socket, while the fast charger requires a 15-ampere power socket. Additional options also include charging pods which can be installed at home to charge the batteries overnight. The battery system alone has 7 international patents, and the company claims the packs are built with rugged shock proof covering and IP67-rated connectors which were built from the ground up, in-house. Each battery pack weighs 8.5 kg. 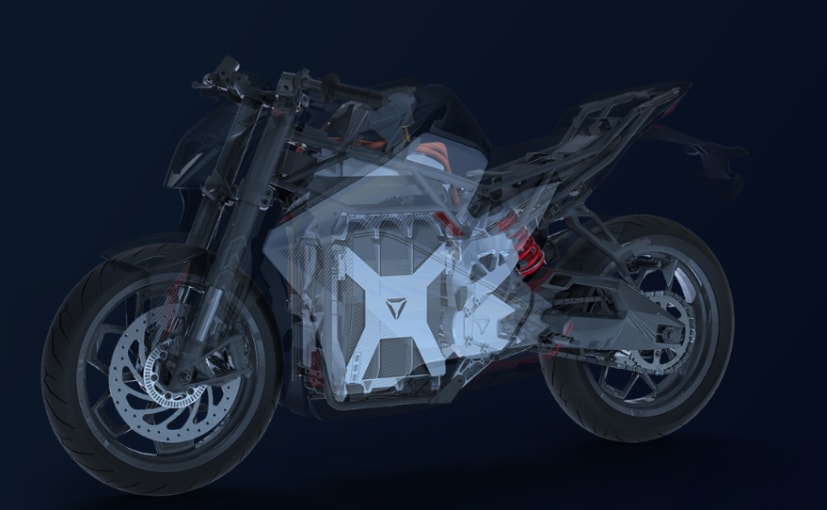 The F77 electric motorcycle features a streel trellis frame with aluminium bulk head, and suspension is handled by an inverted cartridge type front fork, with a gas-charged preload adjustable rear shock. Braking is handled by a 320 mm front disc, gripped by a four-piston caliper, and a 230 mm rear disc gripped by a single-piston caliper. Dual-channel ABS is standard, and the F77 runs on 17-inch wheels.

The Ultraviolette F77 gets a long list of advanced features, including a full-colour TFT screen with Bluetooth connectivity, and a dedicated app with over-the-air updates, remote diagnostics, bike locator and ride analysis features. The regenerative braking can also be controlled, and there is also a maximum speed limiter, as well as torque delivery controller which can all be manged through the dedicated app. Preventive maintenance and diagnostics can pre-empt any potential service issues with a system check and scan diagnostics. Ultraviolette will offer a dedicated charging network, to begin with Bengaluru and to be followed by pan-India charging network.

The Ultraviolette F77 will have a dedicated charging network, starting with Bengaluru, followed by other cities

Ultraviolette Automotive received funding from India's leading two-wheeler manufacturer TVS Motor Company around a year ago. TVS has invested ₹ 11 crore over two rounds with a 25.76 per cent stake in Ultraviolette. Ultraviolette was founded in 2015 by Niraj Rajmohan and Narayan Subramaniam, both alumni of the BMS College of Engineering, Bengaluru.