July is expected to be a busy month with several new launches coming our way. So, here's a list of new cars that will be launched In India next month. 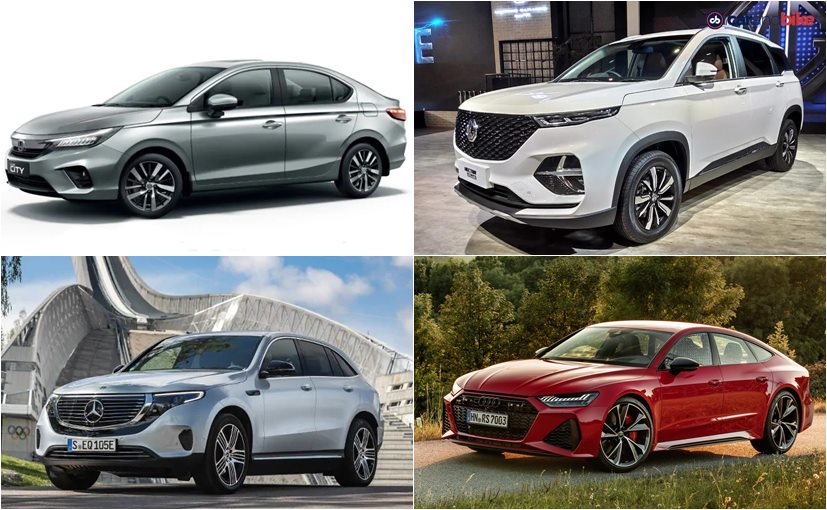 View Photos
July will see a host of new launches, and here's a list of cars that are confirmed to arrive next month

The coronavirus pandemic and the lockdown was the reason for several carmakers to postpone their new car launches in the country. However, now, with lesser restrictions in place, almost all carmakers have resumed production and retail operations. In fact, given the situation, a lot of carmakers are opting for digital launches, and we have already seen a bunch of them in June. Having said that, there is still a lot to come, and July is expected to be a very busy month. So, here's the list of new cars that will be launched in India in July 2020.

The new-gen Honda City was supposed to be launched in April 2020, however, the coronavirus pandemic and the resultant lockdown forced the company to suspend operations and postpone the launch. Now, Honda has begun its production and has also started accepting pre-bookings for the car. While we are still awaiting a launch date, the company has confirmed that the new City will go on sale in India in July 2020. 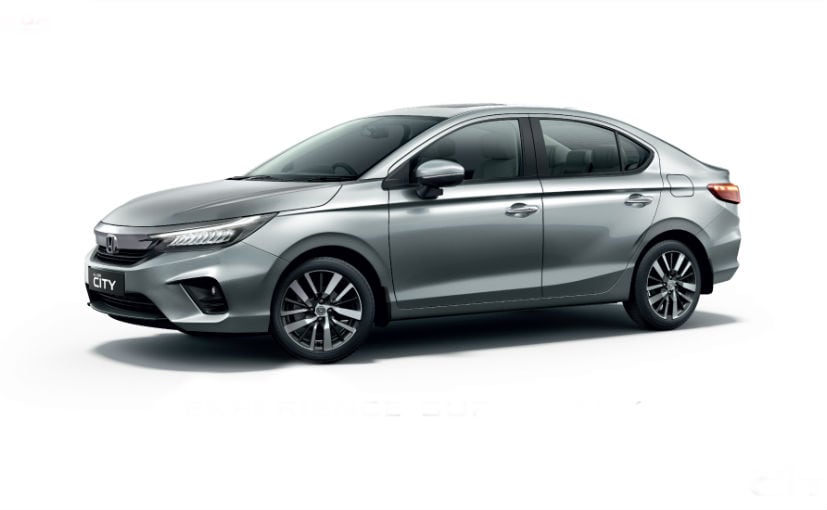 The new Honda City will come with full-LED headlamps, Z- Shaped wrap-around LED tail lamp and sporty dual-tone alloy wheels. Other features include an 8-inch touchscreen infotainment system with Apple CarPlay and Android Auto compatibility and it's India's first connected car with Alexa remote capability and is equipped with next-gen Honda Connect with Telematics Control Unit. Furthermore, the new City will come in both petrol and diesel engine options. The former comes with a 1.5-litre i-VTEC DOHC engine tuned to make 119 bhp and 145 Nm, while the oil burner, a 1.5-litre i-DTEC unit, offers 99 bhp and 200 Nm of peak torque. Both comply with the new BS6 emission norms.

First unveiled at the 2020 Auto Expo, the new MG Hector Plus was also supposed to be on sale in India by now, but the pandemic forced Morris Garages India to postpone the launch to July 2020. A direct rival to the upcoming Tata Gravitas and the Mahindra XUV500, the MG Hector Plus will be the first three-row SUV from the company in India and it will be offered in both 6- and 7-seater option. The SUV will also come with updated interior with new tan faux leather upholstery and a revised dashboard with matching tan panels. 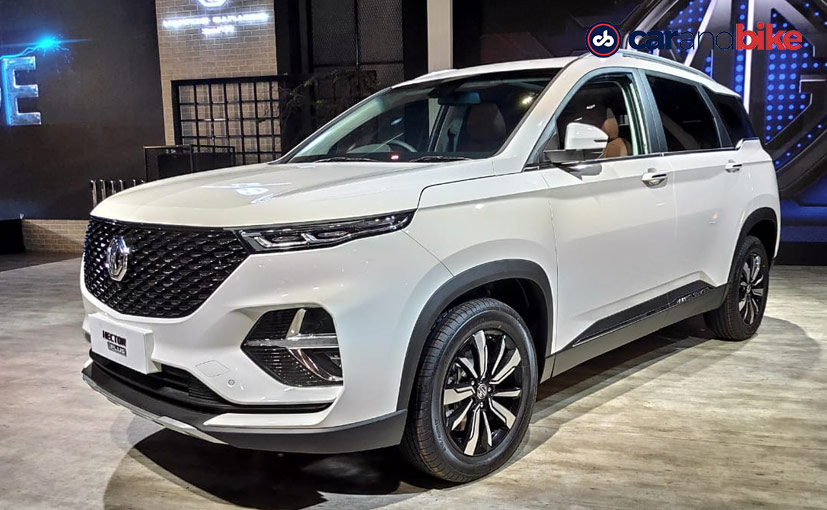 The MG Hector Plus was showcased at the Auto Expo, and it will be the first three-row SUV from the company in India

The MG Hector Plus also comes with a few cosmetic changes, especially, in the front section. The chrome border around the grille is gone and you only get a neat, glossy black grille, flanked by a set of new LED daytime running lamps. The headlamps have also been updated and the new ones look much nicer now, and the plastic cladded bumper has replaced by a new body-coloured one, which looks much nicer. Powertrain wise, the Hector Plus comes with the same Fiat-sourced 2.0-litre diesel and 1.5-litre mild-hybrid motors from the Hector mated to a six-speed manual gearbox while DCT could be given as an option on the 1.5-litre mild-hybrid engine.

Mercedes-Benz India has already had two digital launches during the lockdown, and at the launch of the new-gen GLS, earlier in June, the company announced that it will bring its first electric SUV - the EQC - in July 2020. The Mercedes-Benz EQC is a proper luxury SUV and it will be sold under the company's electric vehicle brand, EQ, which was introduced in India last year. Along with a futuristic exterior design, equipped with LED headlamps, large alloy wheels, and LED taillamps, the SUV also comes with a luxurious cabin with the signature single unit display with split screens for infotainment and instrumentation. Of course, the SUV will also get the company's MBUX system with connected car technology.

It's powered by a dual-motor setup, which includes one motor for the front axle and one for the rear. This makes the EQC an all-wheel-drive SUV or 4Matic in Mercedes' nomenclature. The EQC's motors are powered by an 80-kWh lithium-ion battery, that helps the motors produce a combined 300 kW (402 bhp) of peak power and 765 Nm of peak torque. The new EQC gets an all-electric range of around 400 km with a quick charge option on the SUV too.

Audi has not launched a new product for a while now, and since the BS6 emission norms came into effect, the company only had 3 models in its line-up, the A6, Q8 and the A8L. Now, Audi India is gearing up to add a 4th model to its line-up with the launch of the Audi RS7 Sportback. The car will officially go on sale in India on the first half of July 2020, while deliveries are expected to commence from August. Audi India has also started accepting bookings for the RS7 Sportback for a token of ₹ 10 lakh. 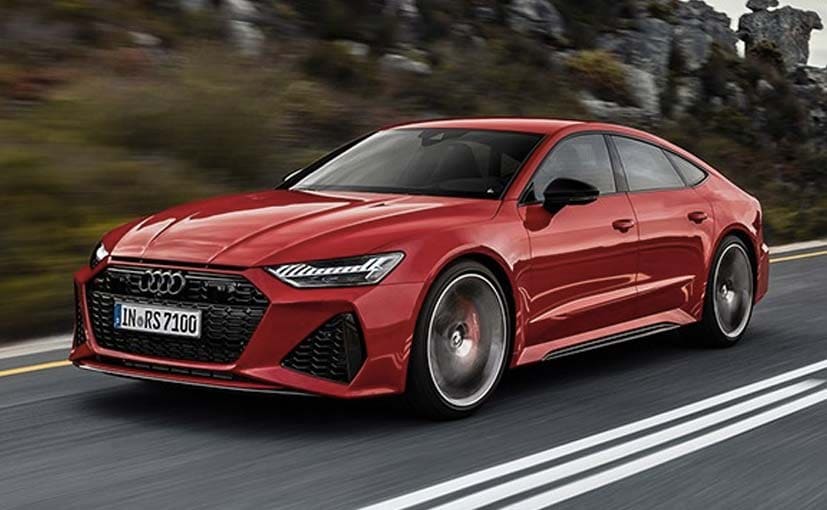 Audi India has started accepting bookings for the RS7 Sportback for a token of ₹ 10 lakh.

Also Read: Audi RS7 Teased In India Ahead Of Launch

The Audi RS7 Sportback sits low and comes with flared wheel arches that emphasise the sporty nature of the high-performance model from Audi Sport. Other visual elements include LED headlamps, the black single-frame grille, larger air intakes, and LED taillamps. Also, the profile is dominated by a set of large 21-wheels, adding to its aggressive stance. The new RS7 will be powered by a 4.0-litre twin-turbocharged V8 engine with direct fuel injection. Transmission duties handled by an 8-speed automatic gearbox, sending power to all the four wheels via the quattro AWD. The Audi RS 7 Sportback will be imported via the CBU route.