We spent some time with the Skoda Kodiaq Scout, taking on dusty trails and light off-road terrain. The Kodiaq Scout is an off-road oriented variant of the Scout and we try and find out whether it makes sense to buy one. 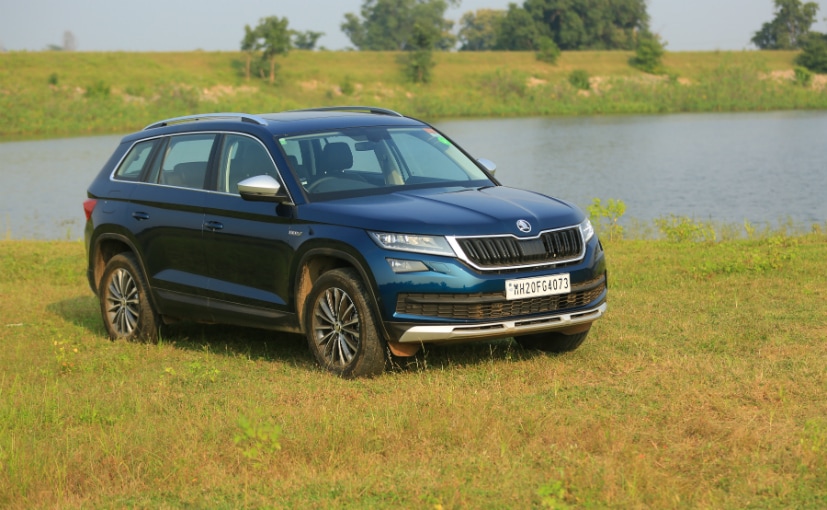 We were impressed by the Skoda Kodiaq when we first drove the car in late 2017. Then, Skoda had launched the Kodiaq in just one single trim but in the last few months, we saw Skoda launch the Laurin & Klement version and more recently, the Kodiaq Scout, which sits between the Style and the L&K variants and is priced at ₹ 33.99 lakh (ex-showroom, India). Skoda says that the Scout is a more rugged, off-road oriented version of the regular Kodiaq and to test the same, the company invited us for a drive at Pench National Park in Madhya Pradesh. Needless to say, I was quite excited. The idea is to encourage premium SUV owners to take their cars out in the rough and enjoy the elements of nature. 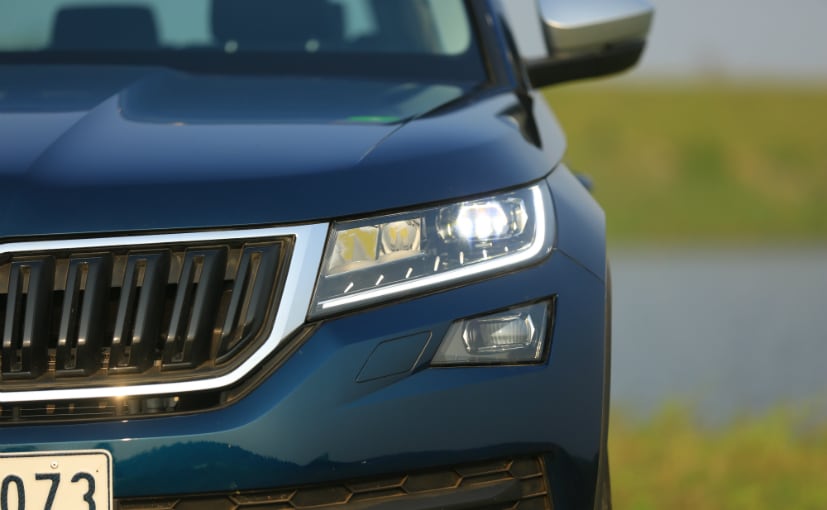 (The headlamps get those new lashes but otherwise stay the same)

Design wise, very less, indeed! The silhouette and the styling elements stay the same more or less. The Kodiaq Scout isn't very different from the Kodiaq. Up front, the headlamps get new LED lashes, there is a silver skid plate and the fenders get the Scout badge! The ORVMs, roof-rails and the grille surround are done in silver. 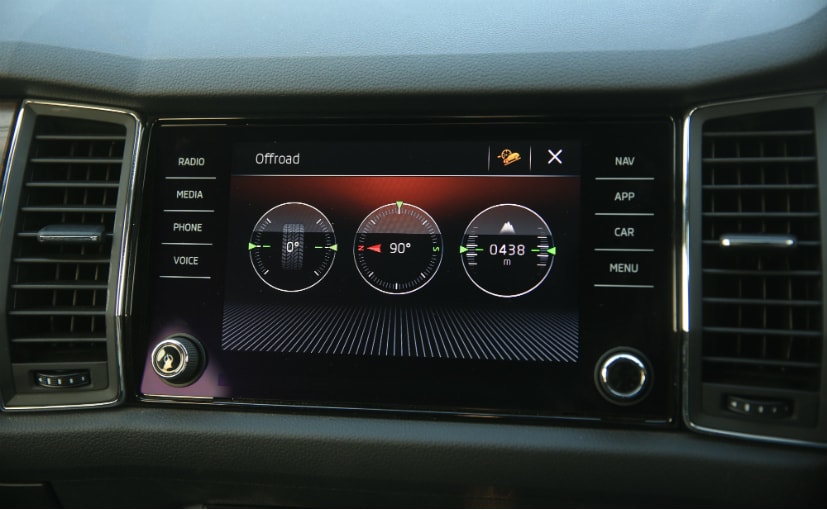 The rear too stays more or less similar except that it gets the 'Skoda' lettering instead of the badge. And there is the silver skid plate. The interior gets new all-black colour scheme with faux wood on the dashboard and the seats get the 'Scout' embossing to differentiate it from its siblings. Being positioned below the L&K variant, the Scout misses out on the 360 degree camera and the virtual cockpit. 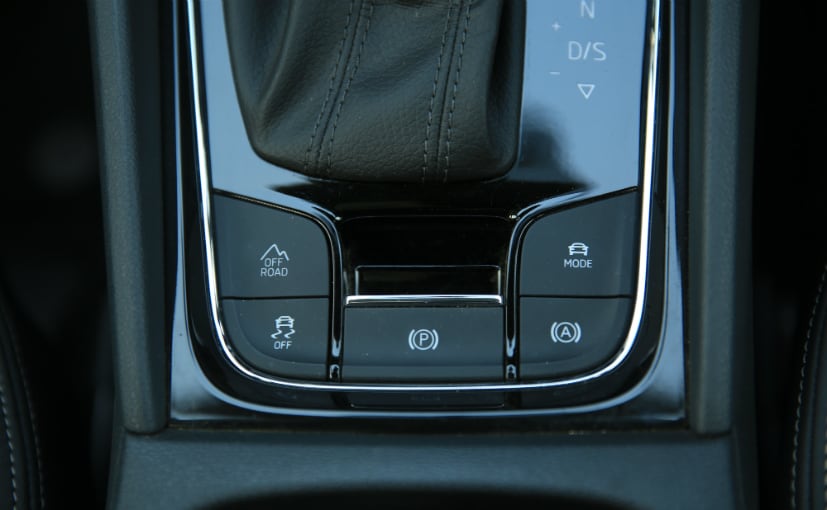 In terms of electronics, the Kodiaq Scout gets a new 'off-road' driving mode which operates at speed of up to 30 kmph. It is designed to adjust the characteristics of the engine, electronic assistants and stability control systems according to the terrain. The activated functions are shown on the infotainment display. But we would have liked if the Scout had an increased ground clearance and adaptive air suspension to truly make it a rugged, off-roader. The other feature exclusive to the Kodiaq Scout is the tyre pressure monitoring system, which the other two variants do not get. 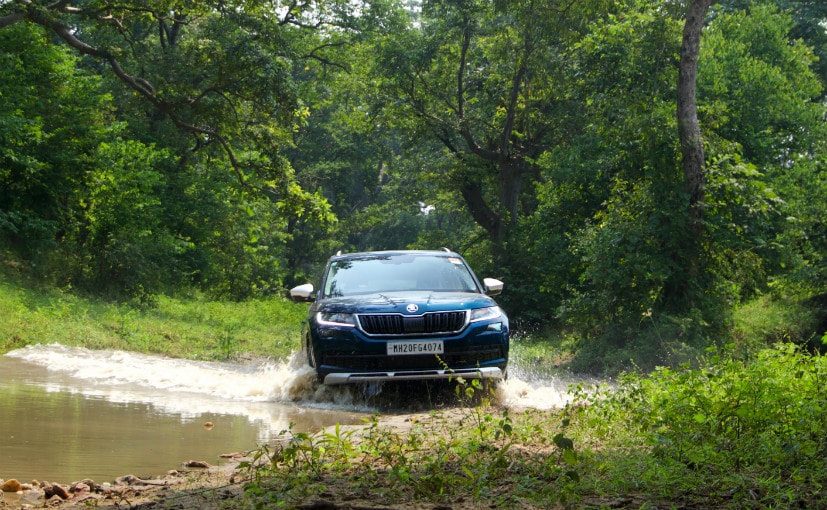 (The Skoda Kodiaq Scout is a decently capable off-road vehicle. Mud, slush and dusty trails are not a problem at all for the Kodiaq)

We drove the car in and around Pench National Park on some off-road terrain and well, the drive was similar to that of the regular Kodiaq as the 4x4 system, engine, chassis and gearbox stays the same and so does the 188 mm unladen ground clearance. We subjected the SUV to light trails and some bad roads and the Kodiaq coped very well. It was never meant to be something like the Thar or Gypsy but broken tarmac, dusty trails and inclines are something which the Kodiaq eats for breakfast. Plus, with the rough-road package, the underbody gets protection for the engine, sump and the suspension too.

And the on-road drive? 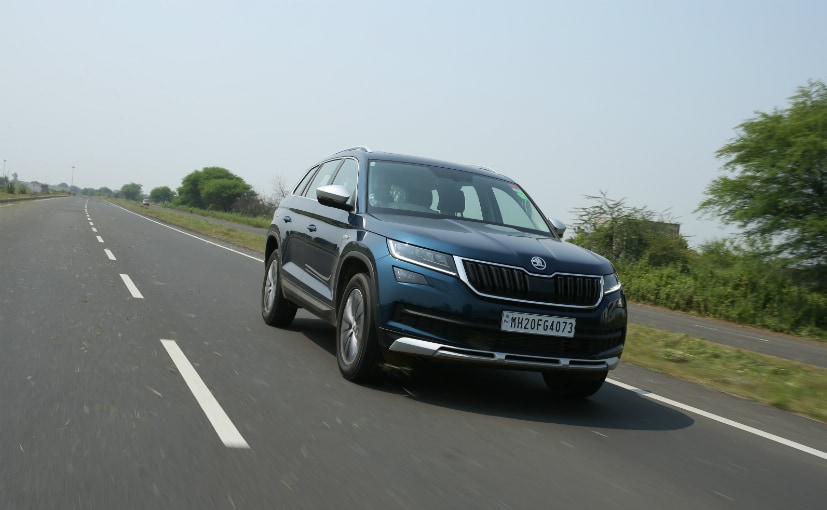 The Kodiaq always had an entertaining drive and it stays the same on the Kodiaq Scout as well. The 2-litre TDI engine and the 7-speed DSG gearbox is a match made in heaven and despite its bulk, the SUV can handle high speed direction changes. The ride quality stays supple and comfortable on tarmac as well... 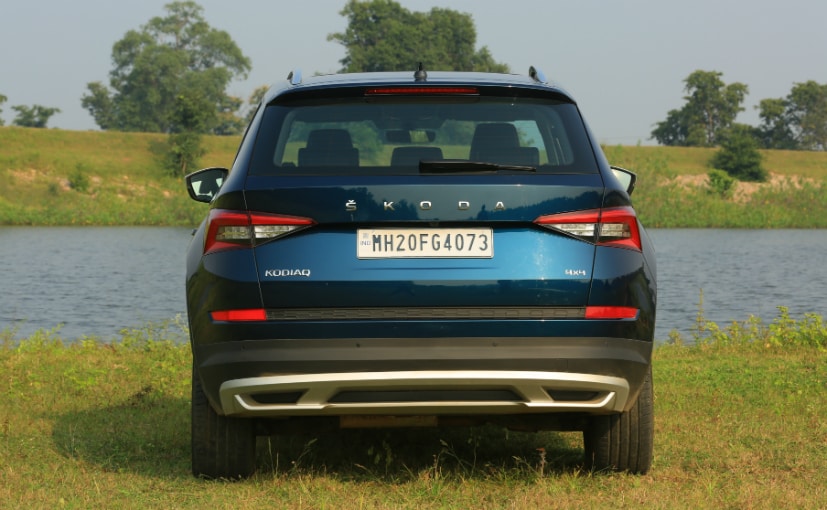 (If you will use the Scout for regular, on-road use, thn buying the Scout over the regular Style model makes little sense)

There isn't much that differentiates the Kodiaq Scout from the Kodiaq Style, with the exception of the off-road mode. And if your primary purpose is to drive on the city and highway, the Style will do just as well! In case you have an off-road bent of mind, the Scout makes sense, but barely so! At 33 lakh 99 thousand rupees, you better stick to the Style variant unless you plan to take your Kodiaq and venture into the unknown on a regular basis.