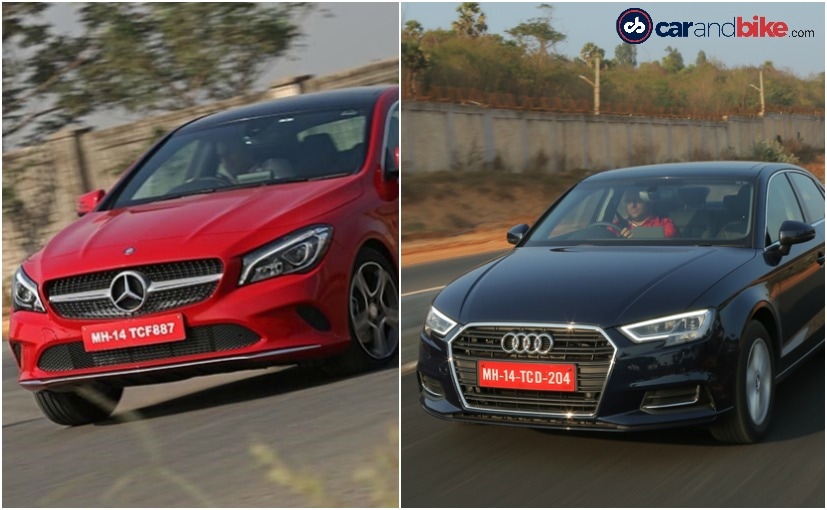 Audi India has just launched the 2017 Audi A3 facelift in the country. A much awaited update to its entry-level sedan, the A3 facelift sports revisions to the design, new features and an all-new petrol engine as part of the changes. As an independent offering, the Audi A3 emerges as an impressive model with the four-ringed luxury brand to back it up. However, the A3 has not been the aggressive volumes builder, as Audi would've hoped for largely due to its good looking competitor - Mercedes-Benz CLA.

Stuttgart's entry-level sedan was launched in 2015 and has managed to bring more new age customers to Mercedes showrooms. The CLA was also quicker off the two to receive a facelift, which arrived late last year. With a similar demographic, dimensions and German heritage, we do a quick specifications comparison of the facelifted Audi A3 and Mercedes-Benz CLA to see if the A3 has gotten any better over the Mercedes offering. 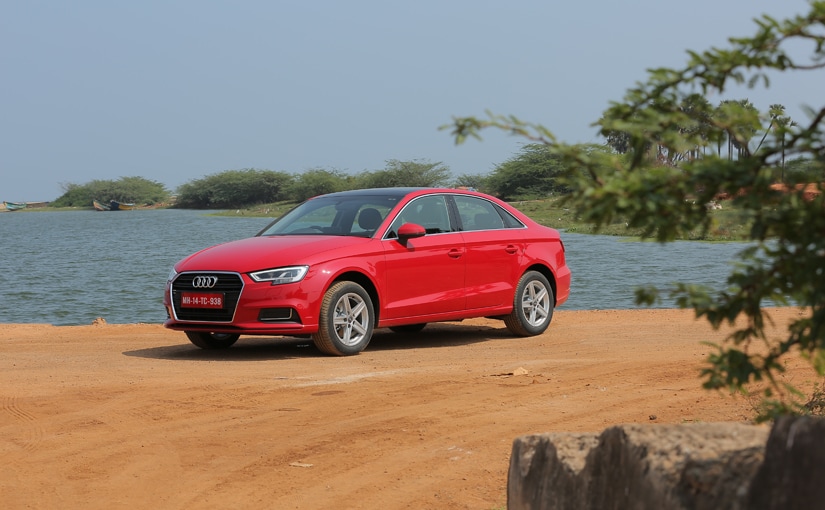 Updates on the Audi A3 facelift are subtle

Both the CLA and A3 are entry-level sedans from Mercedes-Benz and Audi respectively and are quite good looking independently. While both sedans possess the right proportions, it is the CLA that definitely has edge in terms of styling over the Audi. The 2017 Audi A3 facelift gets subtle upgrades in its design but nothing too extensive. The changes include the new and wider single-frame grille, full-LED headlamps, revised tail lights with LED detailing and redesigned bumpers. While the changes are appreciable and puts the A3 in-line with bigger sedans from Audi like the A4 and A6, it can't be termed as awe-inspiring. Meanwhile, the CLA facelift arrived in late 2016 and looks impressive with its coupe-like profile. The petal shaped headlamp and tail lights look impressive, while the bold grille leaves a lasting image. The CLA's design also has better resonance over the A3 and that makes it more favourable between the two. 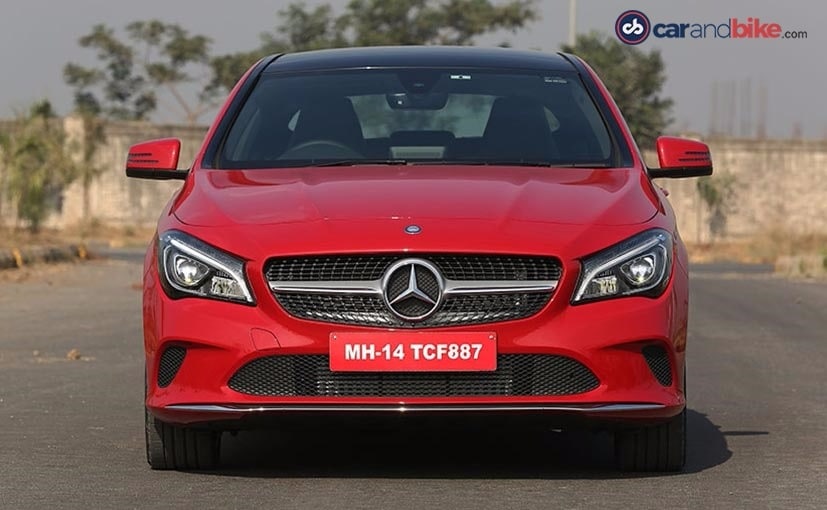 Both the Mercedes CLA and Audi A3 are similar in dimensions with the CLA leading this comparison by a marginal difference in length. The CLA benefits from a longer wheelbase at 2699 mm, but when it comes to overall cabin space, both models are identical. However, the Audi A3 fills a tad bit roomier being the wider car here and the larger windows add to the feel. In comparison, the Mercedes CLA's sloping roofline compromises on rear headroom making for a lesser spacious cabin.

In terms of cargo space, the Mercedes CLA has a bigger boot at 470 litres, as opposed to the Audi A3's boot capacity of 425 litres. With respect to cabin occupancy, both cars, at best, are able to take up to four passengers in comfort while the fifth is a bit of squeeze. 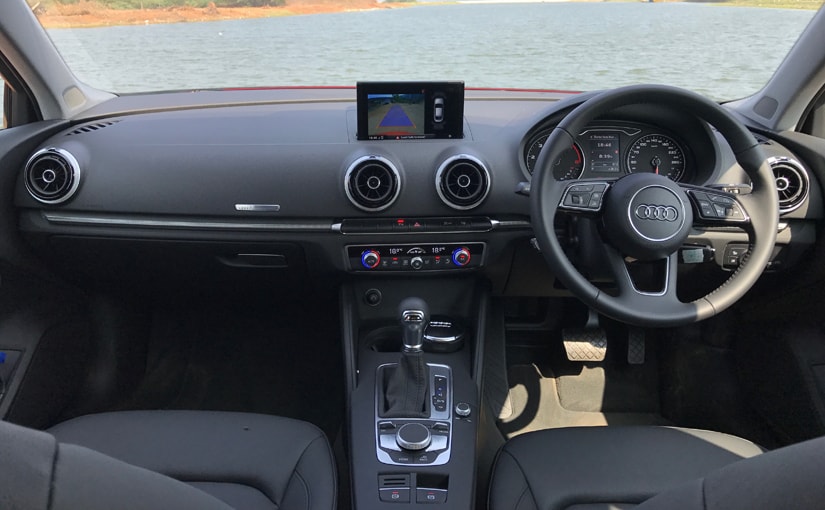 The interiors of the Audi A3 facelift haven't seen a major change and is largely similar to the older model. The cabin layout is clean and makes for a swell appearance. That said, Audi has tastefully added chrome inserts on the dashboard and AC surrounds in contrast to the black dashboard, while the Milano leather upholstered seats add to the premium effect of the sedan. 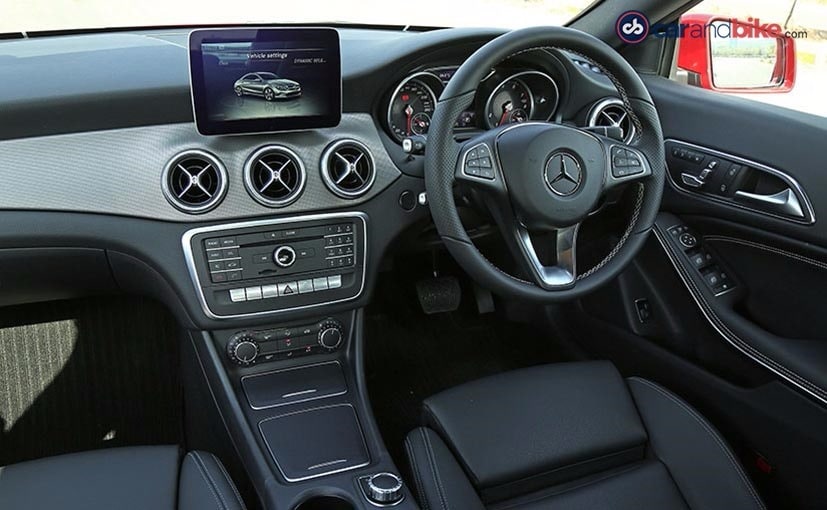 The Mercedes-Benz CLA gets Apple CarPlay and Android Auto

Meanwhile, the Mercedes-Benz CLA also sports a dark cabin finished in black with silver inserts all across. The propeller themed AC vents look cool and so does the twin-pod instrument cluster with the sporty red needles. As we said earlier, the CLA isn't the most comfortable car to be seated in, despite the bucket-style seats at the front and rear, but definitely looks good. On the other hand, the A3 makes a more pleasing cabin in terms of comfort. 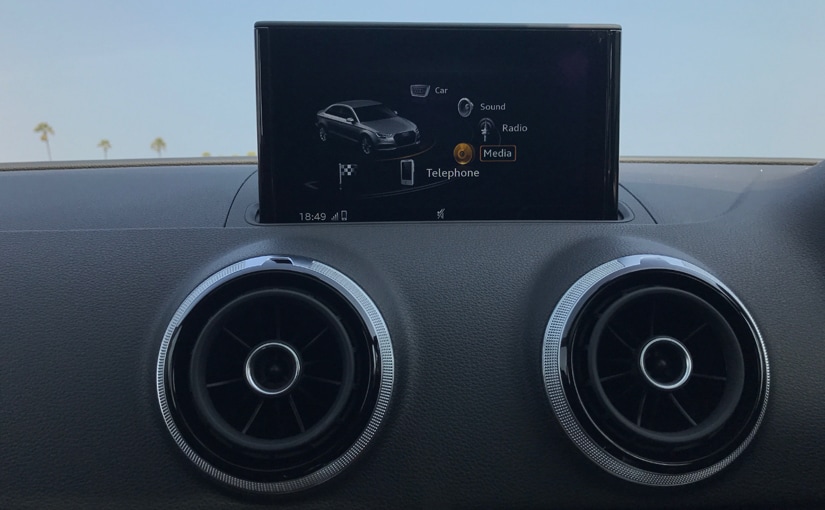 The Audi A3 lacks the goodies seen on the CLA

Audi India has added some neat features on the 2017 A3 including wireless charging for smartphones. You also get cruise control, dual zone climate control, electrically adjustable front seats, MMI navigation, reverse camera and much more as part of the features list. However, Audi has surprisingly given a miss to the start-stop system on the model, which we think is highly disappointing in addition to the Virtual Cockpit instrument console which was equally awaited.

The Mercedes-Benz CLA feels more loaded on the features front and comes with a larger 8-inch infotainment system with COMAND interface. The new system also supports Apple CarPlay and Android Auto which is missed on the A3. The CLA then, feels more premium over the A3 and is more loaded as well. 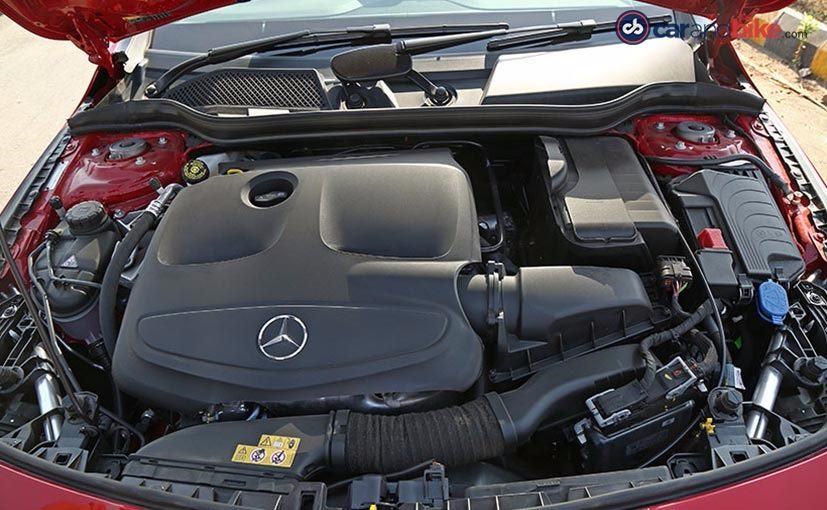 The Mercedes-Benz CLA gets bigger engines over the Audi

Both cars are offered with petrol and diesel engine options under the hood. Petrol power on the A3 comes from the all-new 1.4 litre TFSI motor. The engine replaces the 1.8 TFSI unit on the sedan, taking a cut in the power and torque output. The motor churns out 148 bhp and 250 Nm of peak torque. The engine feels peppy and complements the A3 well. In comparison, the Mercedes CLA uses a larger 2.0 litre petrol engine that belts out 181 bhp and 300 Nm of torque. The power figures are clearly higher than the A3 and the CLA definitely feels sportier to drive. Both engines come paired to a 7-speed automatic transmission. That said, the smaller engine on the A3 makes it slightly more fuel efficient.

Coming to diesel options, the Mercedes CLA uses a larger 2.2 litre motor that churns out 134 bhp and 300 Nm of peak torque. Meanwhile, the Audi A3 uses a slightly smaller 2.0 litre TDI mill capable of belting out 139 bhp and peak torque of 320 Nm. The Mercedes oil burner continues to come paired to a 7-speed automatic gearbox, making it slightly more responsive over the A3's 6-speed automatic transmission. 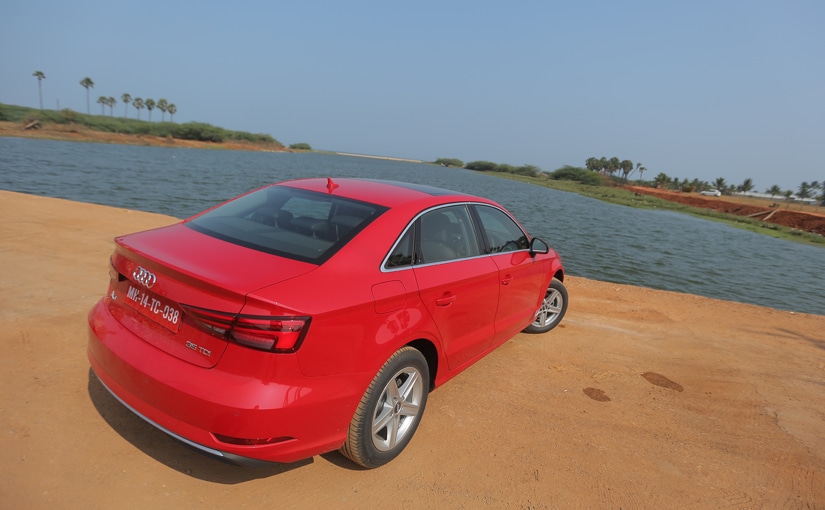 The Audi A3 facelift petrol is competitively priced over the CLA

The Audi A3 has the slight edge when it comes to pricing. The A3 petrol is priced from ₹ 30.5 lakh, going up to ₹ 34.25 lakh for the range-topping Technology variant. The Mercedes-Benz CLA petrol is available in a single trim and is priced at ₹ 34.02 lakh (all prices, ex-showroom Delhi).