The 2017 Hyundai Xcent facelift primarily comes in five variants - E, E+, S, SX and SX (O) offered in a total of eleven different iterations. The prices of the car starts at Rs. 5.38 lakh going up to Rs. 8.42 lakh (ex-showroom, Delhi). 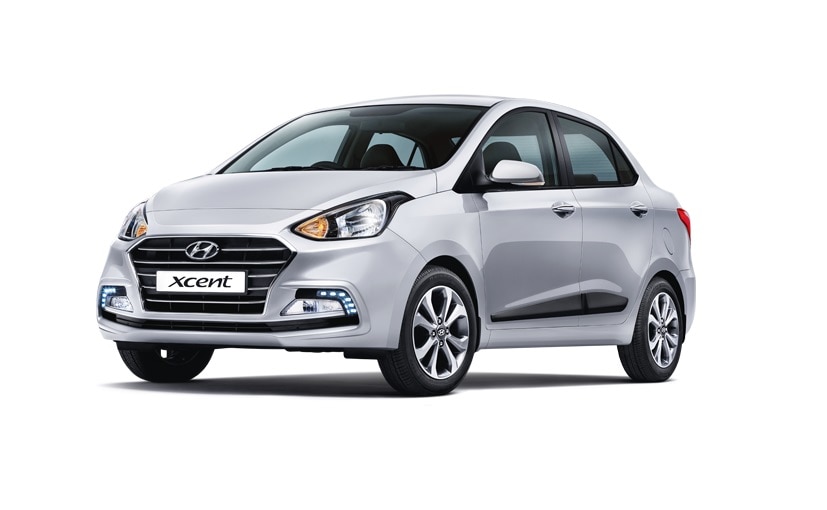 The 2017 Hyundai Xcent facelift was launched with a host of cosmetic changes and features updates. Introduced at the price of ₹ 5.38 lakh to ₹ 8.42 lakh (ex-showroom, Delhi), the updated Xcent subcompact sedan also came with a new and more powerful 1.2-litre diesel engine. Among several other changes, Hyundai also updated the variants of the car and now the Xcent primarily comes in five variants - E, E+, S, SX and SX (O) offered in a total of eleven different iterations. So if you are planning to buy the 2017 Hyundai Xcent and are confused as to which trim best suits your needs, then here's our detailed breakdown of all the variants of the car.

The bare-bones, base variant of the Hyundai Xcent facelift is called the 'E' and misses out on most features that are otherwise advertised with the car. That said, what you do get are all the essentials that your would expect from a modern day vehicle. 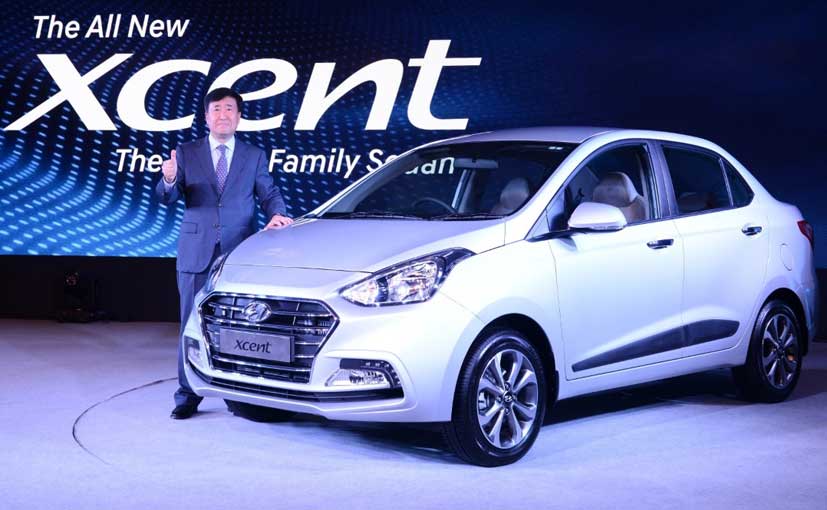 The exterior remains largely the same, but sans some of the fancy bits including the LED DRLs, shark fin antenna, body coloured ORVMs and door handles as well as plastic cladding on the waistline. You also miss out on wheel covers on the E trim. The base Xcent's cabin gets a two-tone beige and black interior, MID unit, blue illumination, multiple storage pockets, manual HVAC unit, front power windows, manually adjustable ORVMs and a cooled glovebox. The audio system has been given a complete miss, while Hyundai has also skipped Anti-Lock Brakes (ABS), digital clock, rear AC vents, keyless entry and much more. You do get the power steering and dual-front airbags as standard across all trims. 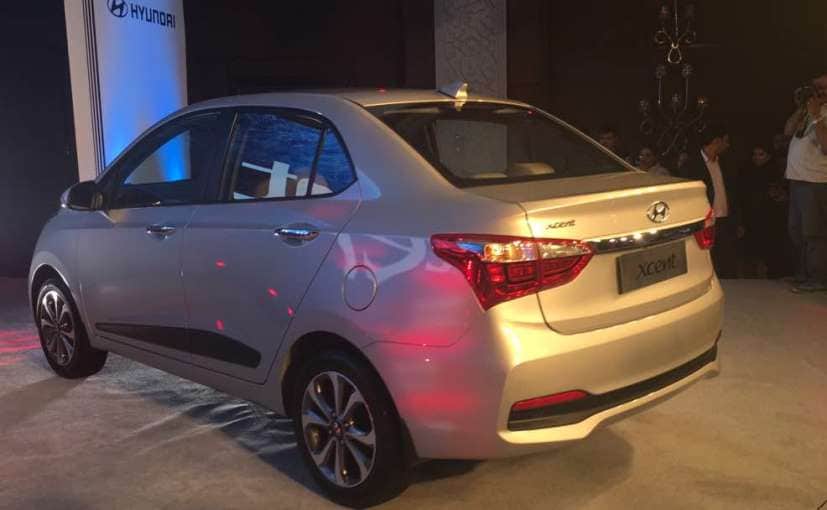 The E+ trims keeps things basic, but adds a lot more over the base E variant on the Hyundai Xcent facelift. The variant adds a few more essentials including central locking, front fog lamps, inside rear view mirror with day and night function. The exterior gets a blacked out B-pillar, body coloured door handles and ORVMs; and full wheel covers. Inside, the remain largely the same as E, but you get a rear seat armrest with a cup holder, rear AC vents, digital clock and a 2-DIN audio system. There are steering mounted control for the audio system as well as Bluetooth, AUX and USB connectivity, which is an absolute must in today's day and age. Other feature additions include rear power windows, power outlets at the rear and electrically adjustable ORVMs. The Xcent E+ makes for a lucrative buy if you are strictly on a budget and can do without the fancy features in the car. In addition, fleet buyers would also want to look into this variant given it practical nature.

The mid variant in the Xcent range, the S trim balances between the fancy features and essentials at an attractive price tag. In addition to the features available on the E and E+ trims, the S adds a rear defogger, folding key, impact sensing door lock, LED DRLs and turn indicator integrated turn indicators. Inside, the cabin gets a premium touch with the metal finish door handles, chrome finish door knob and handbrake lever tip and front passenger seat pocket. The petrol automatic is also available only on the S variant and comes with a smartphone holder with a charging port. Lastly, the S variant adds electrically foldable ORVMs, passenger vanity mirror, luggage lamp and tilt steering on the Xcent facelift. 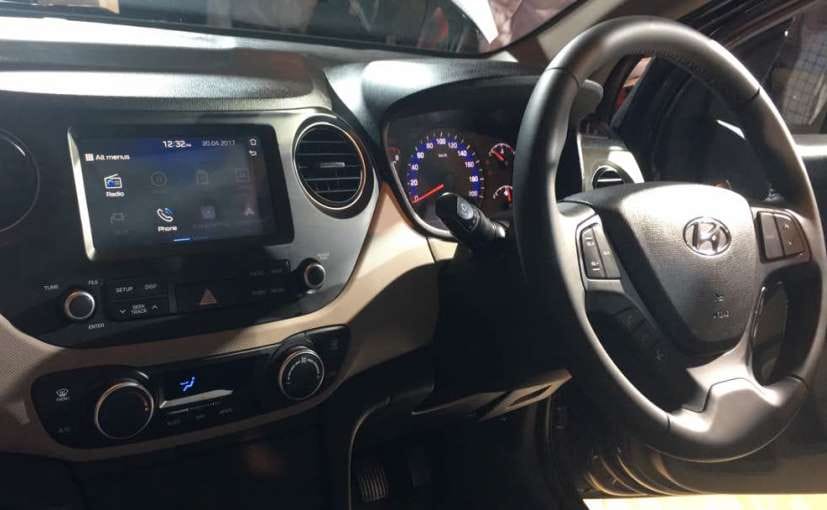 Coming to the premium variants of the 2017 Hyundai Xcent, the subcompact sedan has seen major revisions and most of it is available on the SX and SX (O). Starting with the SX, the trim finally adds Anti-Lock Brakes (ABS) on the Xcent, along with alloy wheels, and body cladding. You also get the 7-inch touchscreen infotainment system with Apple CarPlay and Android Auto as well as MirrorLink. The system also makes way for voice recognition with a button for the same on the steering wheel, and a reverse camera system. Lastly, the SX trim gets the driver seat height adjustment function as standard. 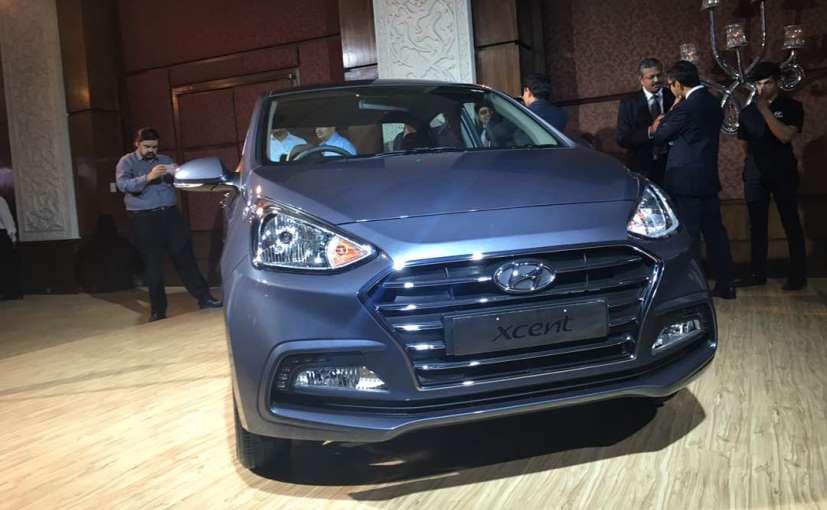 Adding more fancy features on the Xcent facelift, the SX (O) adds bits like the 15-inch diamond cut alloy wheels, smart key and auto climate control. The cabin is spruced up with leather-wrapped steering wheel and gear knob, while you also get a start-stop button as part of the standard feature list.

All features are same on the petrol and diesel versions. The 2017 Hyundai Xcent facelift uses a 1.2-litre Kappa petrol engine tuned for 82 bhp at 6000 rpm and 114 Nm of torque at 4000 rpm. The motor is paired to a 5-speed manual and a 4-speed automatic transmission. Diesel power comes from the new 1.2-litre U2 CRDi motor that churns out 74 bhp at 4000 rpm and 190 Nm of peak torque available between 1750-2250 rpm. The engine is paired to only a 5-speed gearbox. We've driven the car and here's our comprehensive review.