The all-new next generation Skoda Rapid has been finally unveiled and it looks striking, adorning the family design language of the brand quite aesthetically along with being closely related to the Scala hatchback. 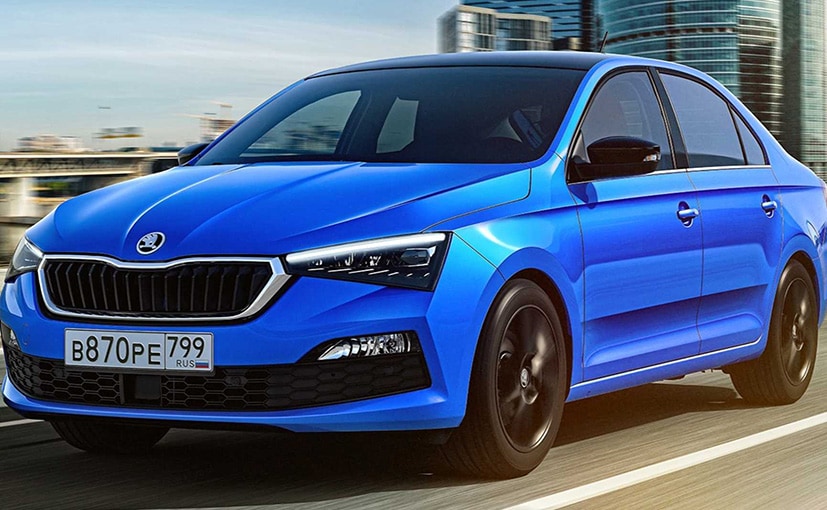 View Photos
The 2020 Skoda Rapid adorns the family design language of the brand.

The Skoda Rapid has been around for a while now and it was high time for the Czech carmaker to introduce a new generation in a bid to elude its aging. It's been almost a year that the Rapid was taken off the production line-up in the European markets, however the model is still selling in India along with other markets like Russia. That said, an all-new next generation model has finally broken cover and it looks striking, adorning the family design language quite aesthetically.

Also Read: Skoda Octavia RS 245 Teased; To Be Showcased At The Auto Expo It also borrows design cues from the Scala hatchback.

Now the best part about Skoda's modern design is that it gets edgier by generations while maintaining the perceived sophistication of the brand. The Rapid too justifies that quite well and relates with the bigger models in the family. In fact, it also borrows some design cues from the upcoming Scala which will be its hatch counterpart. The facade of the Rapid is a carryover from the Scala sporting the same grille and Octavia inspired LED headlights with DRL eyebrows. The contours on the protruding nose and the floating bumper design add aggression to its face while the tight overhangs make it look quite tort. The hood too has been sculpted with layers and in the profile you would notice a minimalist arrow effect, if you give it a closer look. The edge of the front bumper allude the tip of an arrow and then you see a sharp line starting from the headlamp, running across the profile to merge into the LED tail lamp. The rear too reminds you of the Octavia, in fact more of the new Octavia VRS with a similar sleek lip spoiler finished in black and an exhaust cladding that mimics the diffuser. Moreover, it also gets the stretched out Skoda lettering alike all new models from the brand and a rear wash-wipe which looks a bit obnoxious on a sedan. 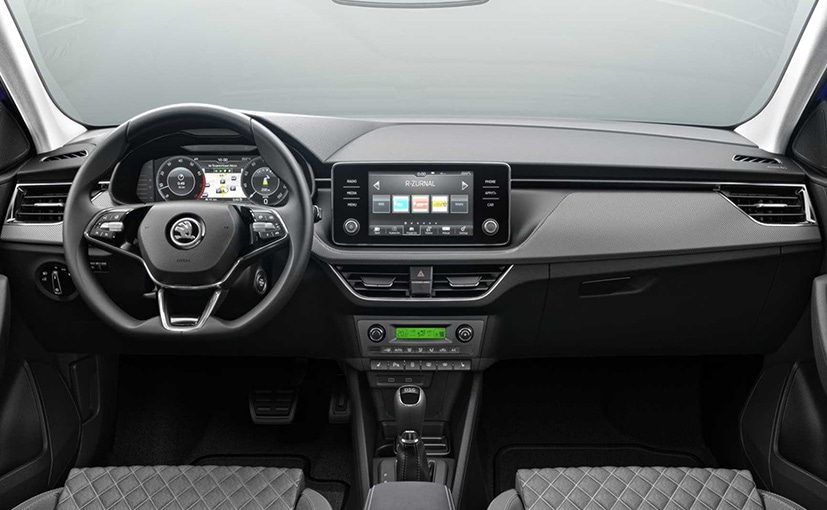 The cabin looks very similar to the Scala's and it gets a tablet like touchscreen infotainment system.

The cabin as well is heavily inspired with the Scala's housing a similar looking dashboard, central console and even the door pads. Though, there are unique elements like the switches for climate control and other operations. In the global market, the Skoda Rapid is likely to get some premium features like heated steering wheel and a tablet-like infotainment system ranging between 6.5 to 8 inches and fully digital instrument cluster. However, we're still not sure of what aall will be carried over to the India-spec model. The engine line-up in the global market include a 1.6-litre naturally aspirated unit in different states of tune and a 1.4-litre turbocharged TSI unit mated to a DSG transmission. 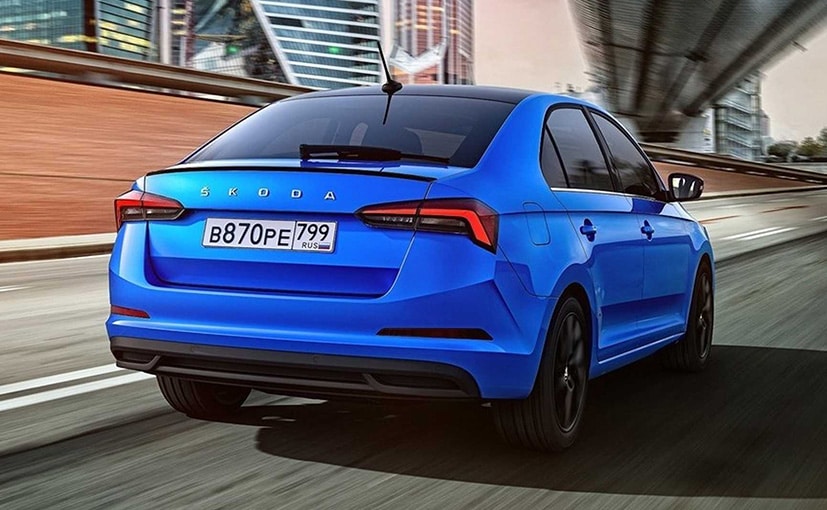 The rear of the Rapid looks similar Octavia's sporting a similar looking lip spoiler and exhaust cladding that mimics the diffuser.

European markets will be the first ones to get the next-generation Skoda Rapid and it will subsequently follow to our market as well in about a year's time. Now the India-Spec Rapid will be underpinned by the MQB A0 platfrom which the VW Group is localizing for our market and will also aid in exports to other Asian and neighbour markets. The product that we'll get mechanically will not be exact similar to the European model but will carry over a lot of inspiration. Hence, it is still early to guess which engines will be made ready to meet the BS6 norms or the brand will come up with an all-new motor.

Hyundai Verna
₹ 9.31 - 15.1 Lakh *
View More
Subscribe to Our Newsletter
Over 1.5+ Lakhs subscribers
Thank you for Subscribing to Us