The Ferrari Purosangue SUV is scheduled for debut in 2021 and we now know it will be underpinned by the Roma GT's front-engined platform and is likely to get the option of a plug-in version. 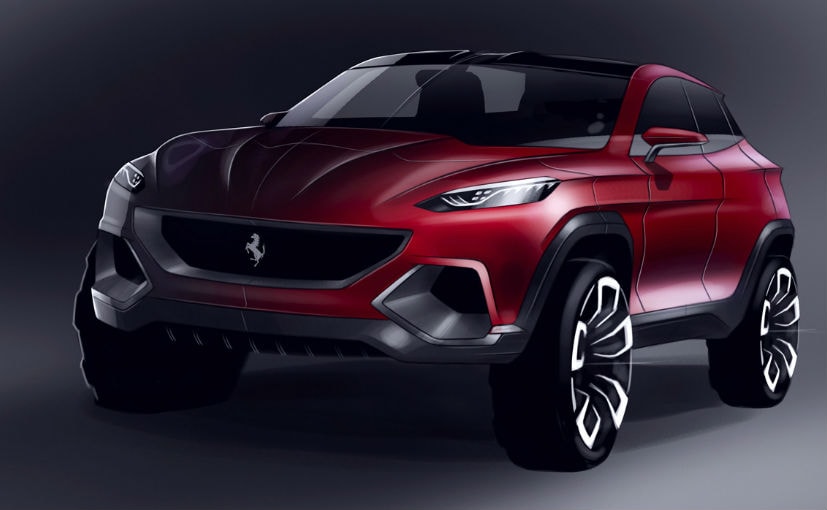 The Ferrari Purosangue SUV or the FUV as the brand's marketing guys like to call it, is coming closer to production. The all-new offering is the first utility vehicle from the Italian automaker, as the brand bucks to the trend of performance SUVs. Now, we already know that the SUV will debut in 2021, but now more details have emerged about the underpinnings, keeping us excited about what's to come. A report from Auto Express reveals that the Ferrari Purosangue will share its underpinnings with the Ferrari Roma GT.

The upcoming Purosangue will use an adapted version of a modular, multi-material, front-engined platform that was first used on the Roma introduced earlier this year. The report quotes Ferrari chief technology officer Michael Lieters who explained that the company has two families of architecture - front and rear - engine families. The front-engined architecture will foresee many models including a 2+2, a four+ layout on the Purosangue, and more.

Lieters further explained that the platform is four-wheel-drive-capable and compatible with V6, V8 and V12 engines. That said, plug-in power will be seen on the Ferrari Purosangue when it does arrive by early next decade. A V12 also seems out of place in the post Euro6 era on most of Ferrari's 15-new cars, with stringent emissions making the engine extremely rare even in the hypercar space. However, the next hypercar from Modena could see the V12 set-up finding purpose with an electric motor for the company.

The report further quotes Ferrari's Chief Marketing Officer Enrico Galliera, who confirmed that the company is working on the next hypercar that will come after 2022. He further hinted that the power output will beat that of the SF-90 plug-in hybrid's 986 bhp. In addition, there will be a major emphasis on the lightness, controllability and aerodynamics of the hypercar, making it a rival to the Aston Martin Valkyrie.

Galliera further said, "The philosophy is to try to be ready with different technologies in order to use them with the necessary evolution. That's why we have a wide range of engines: V12, V8 and, in the future, the V6."

Ferrari will continue to develop the 6.5-litre naturally-aspirated V12 and will combine the electric-battery tech with the motor. That being said, Galliera stated that electrification needs to happen with smaller engines instead of a bigger V12 since the battery technology adds a lot of weight to the car, which means probably creating a big and heavy car. He also confirmed that an all-electric Ferrari is not part of the product plan.