The fourth generation Kia Carnival will get three engine options globally and is a step-up from the existing model in terms of features, interior quality and looks. 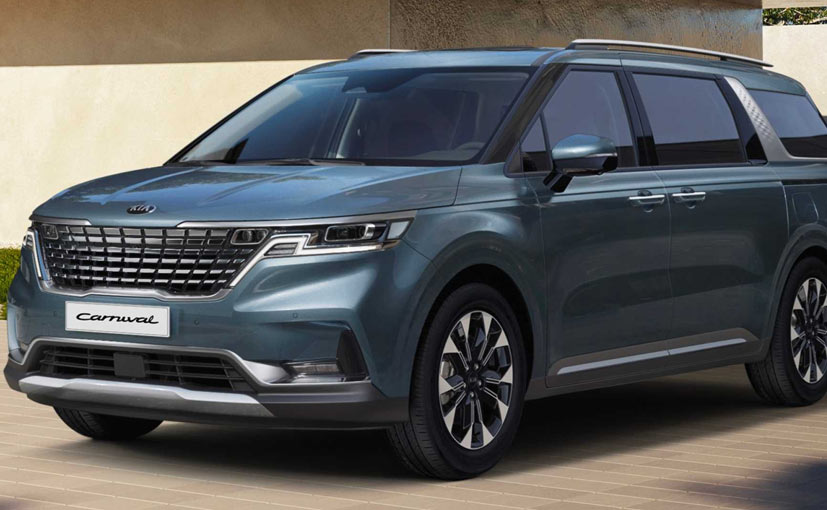 View Photos
The 2021 Kia Carnival is expected to go on sale globally next year.

At a time when SUVs are ruling the roost in the auto market, it takes a very exquisite and loaded MPV or minivan to make a dent in the market and attract enough eyeballs. Kia Motors has tasted success with the Carnival, garnering a fair share of the market. The next-generation Kia Carnival is ready to up its appeal by several notches. It has already made a strong impression when we first saw its pics earlier this year and now the Korean carmaker has shared further details about this upcoming deluxe model. 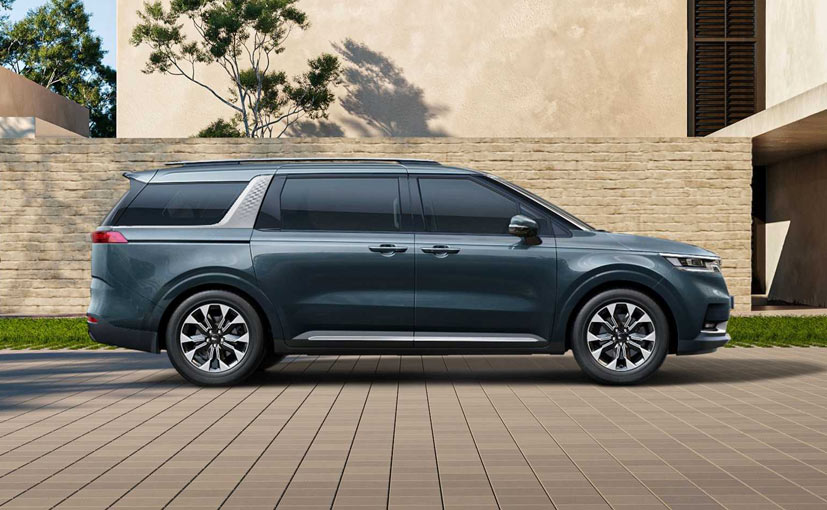 The 2021 Kia Carnival in bigger than the existing model.

To begin with, the 2021 Kia Carnival will be even bigger in dimensions than the existing model. At 5,155 mm, it will be 40 mm longer and the area between front and rear wheels has gone up by 30 mm, with the total wheelbase measuring at 3,090 mm. Not only the dimensions, the upcoming Carnival will also see substantial upgrades under its skin as well. First up, there will be a new independent suspension set up which will help reduce the noise, vibration and harshness (NVH) levels in a bid to up its cabin experience. Kia will also use better sound deadening material, more insulation between the engine bay and cabin and also a full underbody cover. 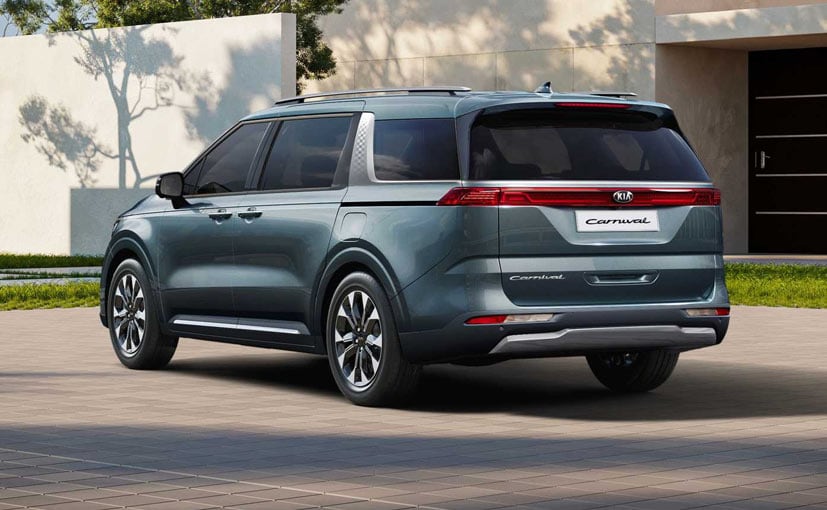 The 2021 Kia Carnival will get an updates suspension setup and cabin insulation.

The new column-mounted electric power steering will be replacing the hydraulic power steering in its predecessor. Kia claims that the new steering system is more responsive and its ratio is 5.6 percent quicker and enables Kia to integrate new driver assistance systems. So it gets new technologies like lane-keeping assist, blind-spot monitoring and forward collision-avoidance assist with cyclist, and pedestrian detection. Moreover, it is also equipped with a semi-autonomous Level 2 driving system along with Safe Exit Assist that prevents the power-sliding rear doors from opening if it detects a car is approaching from behind. Then if it senses a crash, automatic braking is activated to reduce the severity of a possible second impact. Now we are not sure how much of it will make it to the India-spec model. 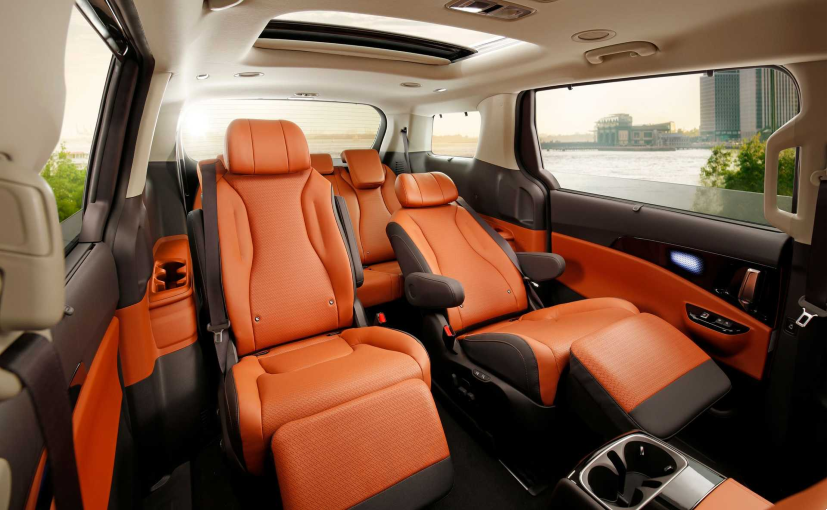 The 2021 Kia Carnival gets powered second row seats which can be reclined as well. 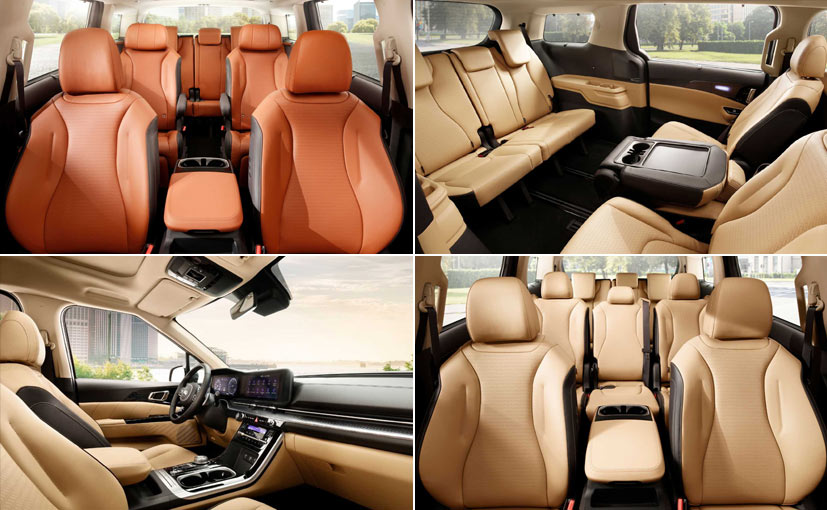 The 2021 Kia Carnival will be offered in 7, 9 or 11 seating configuration options.

We have already told you that the Carnival will be offered in three- or four-row seating configurations, with 7, 9 or 11 seating configuration options. The existing India-spec model only comes with 7, 8 and 9 seating configuration option. The popular 7-seat option gets reclining captain chairs for the second-row occupants, with power adjustable backrests, armrests and leg rests providing superior comfort. It will also get also get other features like multiple charging ports, storage nets for mobile devices, and a new storage drawer in the base of the rear console, with a tray for storing tablets or phones above a larger storage area. 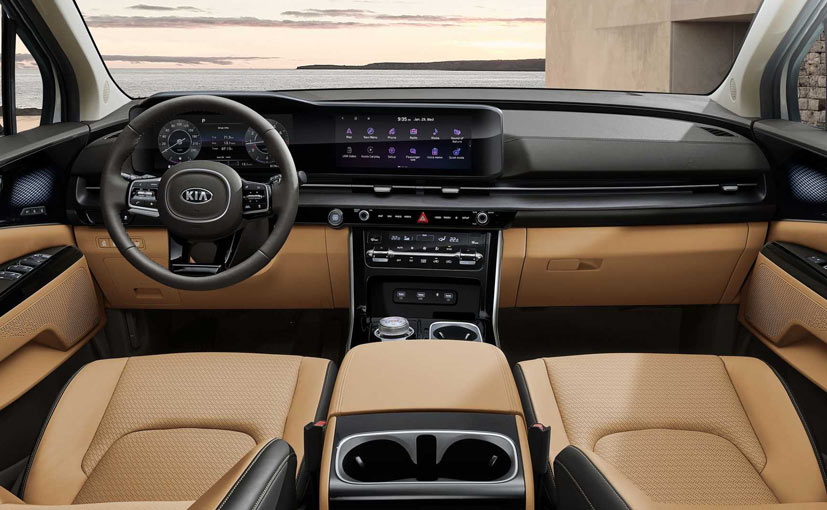 The 2021 Kia Carnival will get an even premium cabin with updated features.

Compared to the existing model, the MPV gets an all-new dashboard with a large 12.3-inch single unit display that has been divided into a fully digital instrument cluster and an infotainment system, with haptic touch controls. The new Carnival also gets a new 3-spoke multi-functional steering wheel, along with new soft-touch panels for the dashboard with white stitching and, new beige/grey dual-tone interior with matching upholstery. The air-con controls have also been updated, and the new centre console comes with a piano black finish with a shift-by-wire rotary dial instead of a gear lever for the transmission. In terms of features it gets sliding electric rear doors, LED headlights with daytime running lights (DRLs), LED taillights, UVO connected car technology, panoramic sunroof, tri-zone climate control, Android Auto and Apple CarPlay, ventilated front seats and ambient lighting, multiple airbags, antilock braking system (ABS) with electronic brake-force distribution (EBD), front and rear parking sensors and electronic stability control among others.