While Kia Motors India is yet to officially open bookings for the upcoming Sonet subcompact SUV, select dealers across Mumbai, Hyderabad, Chennai, and Delhi are accepting pre-orders for a token of up to Rs. 25,000. 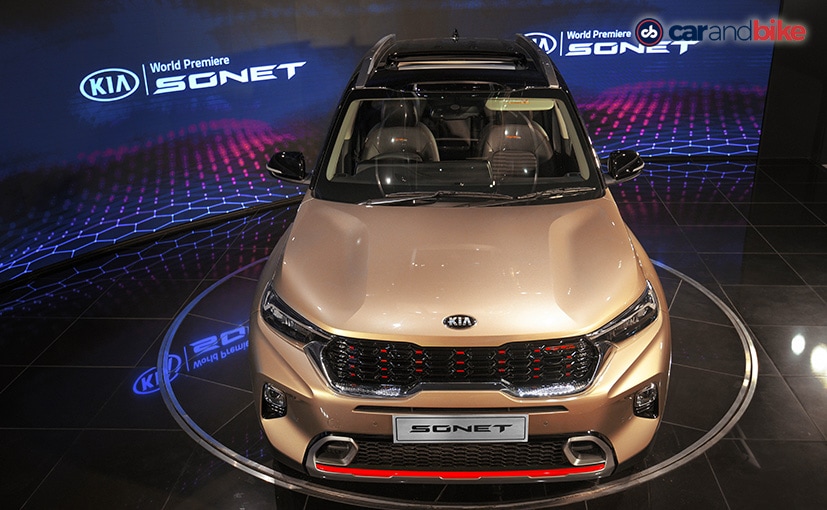 Kia Motors India dealers have unofficially opened pre-bookings for the upcoming Kia Sonet subcompact SUV. While the company is yet to officially open its order books, select Kia dealers in Mumbai, Hyderabad, Chennai, and Delhi are currently accepting pre-bookings for a token of anywhere between ₹ 12,000 to ₹ 25,000 depending on the city. Most of the dealers we spoke to have told us that the SUV is expected to reach the showroom around the first week of September, and that is when the prices will also be announced. We expect the new Kia Sonet to be launched at ₹ 7 lakh to ₹ 12 lakh (ex-showroom). 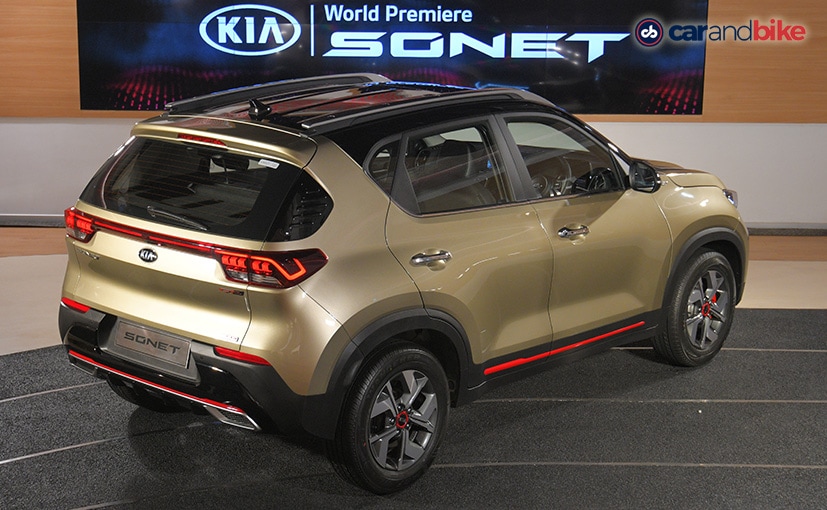 Most Kia dealers are accepting pre-bookings for the tKia Sonet for a token of anywhere between ₹ 12,000 to ₹ 25,000 depending on the city

Like the Seltos, the Kia Sonet will also come in GT-Line and Tech-Line trim options with multiple variants. The variant details and specifications are yet to be announced, however, the new Sonet will come with three engine choices - a 1.2-litre naturally aspirated petrol engine, a 1.5-litre diesel motor, and a 1.0-litre turbocharged petrol engine. The turbo-petrol unit is expected to be offered only with the GT-Line variants. Transmission options will include a 5-speed manual, a 6-speed manual gearbox, a DCT automatic, 6-speed Intelligent Manual Transmission (iMT) unit, and an automatic torque converter unit for the diesel model. 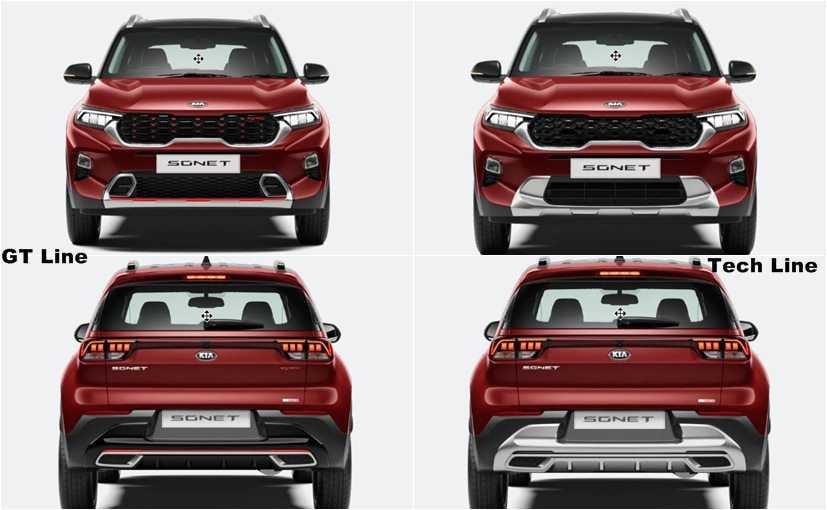 Visually, the new Kia Sonet comes with a bold design with aggressive styling, very similar to the concept car that was showcased at the Auto Expo 2020. The SUV will come with LED headlights, LED daytime running lamps, and LED taillamps, along with a set of sporty 16-inch alloy wheels, roof rails, beefy underbody and wheel arch claddings with faux skid plates. The GT Line trim will also come with sportier bumpers with black exterior details, GT-Line badging on the grille and tailgate along with red exterior accents.

The cabin too will come with a premium design, offered in either a dual-tone beige/black treating (Tech-Line) or all-black interior with red accents (GT-Line). The GT-Line trim will also come with a flat-bottom steering wheel. The features list includes -a 10.25 inch HD infotainment display with Kia's UVO connected car tech, premium Bose 7 Speaker sound system with mood lights, segment-first ventilated front seats, air purifier which claims to come with virus protection, wireless phone charger, and an electric sunroof among others. Kia says the Sonet will feature an extensive list of active and passive safety equipment, including up to six airbags - including front, side and curtain airbags.